So, as some of you guys know, I tried out for Season 10 of the Next Food Network Star last week.

I haven’t heard anything yet — but I’m hopeful, and if nothing else, SO glad I did it!

Anywho, while I was in the waiting room with the other hopefuls, I met an interesting breed of foodies: The Foodie One-Uppers.

As I was nervously waiting my turn to audition, I couldn’t help but hear the foodie one-upping that was engulfing the room.  I’m sorry, but listening to two super healthy, gluten-free foodies one-up each other is probably the reason why Vincent Van Gogh lopped off his own ear as I certainly debated doing the same.

I never really thought two people could and would one-up each other so hard over rice flour.

I kept having to remind myself that they were bickering over quinoa.  No offense to that circular grain but, you really are not all that and a bag of chips.  And I would never fight over you.

“Where I’m from, my bakery is extremely popular among the gluten-free people.  It’s been featured in magazines and local papers a bunch of times.”
“That’s nice.  Where I live, my restaurant has been featured on Diners, Drive Ins and Dives.”
“Oh yeah?  Well my bakery has been featured on Cupcake Wars… and I won.”
“Oh, you won Cupcake Wars?  That’s cute.  I won Iron Chef.”
“That’s nice, but I actually won Extreme Iron Chef, which is when the Iron Chefs have to cook with no utensils and use cruelty-free, vegan quinoa to make brittle in 118 degree weather.”
“How interesting!  Except I won Extreme Iron Chef AND I was recognized by the President.”

I couldn’t wait to get out of that room and as far away from Foodie One-Uppers as humanly possible.  And I pretty pretty promise you that when I win Food Network Star and eventually get my own show, I neeeeever will Foodie One-Up anyone.  OR make quinoa brittle because ain’t nobody got time for that. 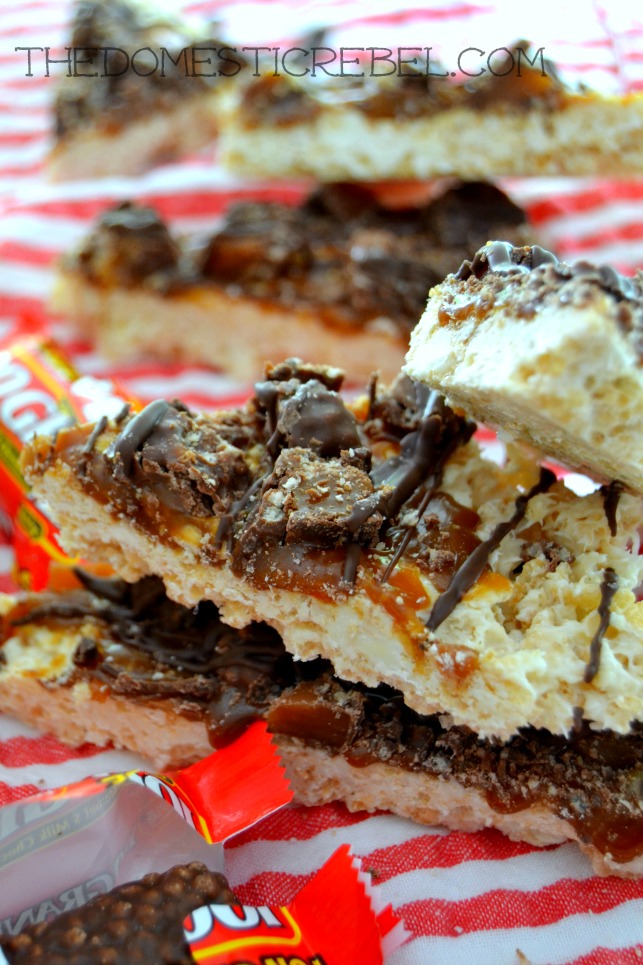 I will, however, make sinfully delicious bark that tastes identical to a 100 Grand candy bar because that’s what cool people do.  AND because I am seriously convinced that this bark DOES have magical powers.

Take a bite… and then tell Bob and Suzie that I need my own show already, sheeeeeeesh. 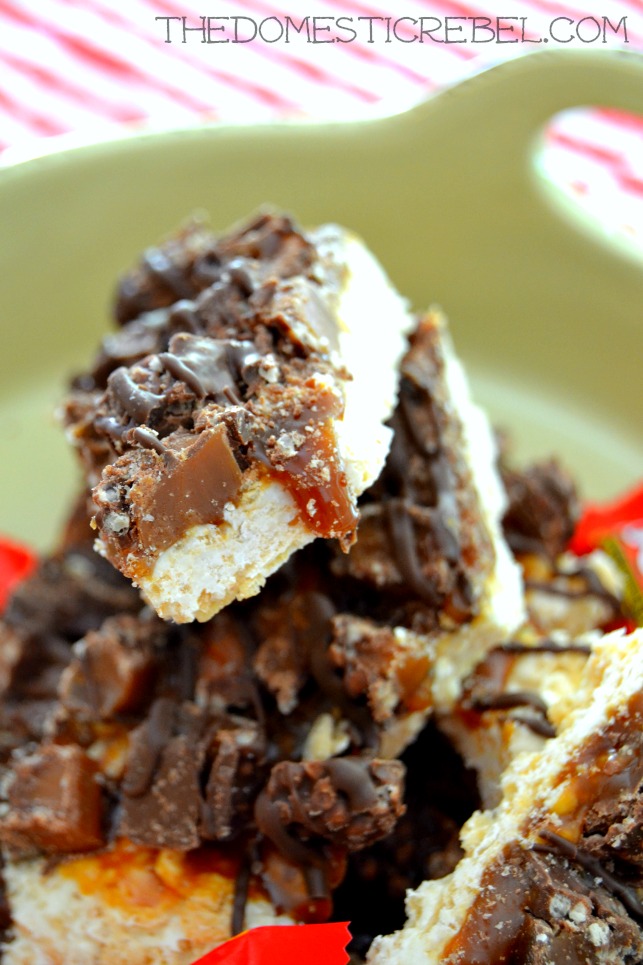 This bark is such a fun and unique treat to serve up 100 Grand candy bars!  Since 100 Grands are made with crispy cereal, caramel and chocolate, this is the perfect combination to recreate this classic candy.  If you’re a super chocolate fan, feel free to use semi-sweet chocolate chips instead of the white chocolate.  Or to make this bark more sweet and salty, try substituting peanut butter chips in for the white chips.  I don’t know about you, but peanut butter and caramel together = to diiiiie for.

Leave a Reply to Emily @ Life on Food Cancel reply 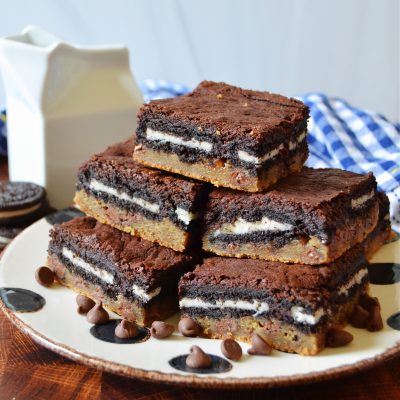