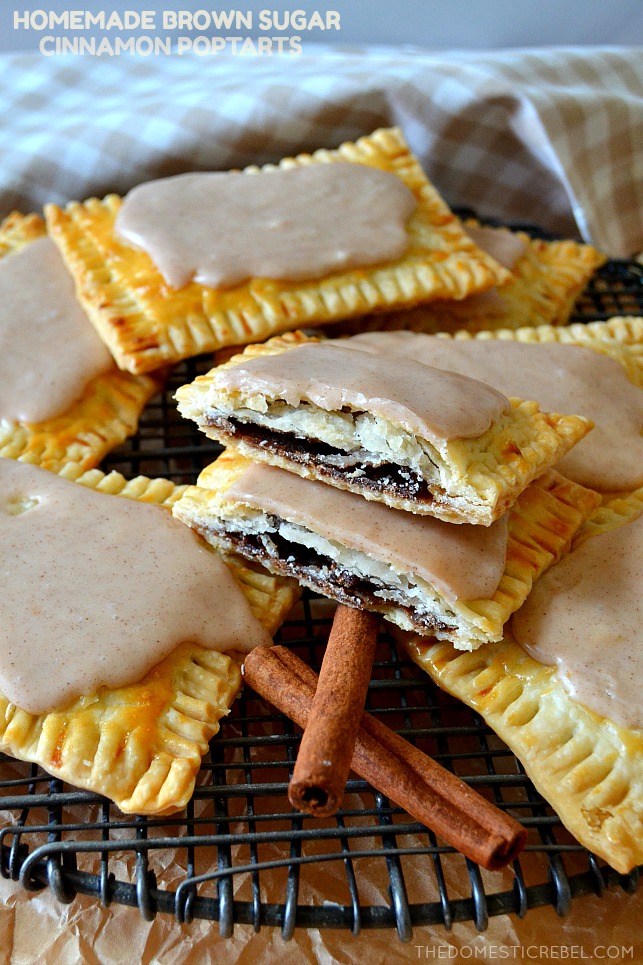 These Homemade Brown Sugar Cinnamon Pop-Tarts taste even BETTER than the store-bought kind with ingredients you can control and pronounce and TONS of flavor!

One of my favorite food groups is snack foods.

In fact, sometimes I use snack foods as a meal when I don’t feel like putting together a whole lunch or don’t have all the components. For instance, sometimes I’ll just have plain deli turkey, a few pickle spears, a handful of pistachios and a string cheese. Totally snacky, yet healthy.

But lest you think I’m some kind of health food goddess, I also have snack food meals consisting of chips and salsa, a few pieces of salami and jelly beans.

Especially now since we’re ordered to stay home, I can’t just run out and grab a self-respecting lunch. Sometimes I gotta go rogue, ya know?

One of my fave snack foods since childhood has to be Pop-Tarts! We always had them in the pantry growing up and I love them ANY time of day. My favorites used to be these blueberries and cream ones where the sprinkles changed colors as they baked in the toaster. But the reigning favorite champ has always been and will always be brown sugar & cinnamon Pop-Tarts!

When it comes to my clothes, I’m loud and flamboyant, but when it comes to food I’m more traditional. I look at the Pop-Tarts shelves now in the stores and there’s hot fudge sundae, red velvet, pretzel!? But when it comes down to it, nothing beats one of the classic flavors like brown sugar & cinnamon! 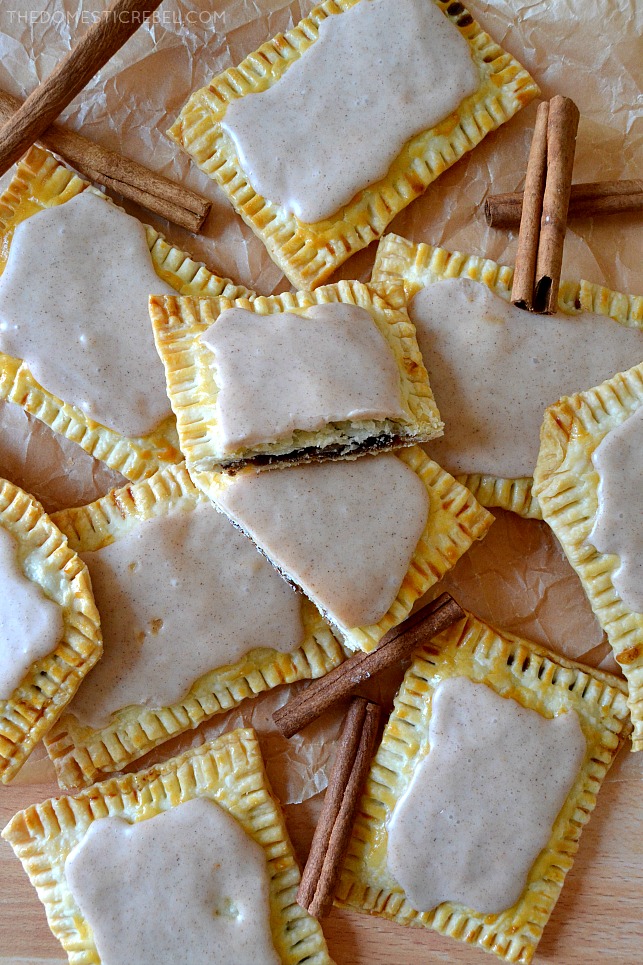 These Homemade Brown Sugar Cinnamon Pop-Tarts are a cinch to make, come together quickly and taste WAY better than the store-bought kind, I promise! My version uses refrigerated pie crusts, but you can absolutely use your own homemade pie crust recipe if you have one! I just love the ease and quickness of refrigerated pie crusts.

You’ll simply roll out and cut your pie dough into little rectangles, then make your brown sugar cinnamon filling, pile it high on a pie dough piece and crimp another sheet of pie dough over it to create the Pop-Tart. Brush them with egg wash, bake, and then glaze! So easy and great to make with kids, too! Let them help fill the Pop-Tarts or mix up the glaze! 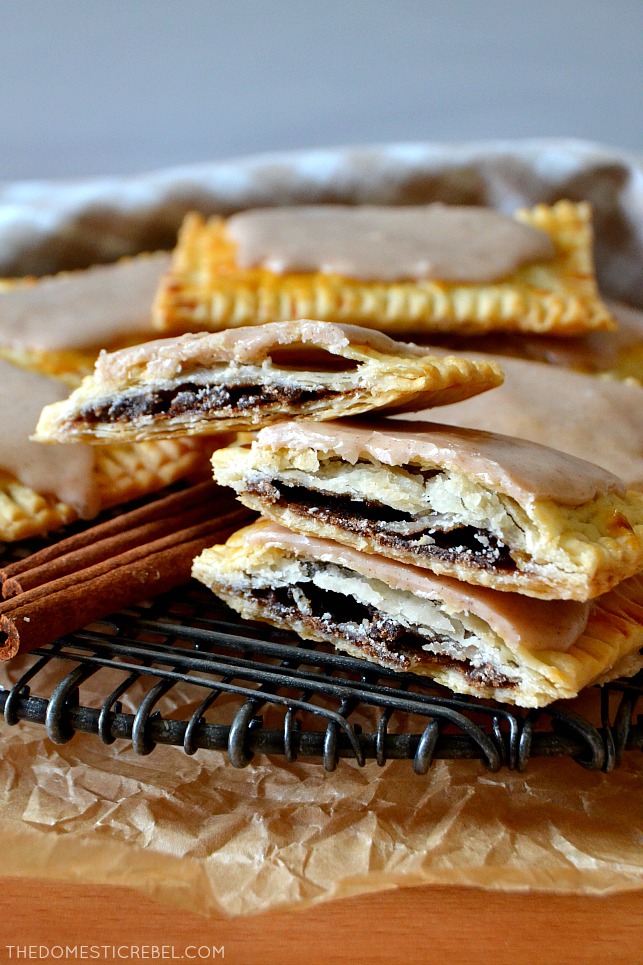 You guys are going to LOVE these!! 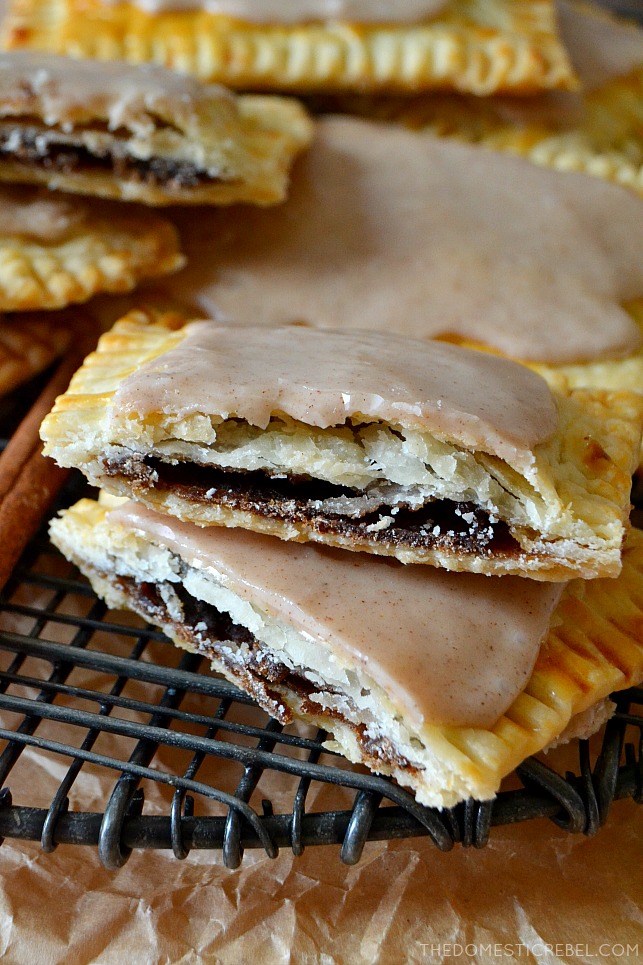 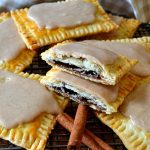 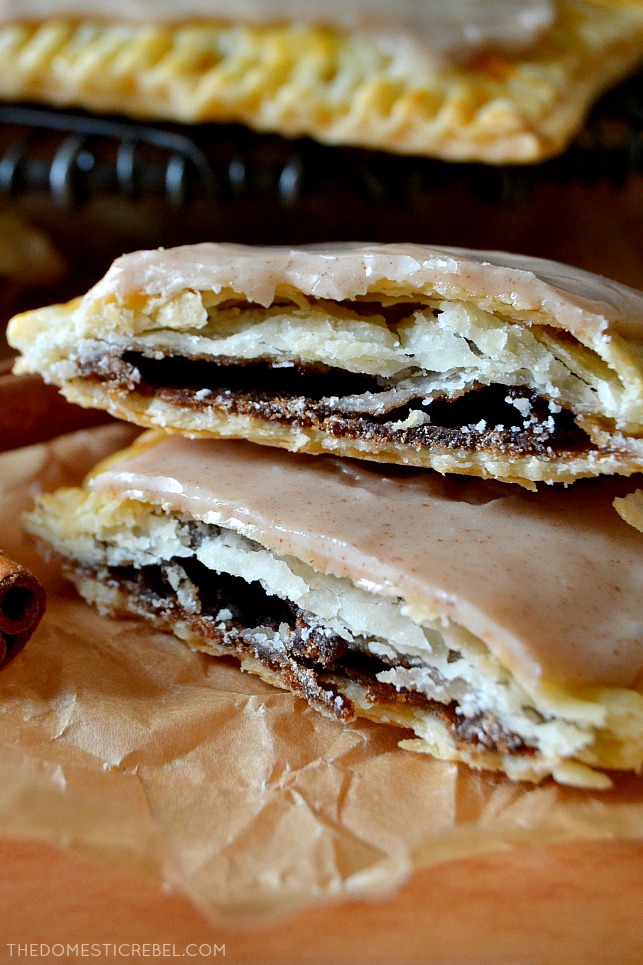 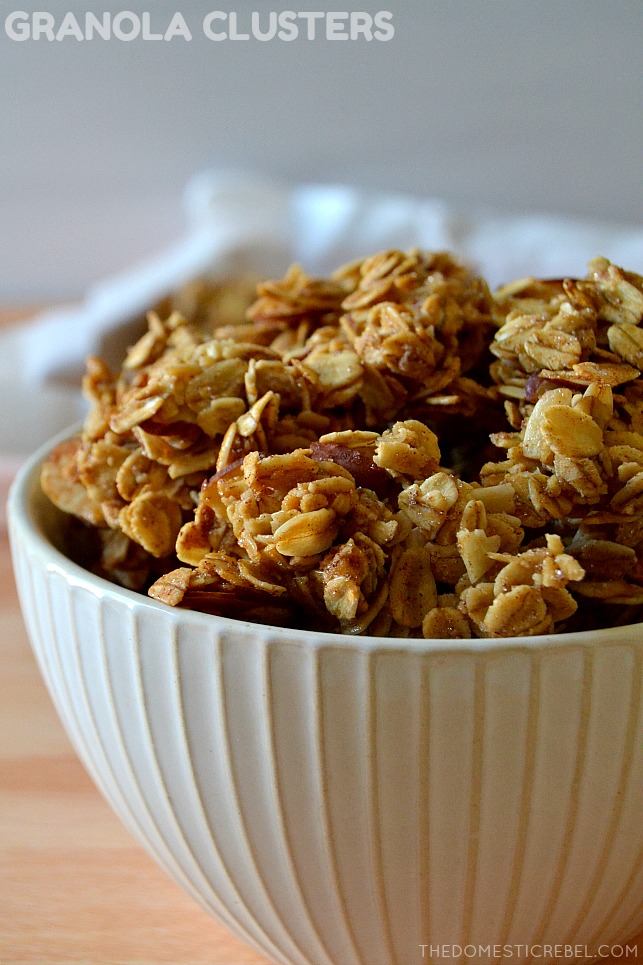 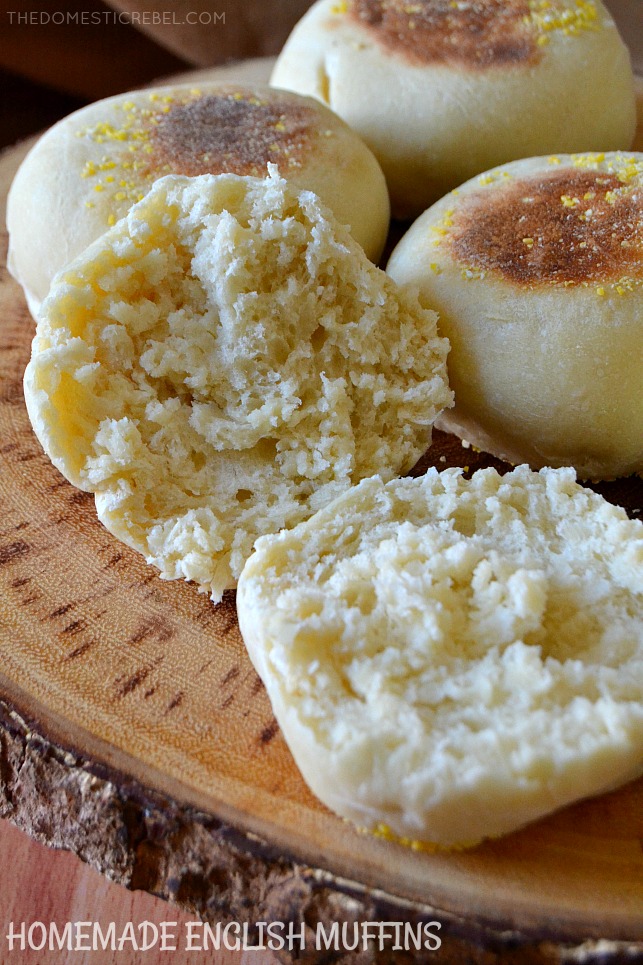 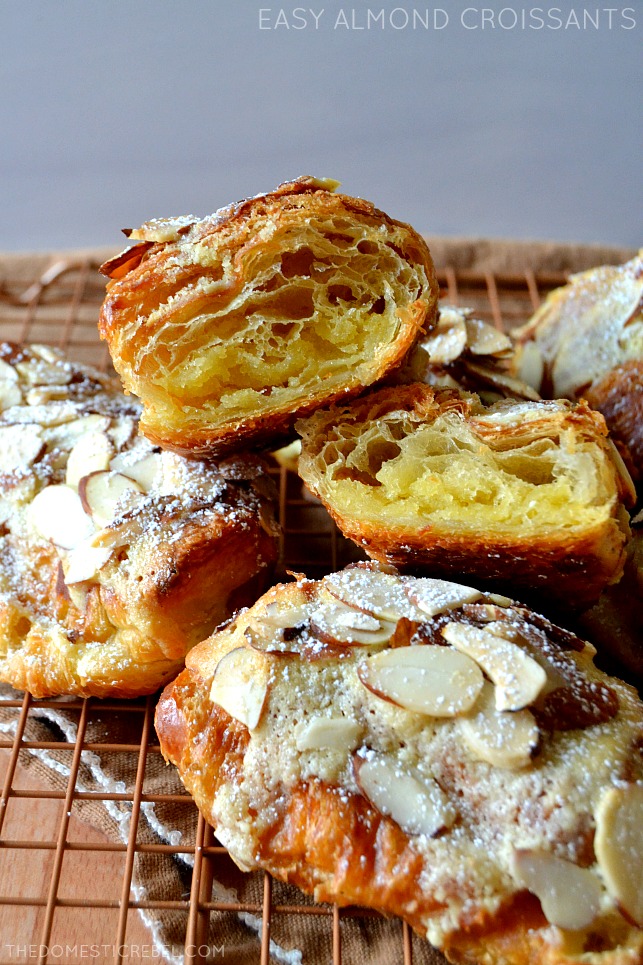