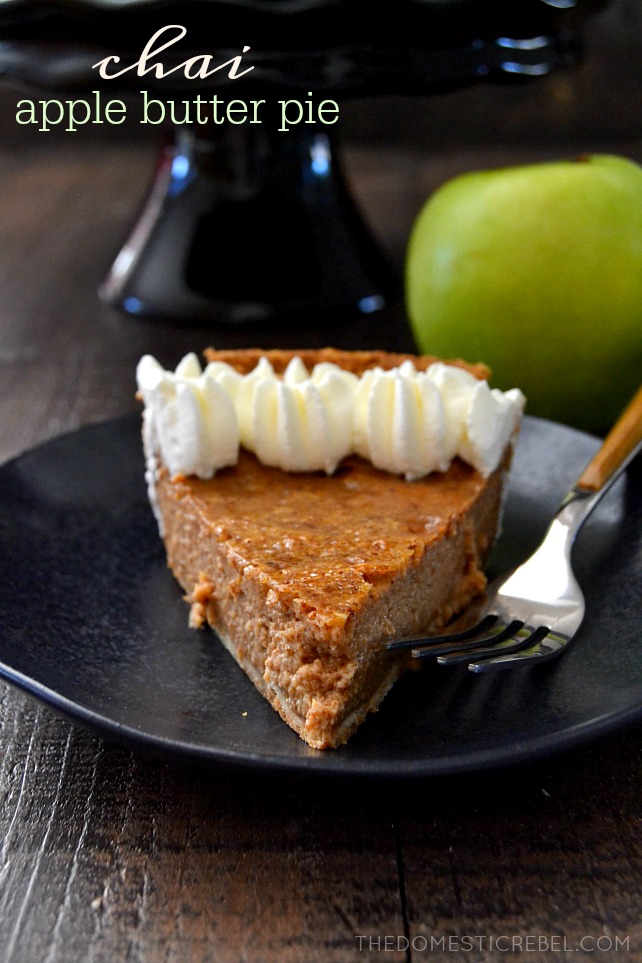 Don’t be mad, but I’m totally on a chai kick right now.

There’s something so underrated about chai spices. I never see chai desserts, and I don’t frequently overhear people at coffee shops ordering chai.

In fact, I even struck up a conversation with a woman who also had ordered chai at our local coffee shop about how odd/awesome it was that she ordered chai. I also managed to simultaneously look like a total freaking CREEP for overhearing her order and questioning her about it. I only realized this in retrospect, which was probably a blessing since I would have turned beet red had I actually paid attention to her shifty eyes searching for a way out of this awkward conversation.

Is this why I don’t have friends?

Anywho, what I’m trying to say is, chai is one of my favorite drinks to order at coffee shops. There’s something so warming, comforting and familiar about chai. Maybe it’s the array of spices I know well, but when combined together create this power couple that’s just so alluring. Or maybe it’s because I have a knack of ordering the most expensive beverages next to frappuccinos.

When I think back, I don’t even remember the first time I tried chai. If I think back really hard, I *think* it’s when I used to belly dance in high school. Yes, that sentence was correct. I was a belly dancer. I am not anymore, because one day I actually watched myself in the mirror and realized I’m an atrocious dancer with zero rhythm. It was like Elaine Bennis was belly-dancing. All thumbs and kicks, no sexy ab-rolling or undulating.

Anyway, I remember that my belly dancing class had a small performance at a little dessert cafe that had a stage. We were all crammed onto this teeny stage, so much so that half of my dance moves were off-stage. (Probably for the best, as this wasn’t a comedy show and I’m afraid people would have laughed at my poor attempt at Shakira hippage). Afterward, I got a hot cup of chai and it just felt so soothing after a rousing performance. And since then, it’s been a favorite of mine.

Side note: that was also the first time I tried a cigarette. My mom had dropped me off at my dance studio and I was the only young person by like, at least 15-20 years. Someone in the group passed me their cigarette and wanting to fit in, I took a half-hearted drag and ended up not even smoking properly because when I blew like I was blowing a house down, no smoke came out and it was really awkward and I felt like everyone was like, “damn, this poor chick can’t dance for crap and she fails at smoking cigarettes.”

Also, I was so afraid my mom would think that my ~1 puff on a cigarette would make me reek of smoke, so on the way home from the performance I stuck my head out of the window hoping she wouldn’t smell cigarette smoke on my breath, because THAT’S NOT SUSPICIOUS AT ALL, HAYLEY.

So thanks, belly dancing. You made my abs look glorious even if I looked like a poor man’s white version of Shakira. And you introduced me to chai, which is forever my favorite. And you made me fail at smoking. Thanks for the memories.

Let’s get to this pie, shall we? It’s a riff on my Apple Butter Pie from last year but with those glorious chai flavors. If you don’t like pumpkin pie, this is a wonderful alternative because it has that creamy, smooth pumpkin pie texture but is flavored entirely with apple butter. And if you like chai, well, it’s a no brainer. 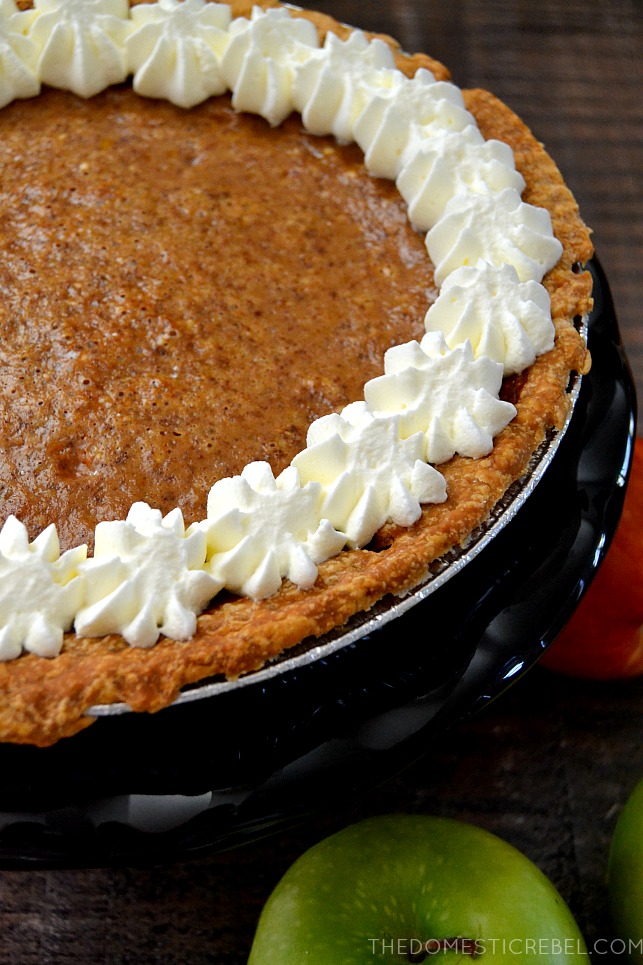 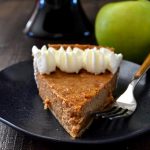 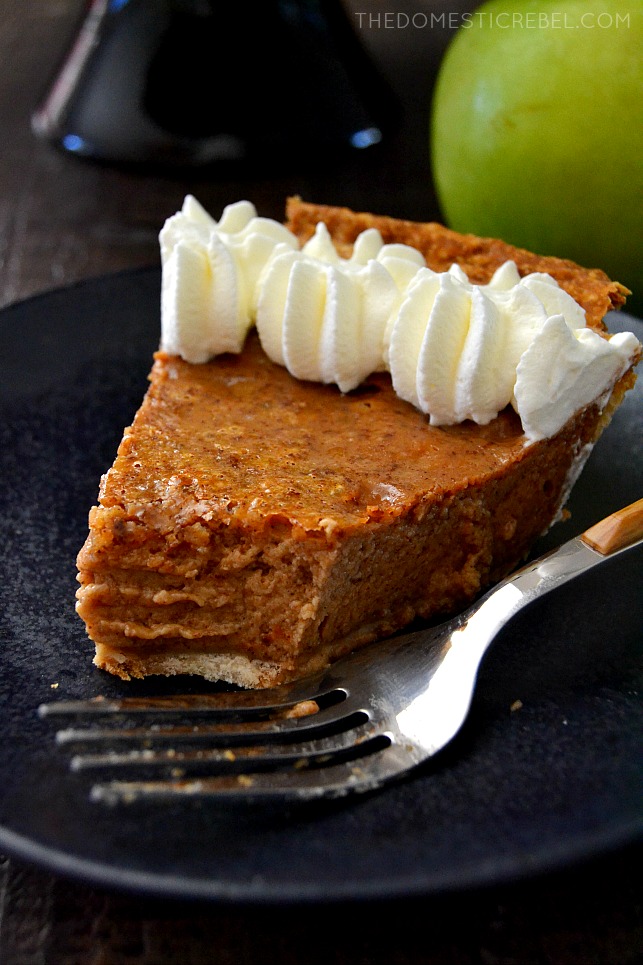 Sweet, spicy and buttery-smooth with flavorful apple butter, this pie will be a staple at your holiday festivities!