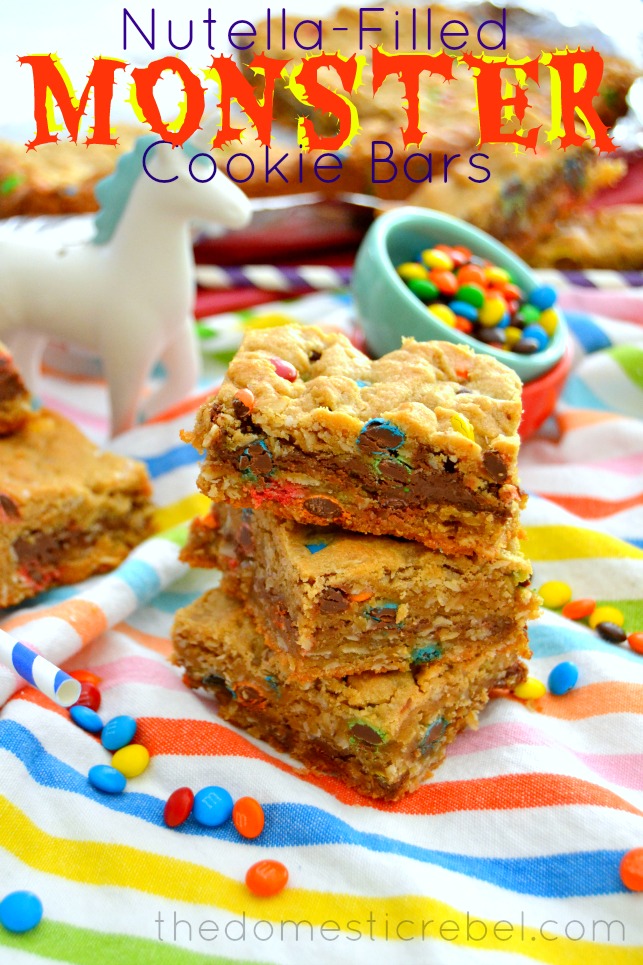 Were you ever scared of monsters under your bed or hiding in your closet?

I was, but I was weirdly scared more of human monsters lurking around.  I was, and always have been paranoid about someone trying to kill me for some reason.  Maybe it was all of the Forensic Files I was exposed to as a child.

It was as if the second I heard Peter Thomas’ iconic voice, I knew some human monsters had effed up again and killed someone.  And the scary theme music.. couldn’t even deal.

However, because of my morbid childhood curiosity, and because I am incapable of saying no, I begged my parents to let me watch Forensic Files so I could catch a glimpse of some blood or crime scene photos since I was also a mega-creep.  Even though the stories frightened the living poop out of me, I still loved to watch it.  Nevermind the fact that I had nightmares and was always petrified that some scary, mask-wearing person was hiding out in my closet.

Which brings me to my next point … do you ever check behind shower curtains, too?  I do, but I’m wondering WHY we even do that.  Allow me to explain.

Think of all the movies in existence that feature shower horror scenes — what makes you think hiding out in a shower would be a good choice anymore?  I mean, yeah, to catch someone completely off guard, maybe.  But then there are the paranoid freaks like myself who always A) leave the shower curtain completely open upon leaving the bathroom or B) check before I even shut the door, so your striking time would be significantly limited if I were to come in.

And come on.  Do you really want Peter Thomas to tell the world that you used the most cliche hiding spot ever to kill someone?  How embarrassing.  He probably would have like seven outtakes because he was laughing at you over your poor hiding choices.

Anywho.  There is one monster I don’t mind, and that would be monster cookies.  Frankly, I’m not sure why they’re called monster cookies, but my best guess is probably because they’re filled with peanut butter, oats, chocolate chips and M&M’s, which makes them monstrous in flavor and size.   And these bars are no exception! 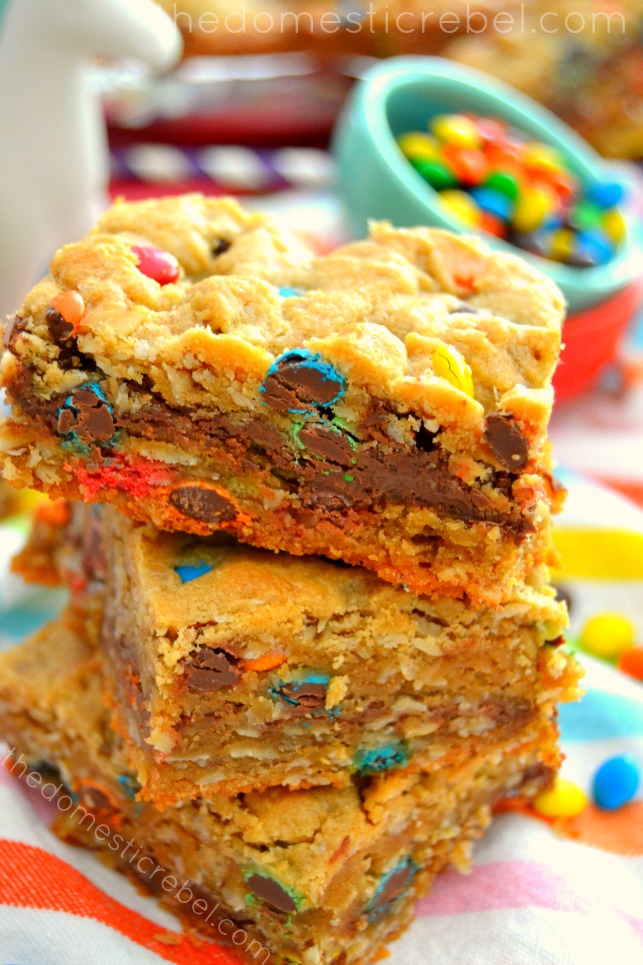 I took my favorite-ever Monster Cookie recipe and layered in in a 13×9″ baking pan but swirled some creamy Nutella spread in the middle.  By first glance, you’ll never know there’s a gooey, chocolatey ribbon of Nutella swirled throughout these soft and chewy bars until you take a bite.

And trust me, there will be more than one bite taken 🙂 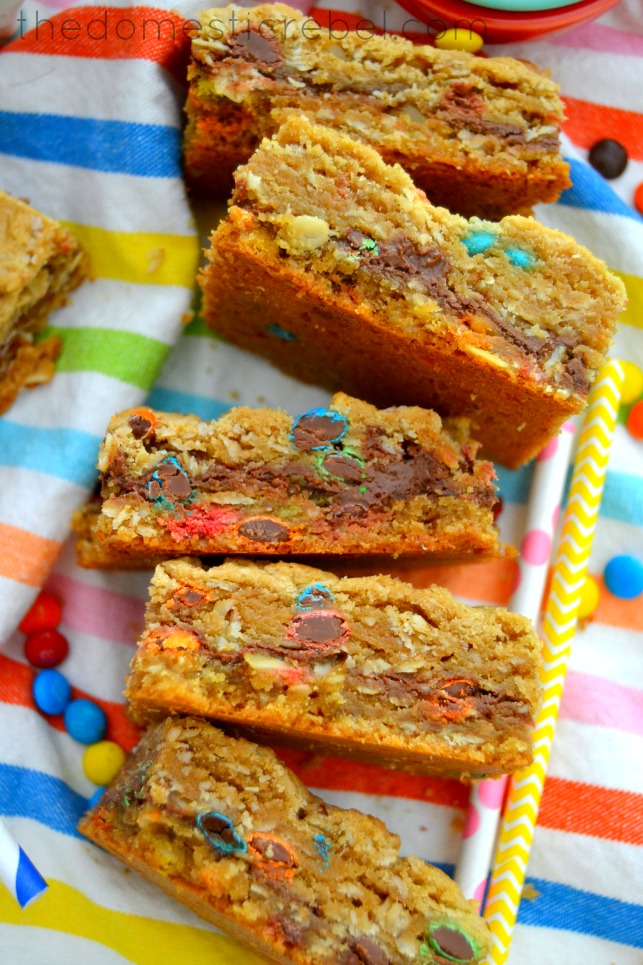 5.0 from 1 reviews
Print
Nutella-Filled Monster Cookie Bars
Author: Hayley Parker, The Domestic Rebel
Recipe type: Bars
Prep time:  10 mins
Cook time:  25 mins
Total time:  35 mins
Serves: 15
These loaded Monster Cookie Bars have a surprising Nutella ribbon swirled throughout the middle, amping up the already amazing sweet & salty flavor!
Ingredients
Instructions
Wordpress Recipe Plugin by EasyRecipe
3.2.1310
These colorful, tasty bars have lots of flavors and textures going on that make them memorable and delicious!  I love the combination of the chewy oats, the crunchy M&M’s and the creaminess of the surprise Nutella ribbon.  Combined with the salty peanut butter, the warm vanilla & brown sugar base (which almost make this bar taste blondie-ish) and the chocolate make for a seriously scrumptious treat!  Top it with a scoop of vanilla ice cream and a drizzle of hot fudge and caramel if you’re feeling really feisty 😉