I just did something ground-breaking.  I made churros at home.  And they actually taste like churros!

You know when you get something super-cool and fun, like a snow-cone machine and think I’m going to be eating cherry snow cones at home for the remainder of my lifeeeee!  But then you operate it and it gives you like, two shards of ice and the cherry juice just isn’t as good as from when you get it from the ice cream shop… thus, you’ve wasted all this money on this lame snow-cone machine for fake, wannabe snow cones.

Or if you go on vacation and the restaurant makes an AMAZING risotto and once you have the recipe you think, I’ll be making this nightly?  But then when you make it, it’s all not as delicious?

Or maybe I am just terrible at doing things?  It’s possible.

But anyways, I finally mastered the churro.  Before I’ve made churro imposters, like Churro Bugle Mix and Churro Donuts, both of which taste INCREDIBLE (they’re actually some of my favorites on the site!) but aren’t actual churros.

I wanted an unmistakable churro.  Something piping hot made of fresh, light pastry dough, fried until golden and dusted copiously with cinnamon and sugar.  Something that had that signature crunch when you bite into it, but has a light and airy dough inside that soaks up all that sugary goodness.  And then I met these. 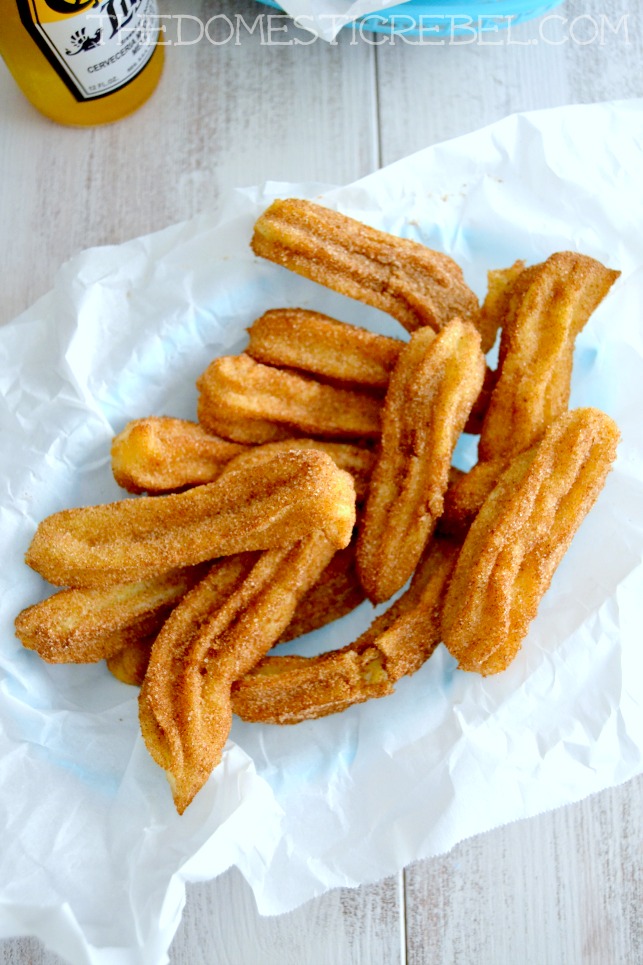 Let’s just say, they’re even better at home because A) they’re cheaper, B) they’re easy to make, and C) you can eat as many as you want without the churro vendor judging you.  It’s a win-win, folks. 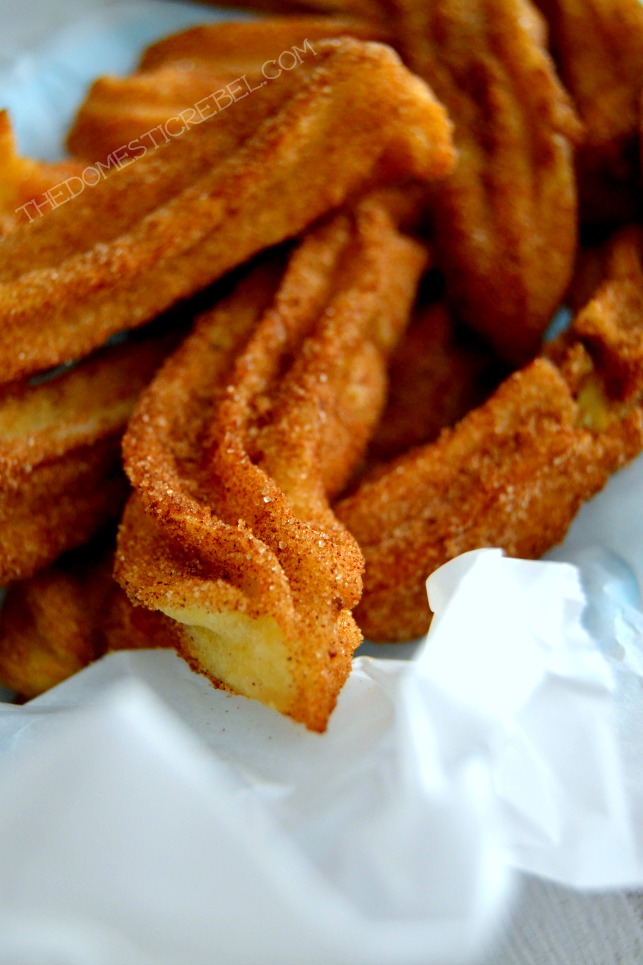 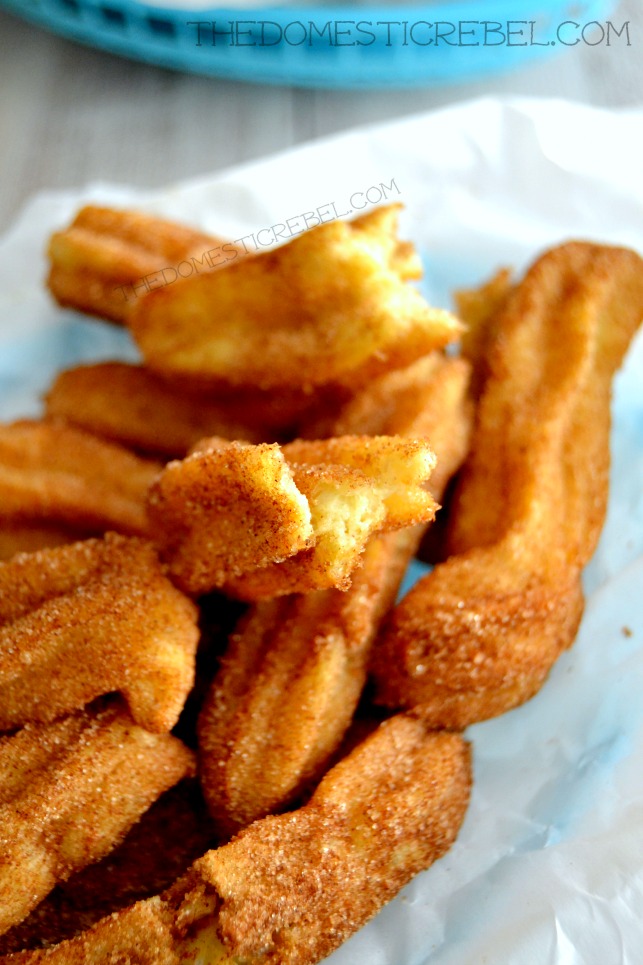 Churros are actually made of a dough called pate a choux, which happens to be cream puff dough.  Not only is the star shape of the churros a classic look, but the ridges in the freshly fried dough allow the cinnamon sugar to cling to the pastry better, filling every nook and cranny with that sugary goodness.  As most of you know, churros are usually sold at fairs, carnivals and theme parks, but they’re often found at street vendors on the streets of Mexico and Spain where they typically enjoy them for breakfast!  They even include thick, pudding-like dipping sauces like chocolate or dulce de leche, which is a nice touch if you’re feeling extra indulgent.  However, I prefer mine straight-up — there’s nothing like a hot and airy churro!

These would be AWESOME for Cinco de Mayo (May 5!)