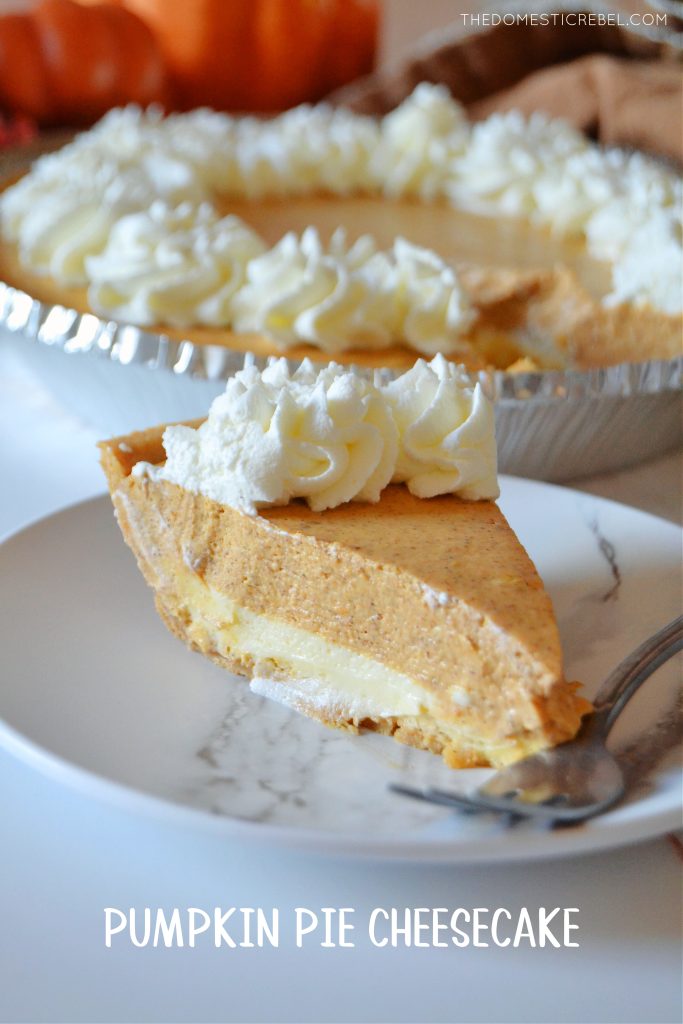 It is FINALLY FALL!

For those of you who live in a more temperate climate, you had fall long ago. But for us Sacramentans, fall arrived yesterday and I cannot explain my utter BLISS. No more 80, 90 and 100+ degree days! No more brutal, excruciating summer weather! I cannot contain my excitement.

What better way to kick off Californian’s belated fall than with a pumpkin pie? But this is no ordinary, regular degular pumpkin pie. This one has a cheesecake bottom. A two-layer cheesecake pie, if you will. It’s spectacular and had my neighbors begging for seconds.

You won’t believe how EASY this is to bake. It only looks complicated with its beautiful layers!

First, you’ll need a crust. I went the semi-homemade route and used a store-bought 9″ graham cracker crust because that’s my prerogative. Then, you’ll make your cheesecake base which consists of cream cheese (obviously), some sugar, vanilla, and eggs. Simple enough, yes? Spread part of that creamy cheesecake layer in the bottom of your crust.

THEN you’re going to create your pumpkin layer. To the remaining cheesecake batter, you’ll add your pumpkin puree and a bunch of spices to make it deliciously pumpkin-y. Mix her up and pour that glorious orange-colored beauty over the cheesecake layer in the crust carefully, trying not to swirl the layers together. It looks gorgeous with its distinctive white and orange layers!

Bake it up until it is mostly set (a little jiggle in the middle is okay) and let her cool. Then refrigerate until totally set and serve!

A mountain of fresh whipped cream is absolutely essential, but vanilla ice cream a la mode would be fantastic as well. 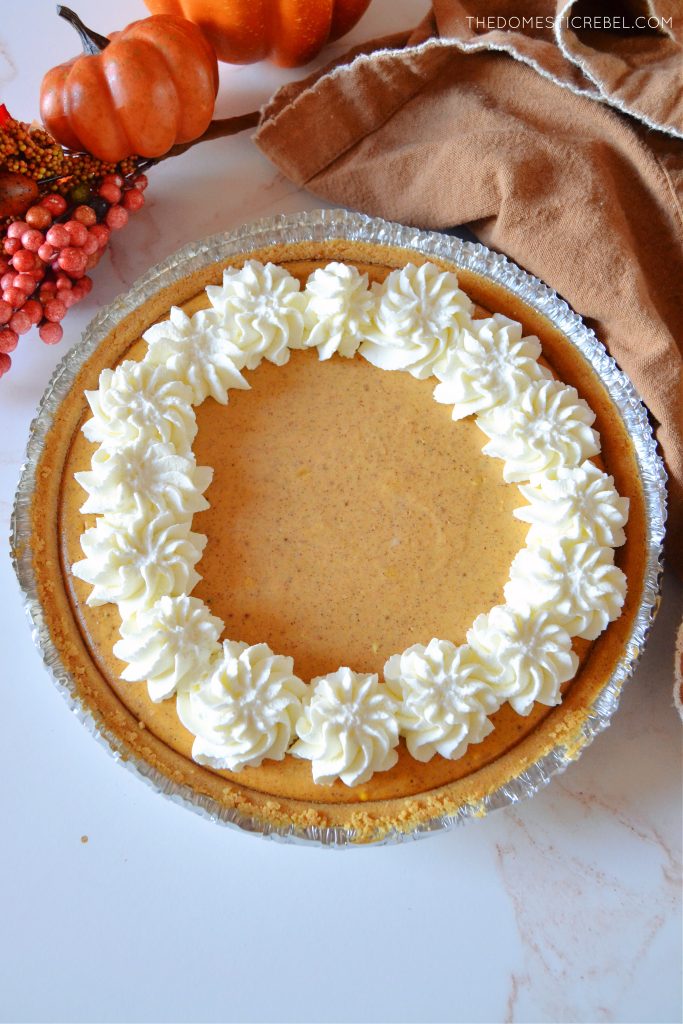 How long will my cheesecake last?

Your pumpkin cheesecake will last airtight in the refrigerator about 4 days.

Can I freeze my cheesecake?

Yes, this cheesecake can be frozen. Simply wrap the entire cheesecake or pre-sliced pieces in plastic wrap, then in foil and freeze up to 1 month. Thaw in the fridge overnight.

Pumpkin-y, spicy, creamy and sweet – this delicious Pumpkin Pie Cheesecake will be a huge hit at your next gathering! 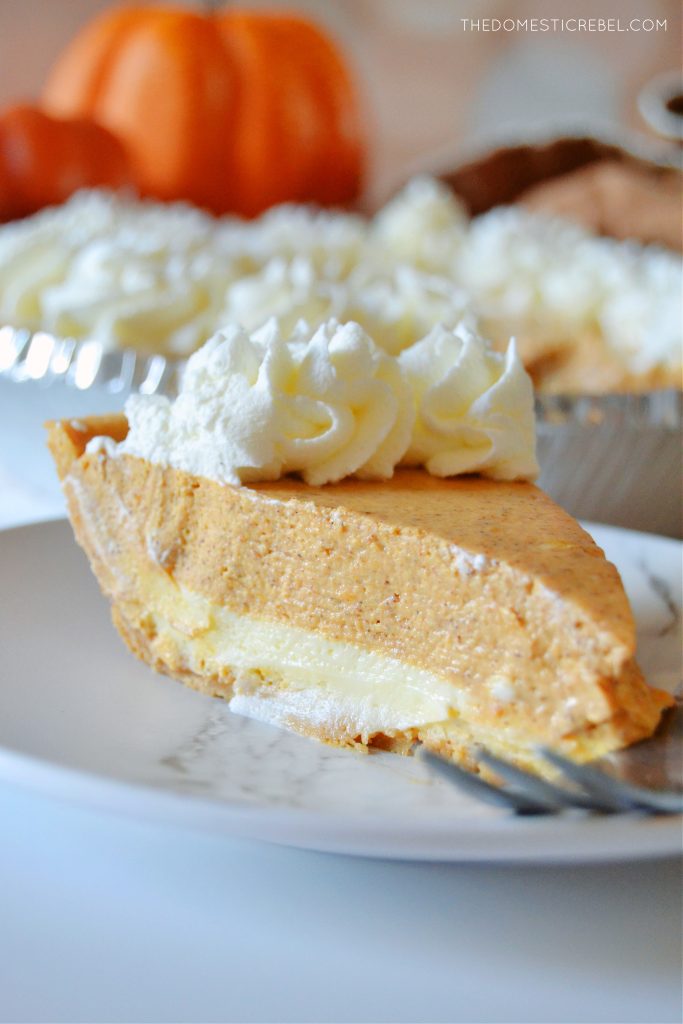 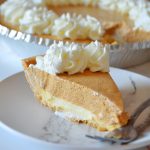 For the Cheesecake Layer:

For the Pumpkin Pie Layer:

Instead of the separated spices listed, you can use 2 tsp pumpkin pie spice. 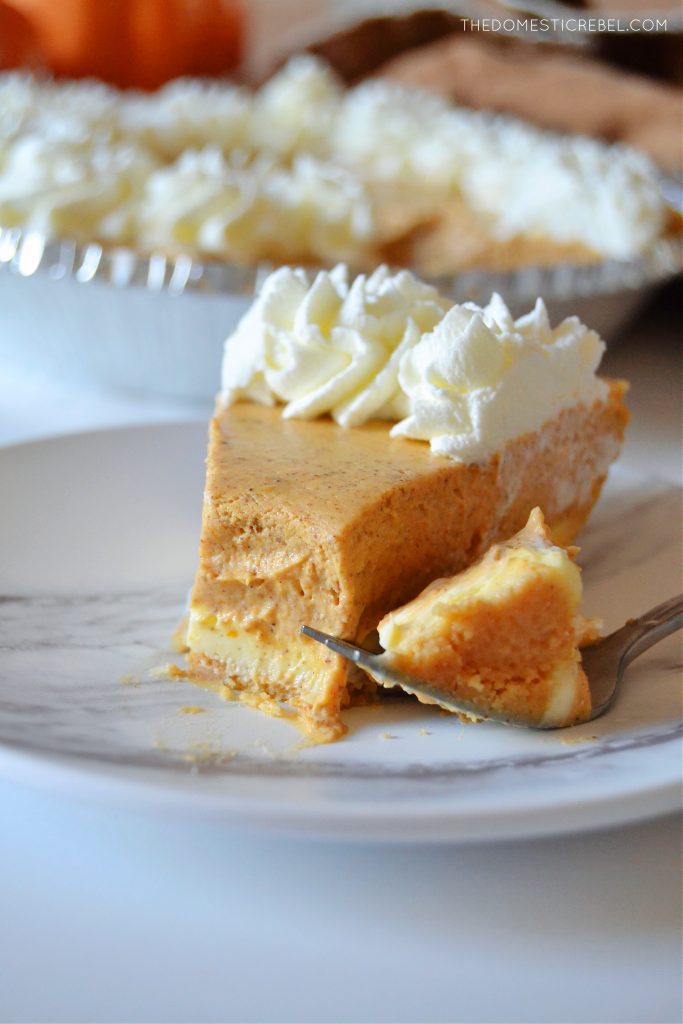 This cheesecake pie is SO dreamy and perfect for those who want two desserts in one! 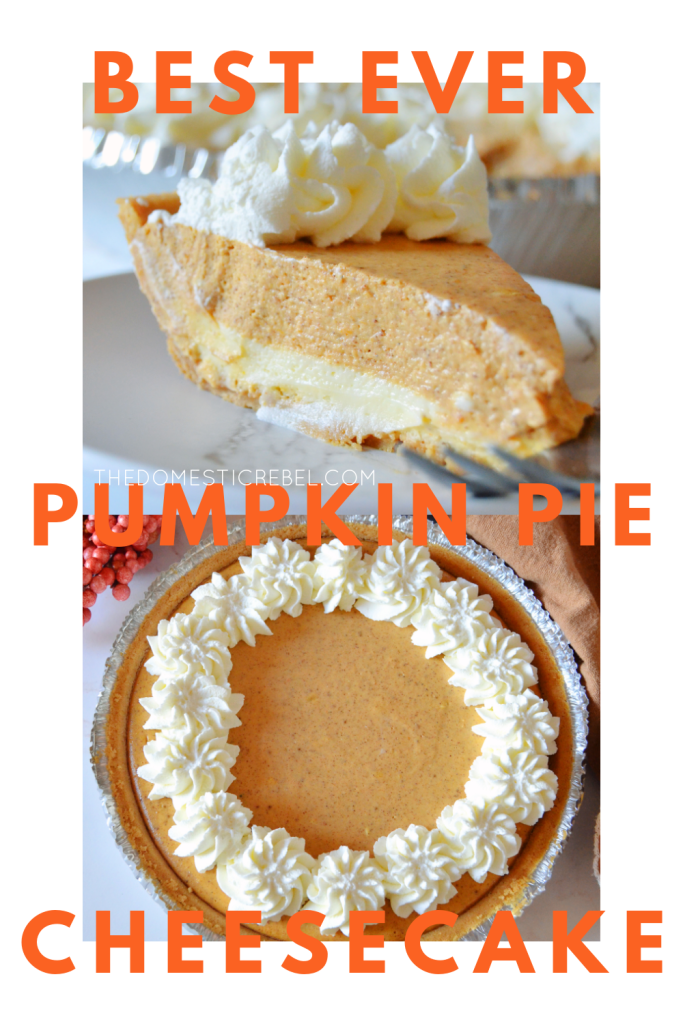 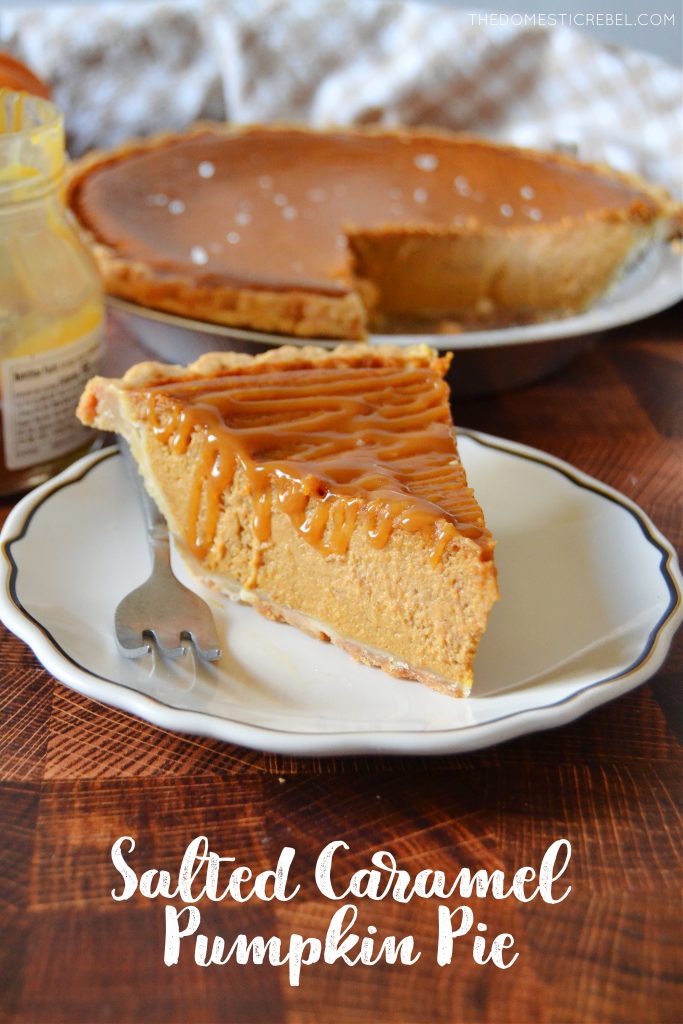