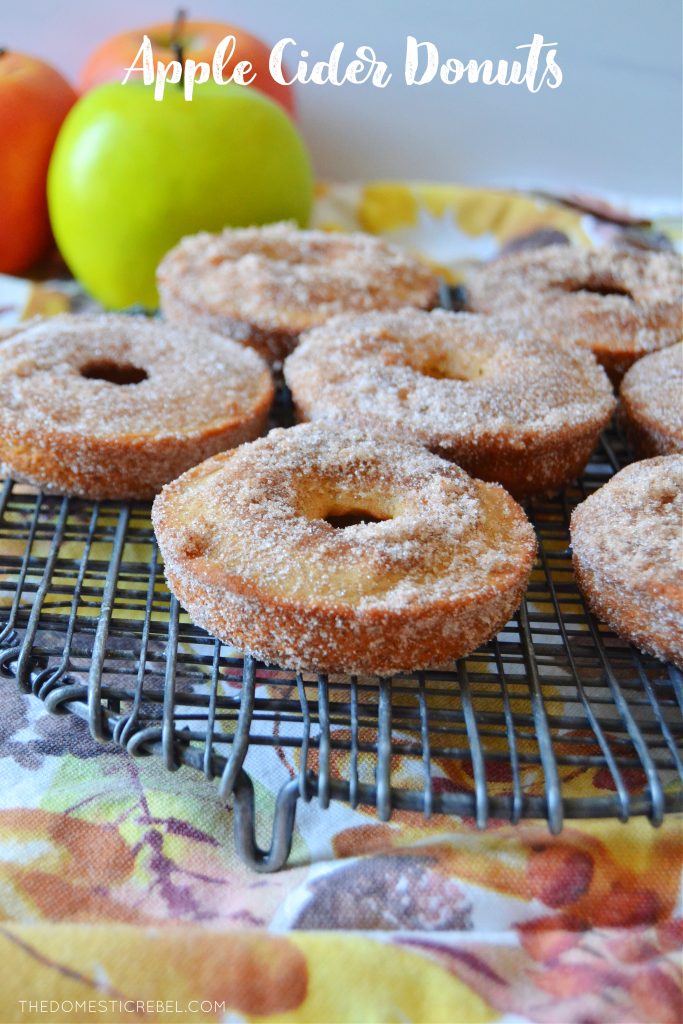 These Apple Cider Donuts taste just like they came from the farmstand but can be easily made at home! They have a nice apple flavor with a delicious cinnamon sugar coating and are so moist and delicious!

I know I’ve been on a dueling apple and pumpkin kick, but I just cannot seem to get enough!

Pumpkin is pretty typical this time of year as I think it’s pretty synonymous with fall baking. But I’m not the biggest pumpkin fan and actually find apple flavors to be preferred for my fall baking flavor choice! So you’re going to see both of them on here competing for the best fall recipes.

This may be close to the top!

Last week I posted an Apple Cider Doughnut Bundt Cake and these are the actual donut version of that cake essentially. The cake is definitely more of a cake, but these are formulated to be a cake donut: moist, fluffy, tender and light. They have an awesome apple flavor thanks to a homemade apple cider concentrate and a lovely hint of spice, plus the addictive sparkling cinnamon sugar coating on the exterior. 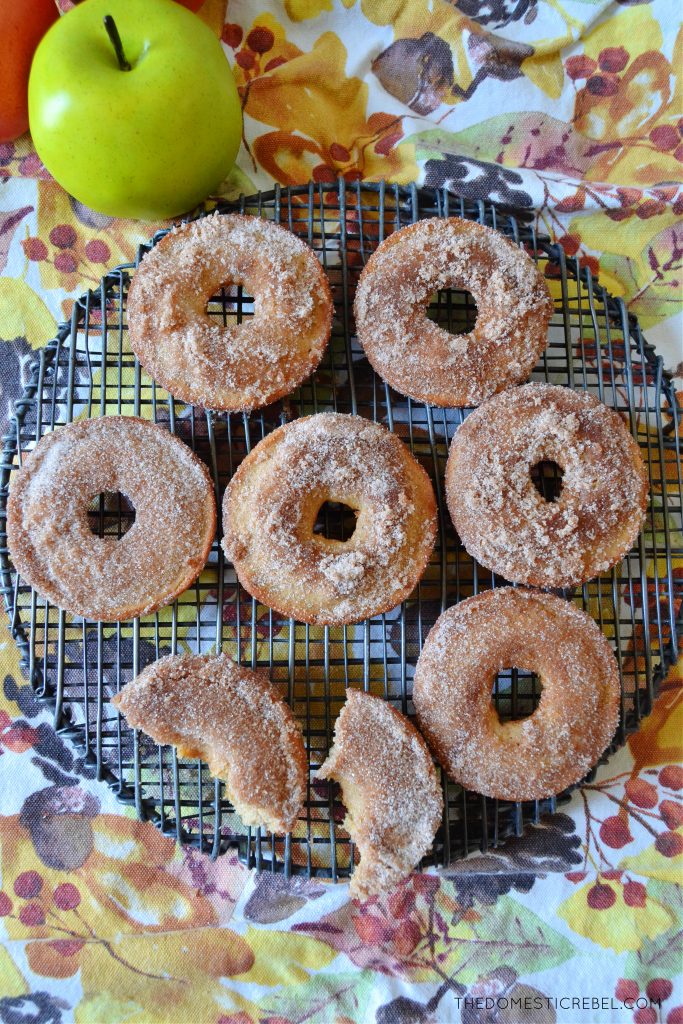 For these cake donuts, you’ll need a donut pan. You can find these at most places nowadays and can easily buy them online, or try a store like Michael’s or Joann’s. Alternatively, you could bake these in a muffin tin and make donut muffins, too. This recipe has your standard ingredients: butter, sugar, eggs, vanilla, all-purpose flour, baking powder, and salt – and then the flavor action from spices and the apple cider concentrate. 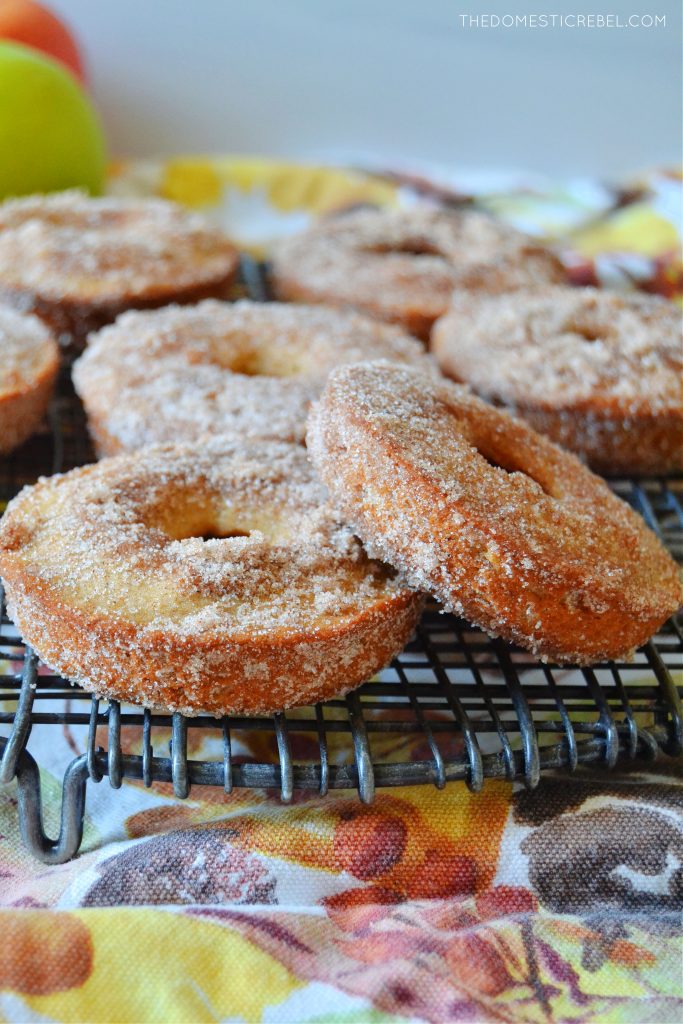 All in all, these easy farmstand-inspired Apple Cider Donuts are a must make!! 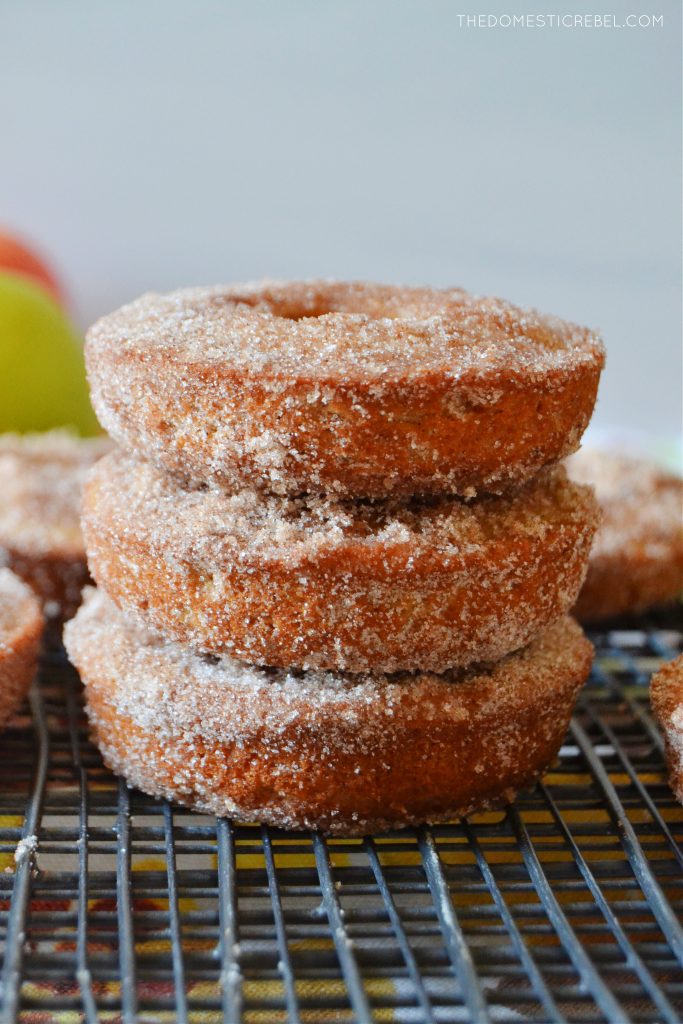 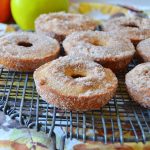 These Apple Cider Baked Donuts are inspired by the farmstand and are so easy to make at home! Soft, moist, light and fluffy with a lovely apple spice flavor and a sparkling cinnamon sugar coating, they're sure to satisfy your donut craving in a flash!
Prep Time10 mins
Cook Time12 mins
Total Time22 mins
Course: Breakfast, Dessert, Donuts
Cuisine: American, Dessert
Servings: 18 donuts 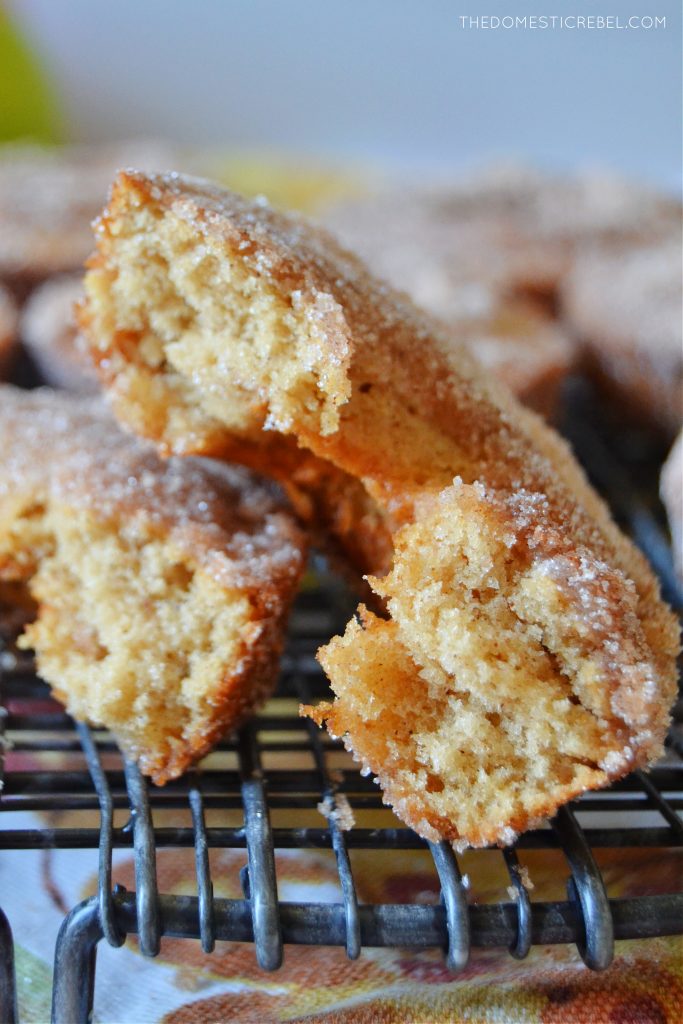 I think you guys are going to love these amazing donuts! Making them at home is a game changer! 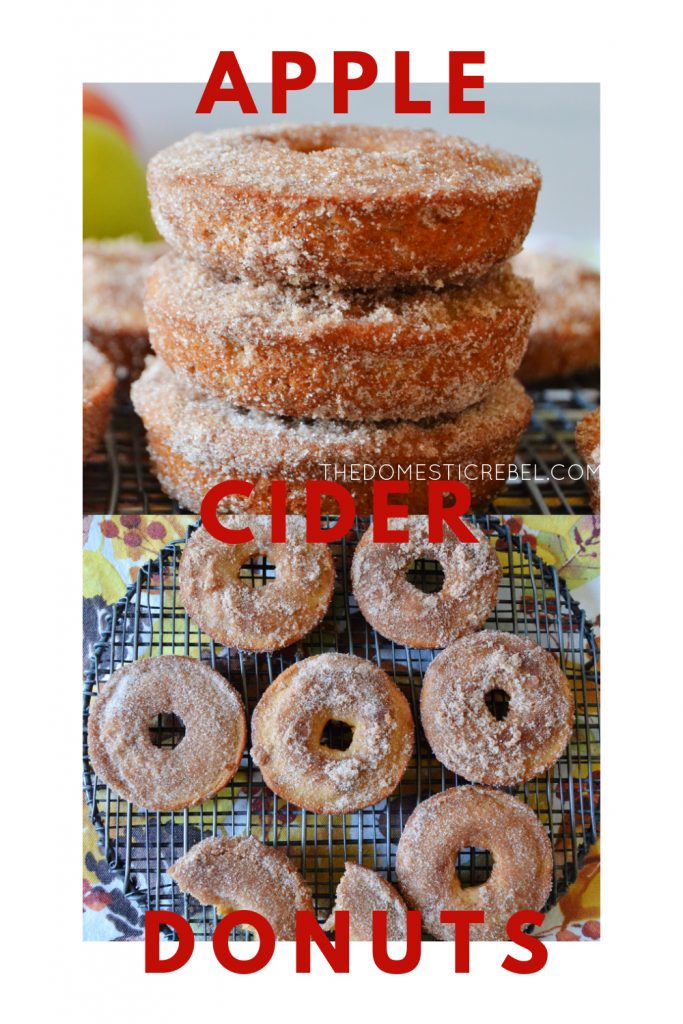