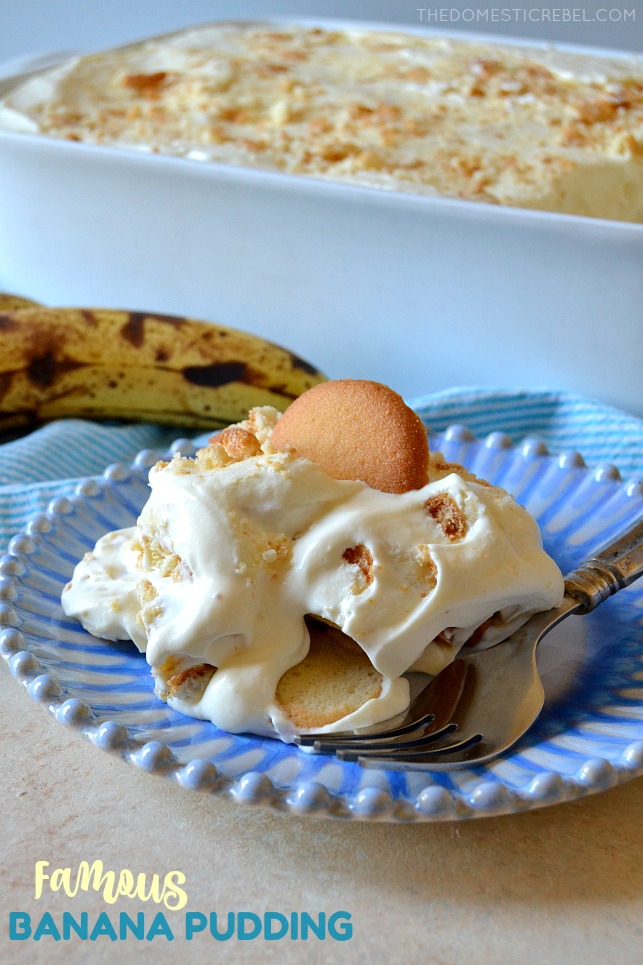 This Famous Banana Pudding is served in a popular bakery in Manhattan and has won over the hearts of so many pudding lovers everywhere! You won’t believe how easy and perfect this banana pudding is to make… and eat!

So my 28th birthday was a couple weeks ago, and let’s just say I indulged a LOT.

Like, too much. I know. There’s such a boundary, and I have crossed it.

I was pretty much going out to eat every night leading up to and after my birthday, ordering whatever my heart desired and eating dessert after every meal. I wasn’t so much drinking – if I know I want dessert there, I’ll usually skip a boozy beverage in favor of dessert – but I was definitely indulging.

And now my body is like HOLD UP GIRL and is waving a white flag. So now I’m back to eating salads and crap like that, when really, I’d love to dive head-first into pasta, fried chicken, and my fave dessert evah: banana pudding!

I didn’t realize how much I adored banana pudding until a local restaurant opened up literally next door to my apartments. It’s called Lazy Dog, and they are basically a scratch-made American cuisine type of restaurant and have banana pudding on the menu. Prior to eating theirs, I dreamed of Magnolia Bakery’s banana pudding in NYC. It’s creamy, decadent, lusciously soft and so divine, but I’m not exactly in close proximity to Manhattan. So when I discovered Lazy Dog’s, it became an excellent stand-in.

However, I recently acquired the recipe to Magnolia Bakery’s Famous Banana Pudding and I had to share it with you. It tastes JUST like their version and it couldn’t be simpler. It is a little time consuming, in that there are a few steps that require some chill-time…. don’t be discouraged! There’s very little hands-on work, and if you make it ahead, it has time to set and merry all those incredible flavors. 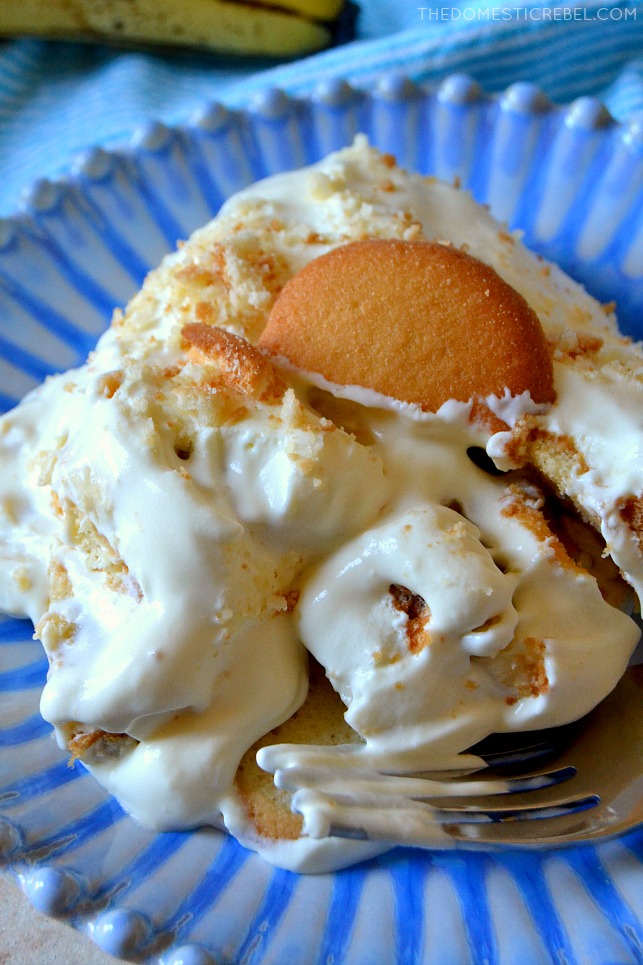 It starts with a surprise ingredient that you’ll never guess “homemade” pudding to have: pudding mix! Yep, this comes directly from Magnolia Bakery’s pastry chefs and it’s the real deal. They use – as well as this recipe – Jell-O instant pudding mix. Their recipe calls for vanilla pudding mix, but I love banana flavors so I actually use banana flavored pudding mix in my recipe. It’s entirely up to you what you choose, if you want to be more authentic to Magnolia’s recipe, or have more of a punchy banana flavor.

You’ll combine the pudding mix, some water, and a can of sweetened condensed milk together until it all comes together in a delectable, cohesive pudding. Cover and refrigerate it for several hours so it has ample time to set properly. Once it has set, you’ll beat the daylights out of some heavy whipping cream until stiff peaks form, then you’ll gently fold the pudding mixture into the whipped cream mixture. The whipped cream gives this pudding body: light, airy, and fluffy as a cloud with that homemade flavor from fresh cream. 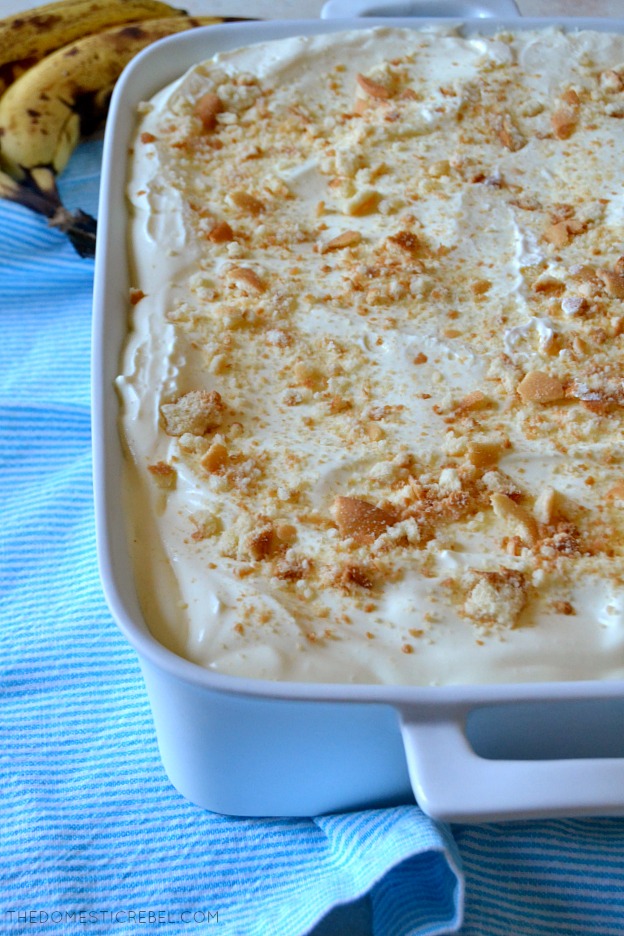 Once your pudding has come together, now it is time to layer it up! I only recommend using Nilla-brand vanilla wafers, along with fresh banana slices. Arrange the Nilla wafers and banana slices in a dish, then layer with 1/3 of the pudding. Repeat the layers, ending with a layer of pudding. I like to add some crushed Nilla wafers on top for a little texture and presentation. The hardest part is you’ll want to let this set in the fridge for at LEAST 4 hours. And once it is ready, you’ll die and go to heaven because this stuff is AMAZING.

Creamy, smooth, rich and fluffy pudding flavored with fresh banana and sweet Nilla wafers. Just like Magnolia’s, but ten times better since it is homemade! 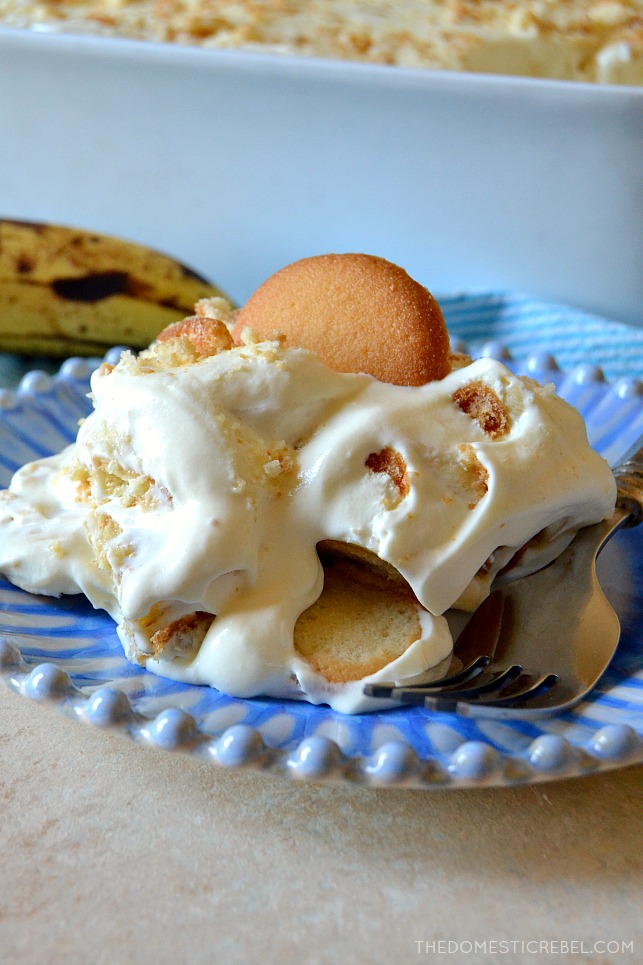 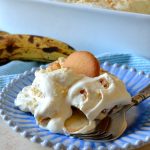 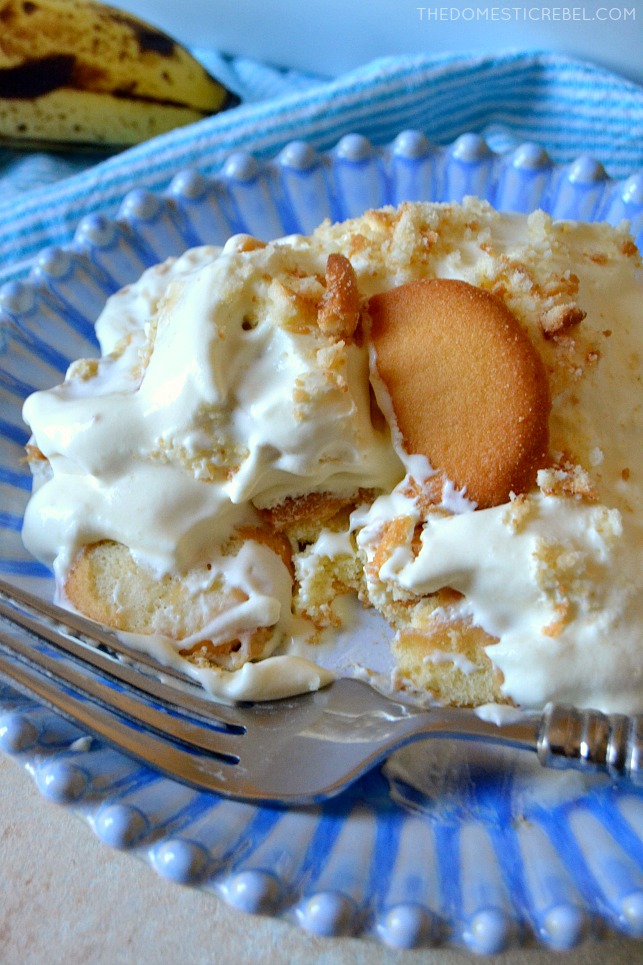