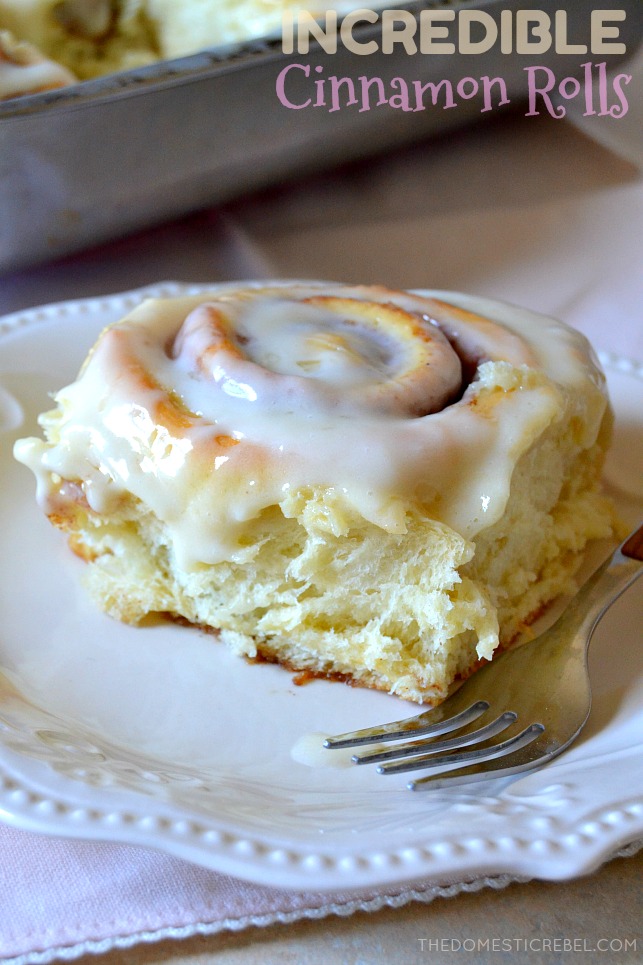 If you’re looking for a perfect cinnamon roll recipe, my Incredible Cinnamon Rolls are that recipe! They’re soft and fluffy with a gooey, buttery cinnamon sugar filling and a sweet cream cheese icing. So easy and fantastic!

Cinnamon rolls are easily one of my favorite things in this world. I never pass up a chance to try a local bakery’s version, or to even pop open a can of refrigerated rolls on days when I’m desperate for a taste.

However, some cinnamon rolls are quite disappointing, which is basically a crime against humanity if you ask me. It’s always heartbreaking when you take a bite of one and it was clearly just for looks – it’s either stale, or not cinnamon-y at all, or wayyyy too frosting-heavy to be considered edible (although that one is more of a personal preference).

I consider myself a connoisseur of cinnamon rolls. BRB, putting that on a business card.

So I set out to make the perfect, most Incredible Cinnamon Roll recipe ever. And I think I nailed it, to be honest with you! 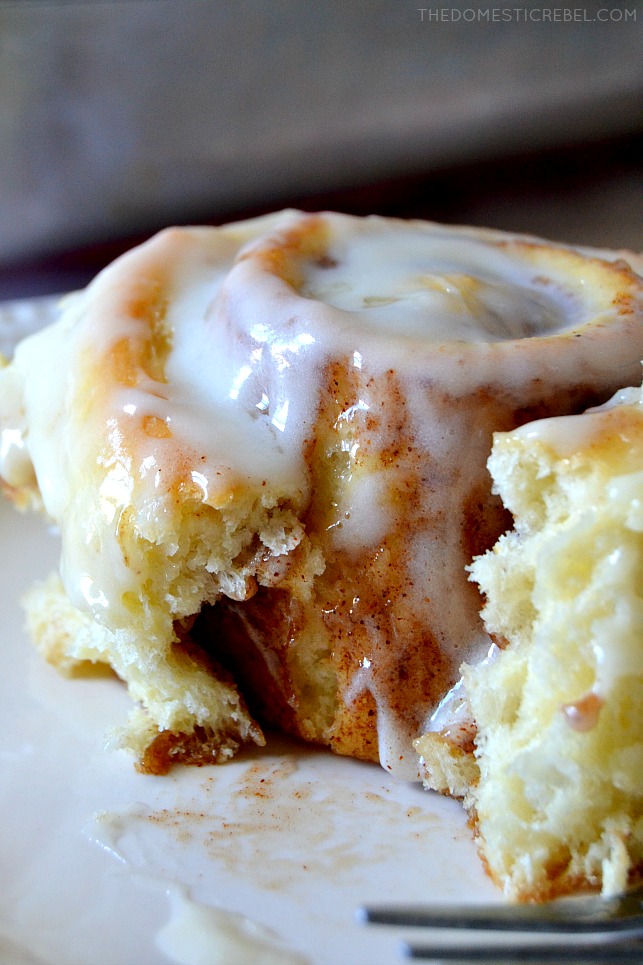 These rolls are both simple and perfect – made with a soft and fluffy yeast-risen dough, a heavy hand with brown sugar and ground cinnamon, and a generous but not over-powering cream cheese icing. The icing also isn’t so cloyingly sweet that it loses that tangy cream cheese flavor, which was important to me since I love that flavor!

You start with a yeast-based dough, like any self-respecting cinnamon roll does. It starts with yeast – I like rapid rise yeast, but any should work – whole milk, butter, eggs, salt, and flour. Now, if you’re new to bread-making, here’s a tip: the amount of flour is just a starting point. The recipe calls for anywhere between 4 – 6 cups of flour. The amount of flour you need varies on a lot of things, namely weather/climate, which is a biggie! I needed exactly 5.5 cups of all-purpose flour, but you may only need 4… or perhaps you need the full 6. The recipe starts off at 4 cups to see where you’re at, and then you can add more if it’s necessary. 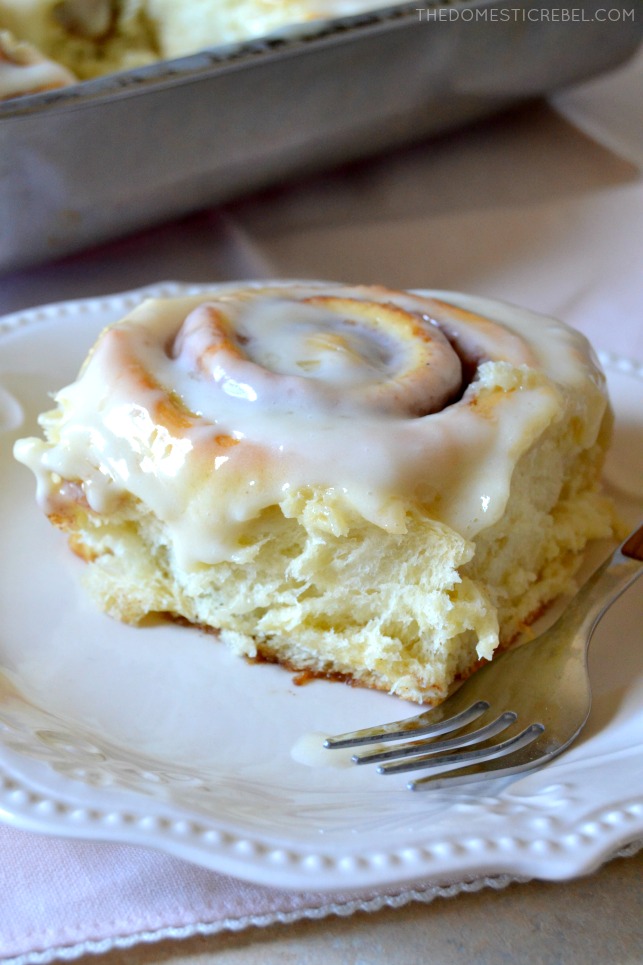 How will you know when and if to add more flour? The dough should be slightly sticky but pliable and should spring back when you touch it with very little dough on your hands. If it’s incredibly sticky and loose, you definitely need more flour. But if you can poke it with your finger and a little or no dough comes off on your fingertip, it sounds like you’re ready! 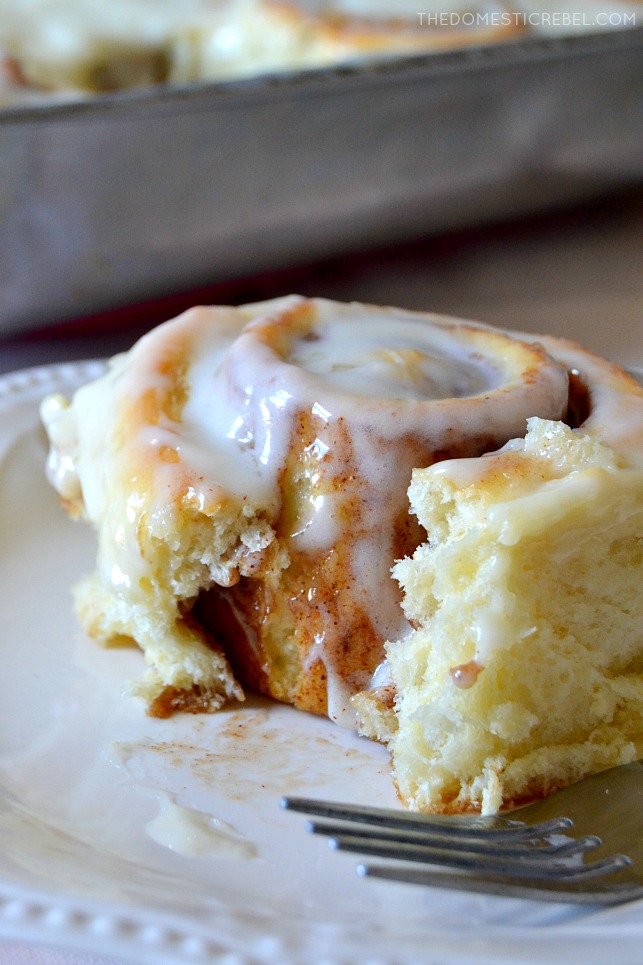 The dough needs to rise, but after an hour, you’ll roll it out into a plane of dough. Top it with melted butter and a generous handful of brown sugar & ground cinnamon. Roll it up, cut it into 12 equal pieces (these are big cinnamon rolls!) and let them rise once more. This isn’t a shortcut recipe, but man, it is worth the wait!

Bake it up until they’re golden and set, then top with the cream cheese icing. It’s kind of a cross between a glaze and a frosting, and it is SO divine! 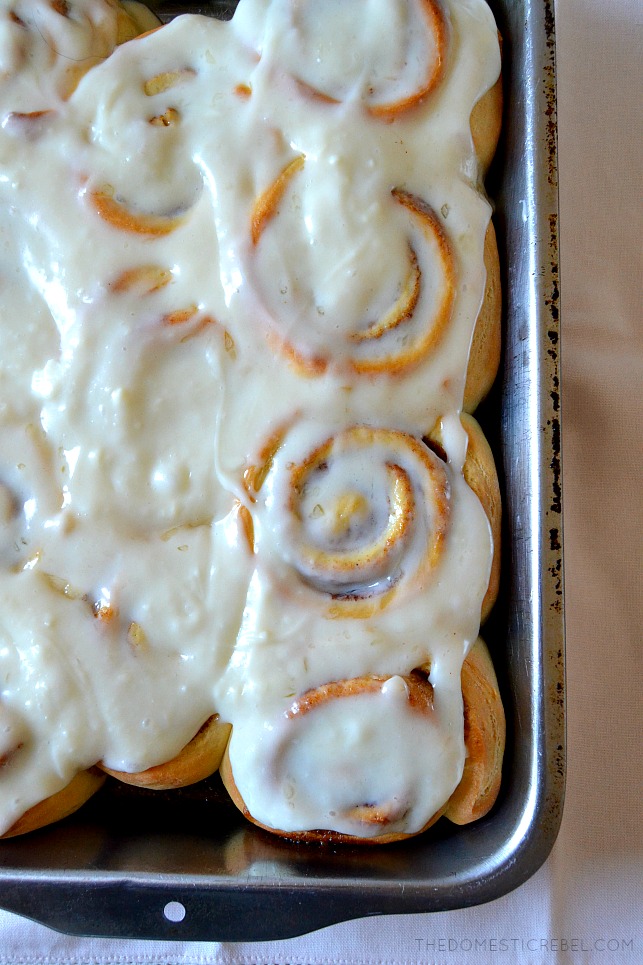 These cinnamon rolls are super soft and fluffy with a sweet, thick brown sugar and cinnamon filling and a lovely vanilla cream cheese glaze… and they’re totally incredible! 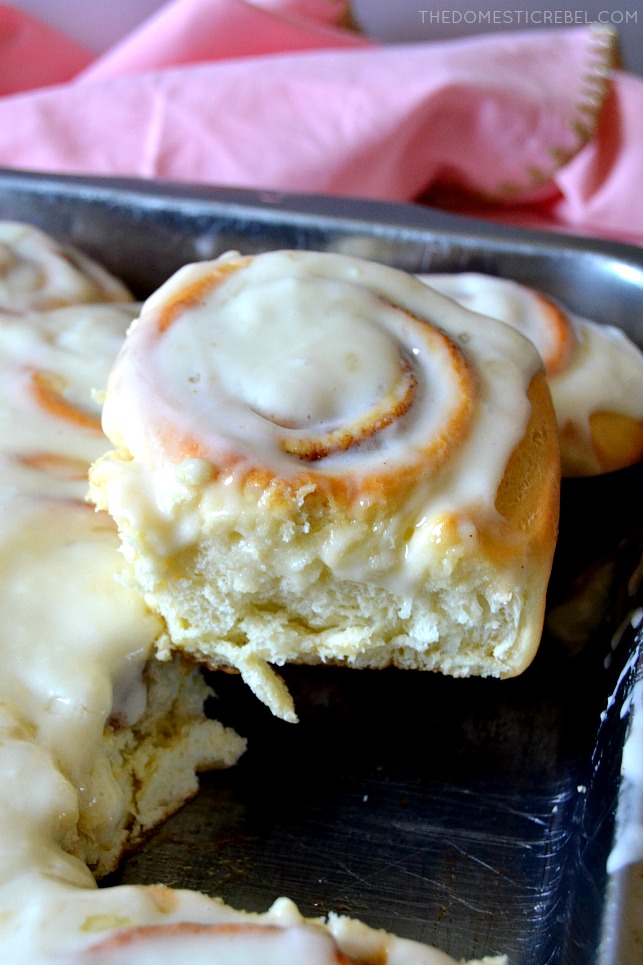 *adapted from Taste of Home 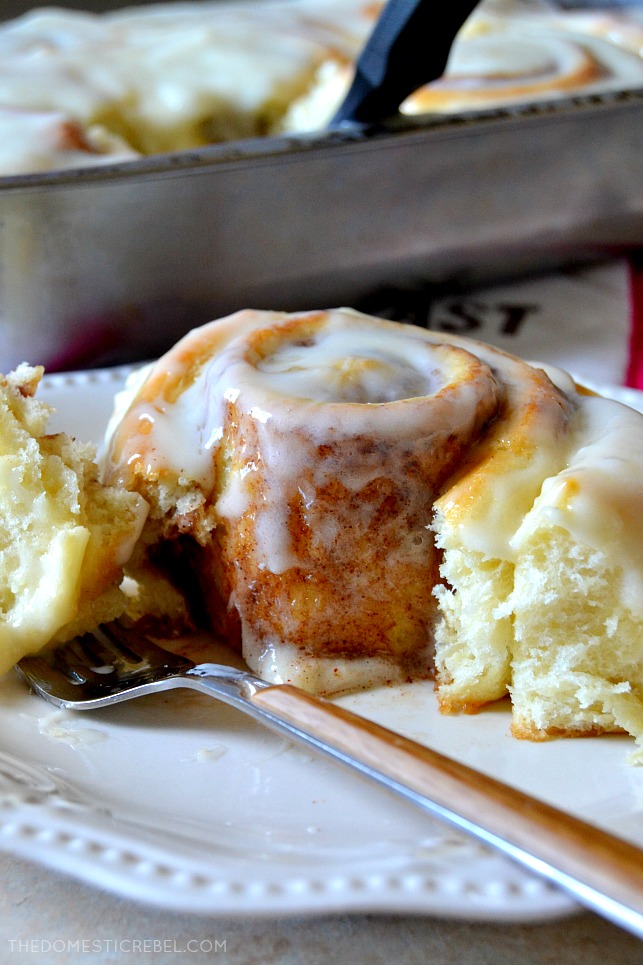 There’s nothing better than a fat, fluffy cinnamon roll and these will fit the bill!