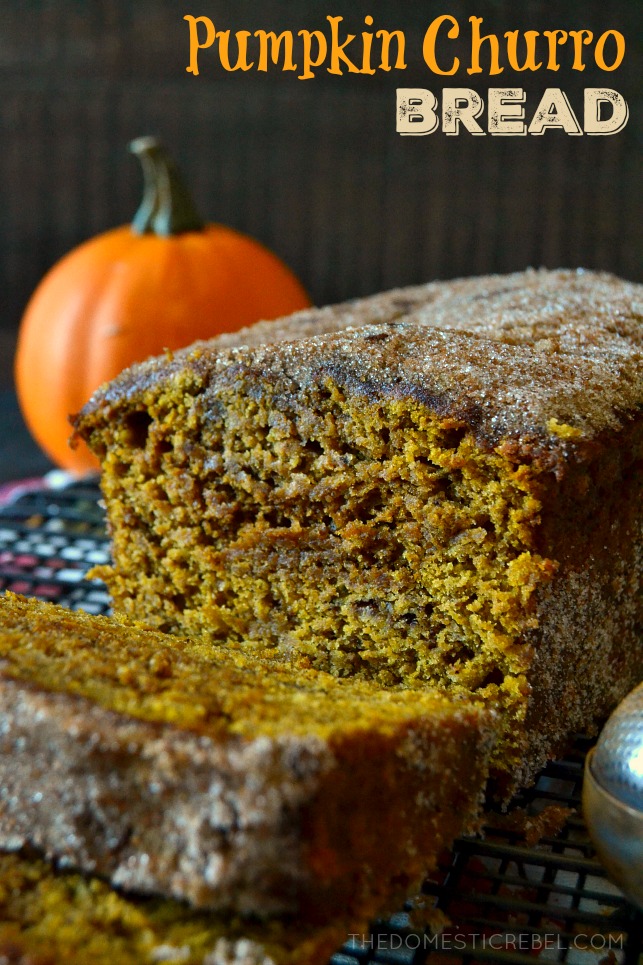 Don’t want to choose between churros or pumpkin bread? Try my Pumpkin Churro Bread – the best of both worlds! Moist, fluffy pumpkin bread is coated with cinnamon and sugar for a sugary, crisp crust that is reminiscent of a piping hot churro!

Fawinter baking is my absolute favorite. Is it yours?

Oh – and fawinter means fall + winter baking. I didn’t want to choose between pumpkin and peppermint, so I just coined this dandy word so people know I’m A) insane, and B) serious about my love of holiday baking.

But this time of year – when the air gets that little crisp chill, when the leaves dance until they fall to the ground and crunch underneath our boots – is so magical. It just feels good after a particularly scorching hot summer, you know?

Anyway, cinnamon and pumpkin go hand-in-hand so you know this mashup had to happen. And I felt particularly good that I seemed to have created such a damn good bread with my own crazy mind. 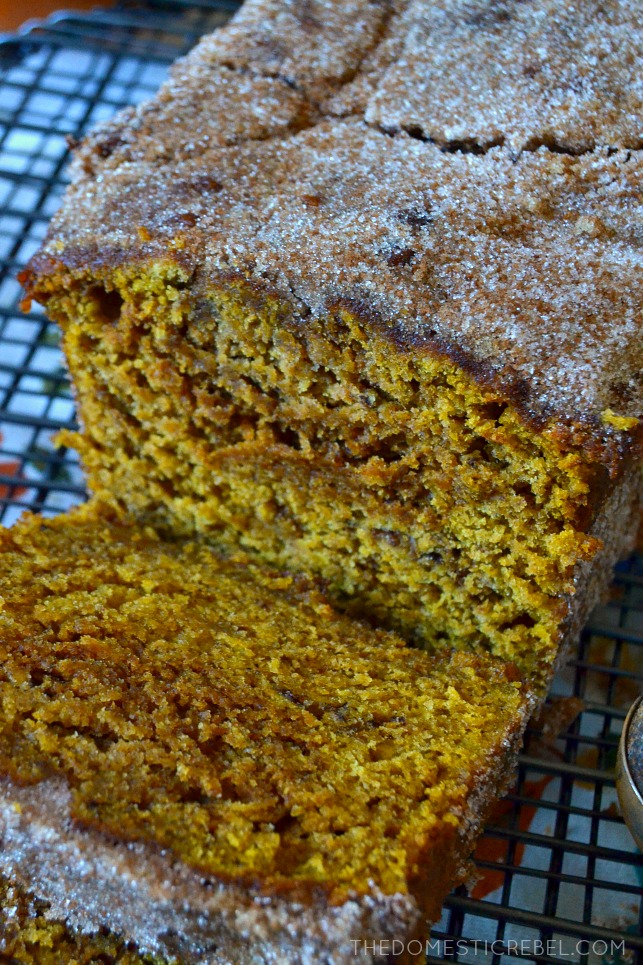 Basically, you take my Best Pumpkin Bread recipe and bake it up nice and pretty. Wait it cool for a couple minutes, then carefully take it out of the pan and dunk that sucker in a pool of melted butter. I like using a pastry brush to make sure it gets into every crack and crevice of the bread’s surface. 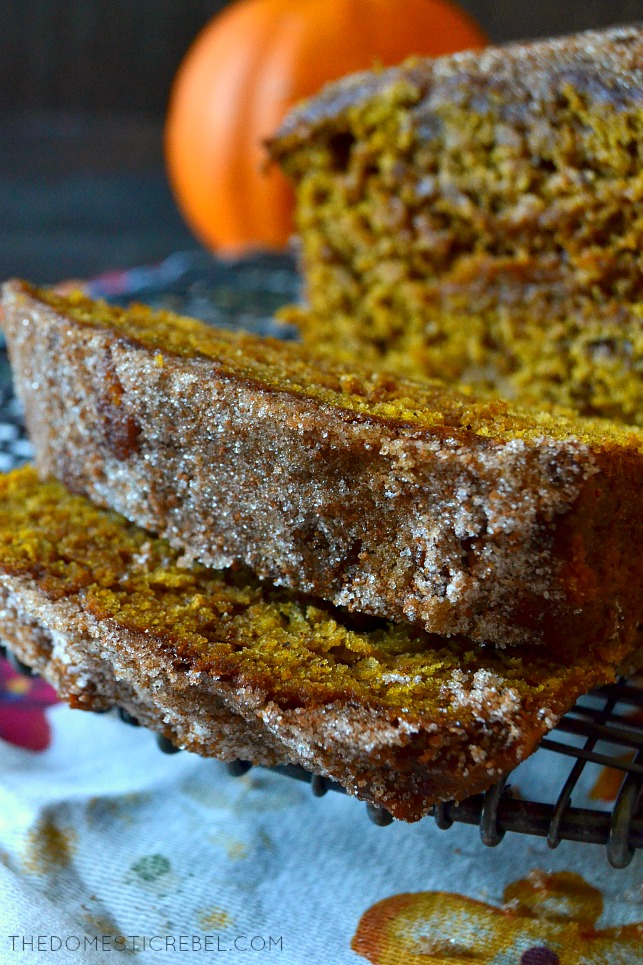 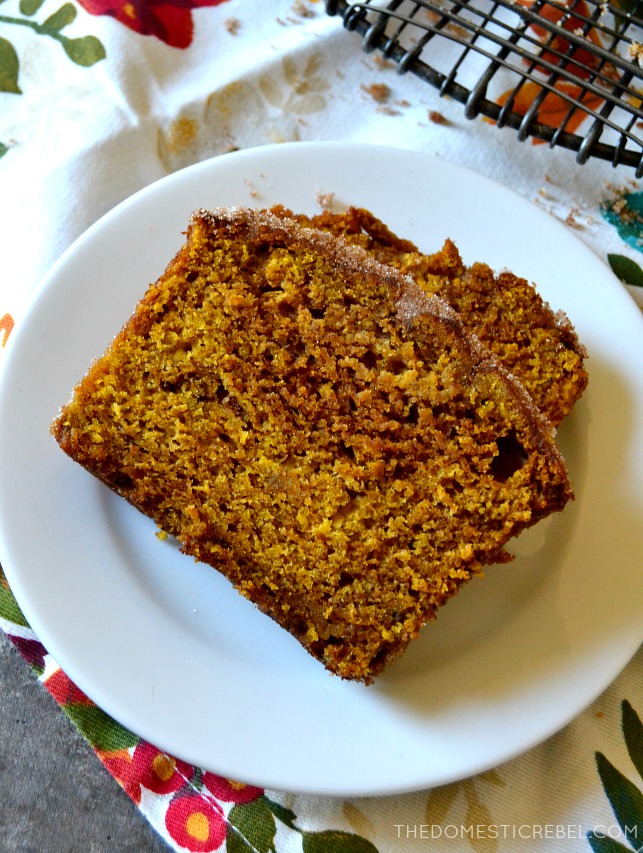 Then take your buttery bread and dredge the living daylights out of it in a huge bowl of cinnamon and sugar. Spoon cinnamon sugar from the bottom of the bowl to pour over the top – almost like you’re basting it. This ensures there’s a thick coating of the cinnamon sugar, which – let’s face it – is the best part.

All that’s left to do is to slice it up and dig in! 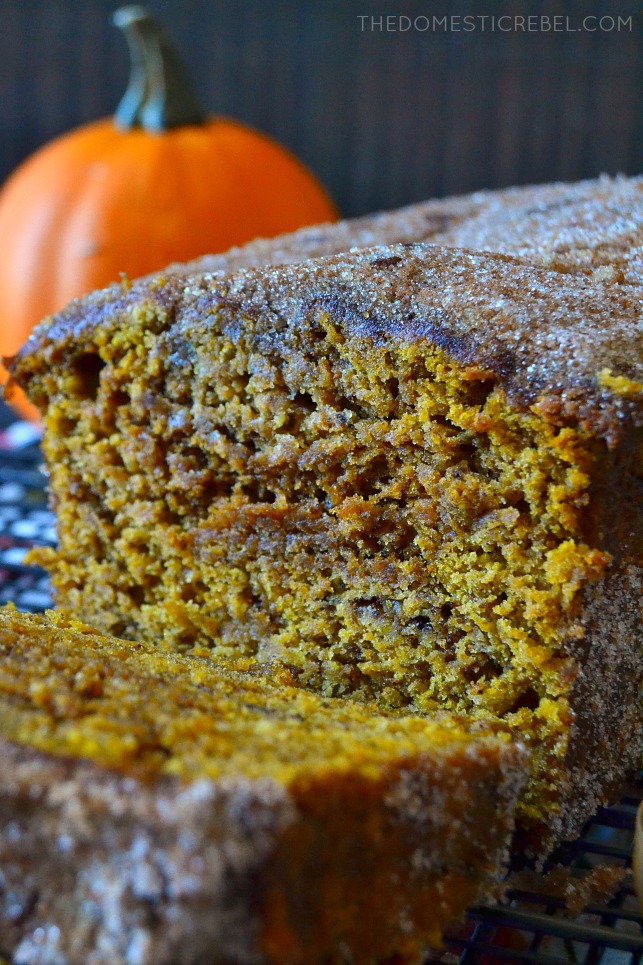 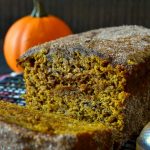 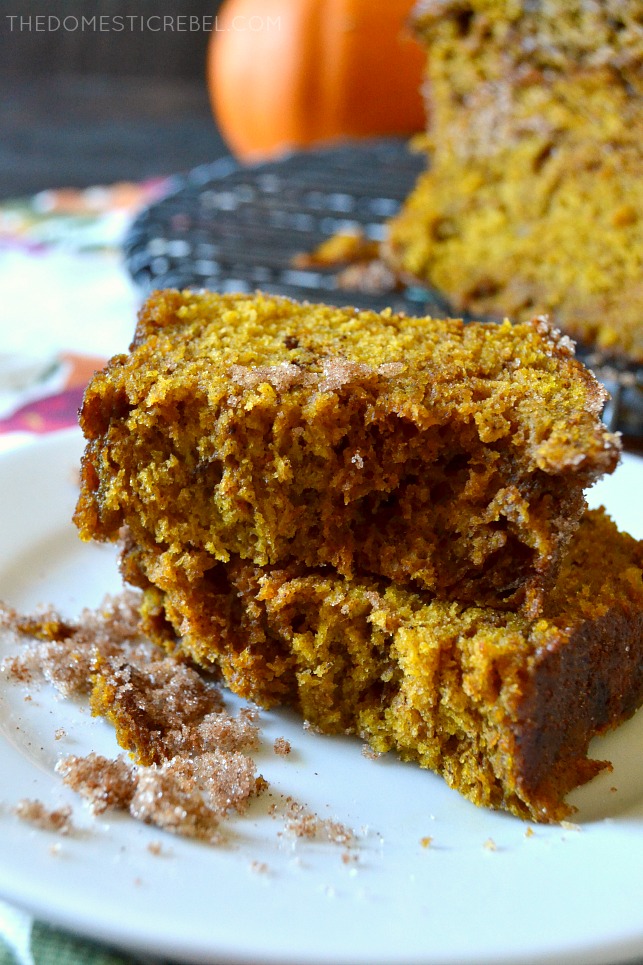