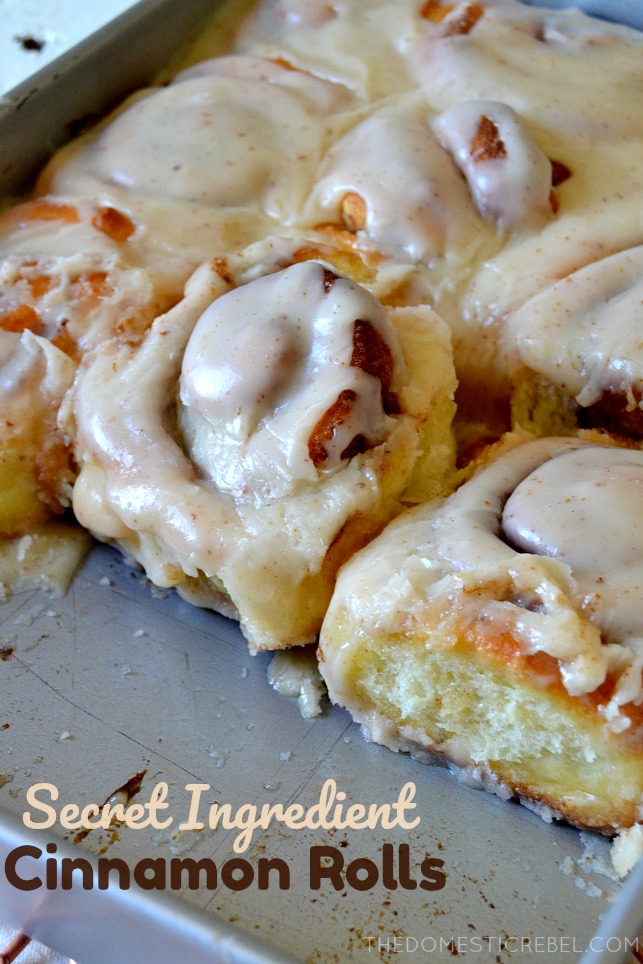 You won’t believe the magic secret ingredient in these Cinnamon Rolls! Extra fluffy, light and gooey, the extra ingredient contributes to this roll’s heavenly texture. You won’t go back to regular cinnamon rolls after you try these!

Okay, okay – in my defense, I was skeptical about these cinnamon rolls. When I read the recipe for them, I was perplexed and maybe a little iffy on even tasting them. But once I sunk my teeth into their light and airy texture and tasted all of that aromatic cinnamon and the incredible browned butter icing, I fell in love.

I am converted, y’all, and it’s a glorious thing.

I know you’re dying to know the secret ingredient, and that would be mashed potatoes.

Yup, like the ones you serve with gravy on Thanksgiving day.

Regular ol’ mashed spuds are the magical ingredient to these extra fluffy cinnamon rolls, and your life will forever change when you take a bite just like mine did.

Now, because I am impatient and because baked potatoes and I have a long-standing rivalry, I confess: I bought prepared mashed potatoes at the grocery store. They’re usually in the prepared refrigerated foods section, often found lurking around rotisserie chickens and such in the deli. If you go this route: just make sure your potatoes aren’t seasoned! No one wants garlicky cinnamon rolls. 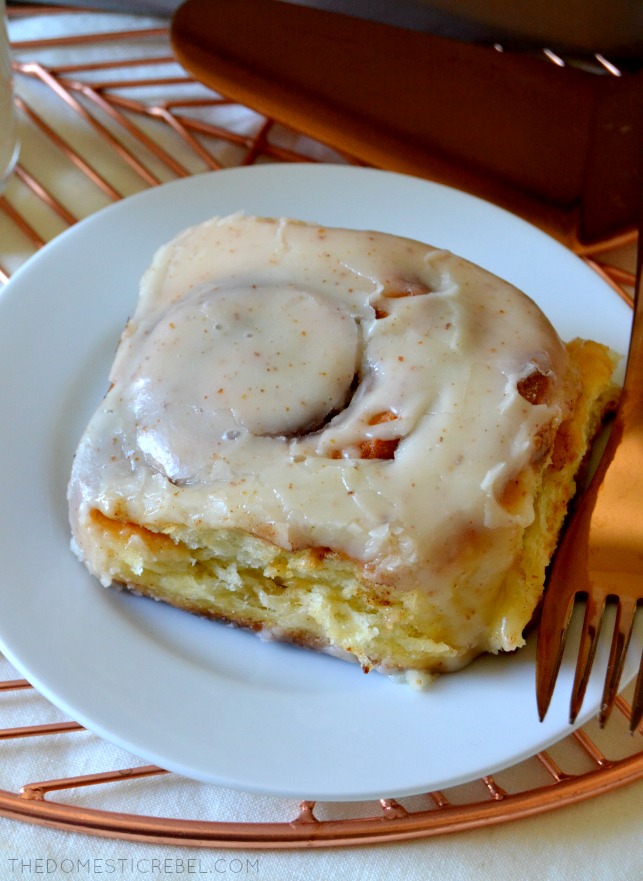 Otherwise, you can get all Suzy Homemaker and bake your own potato or two and mash it yourself. I know baked potatoes are actually very easy to make, but we’re old enemies and I just don’t even bother with them anymore. It’s a long story, and next time I’m drunk, I’ll tell you about it.

ANYWAY, I digress. But from this point forward, I am so making these rolls because the mashed potatoes seriously make the rolls extra tender. They taste just like regular cinnamon rolls, yes – but the texture is where it’s at.

So if you’re bored this weekend, grab the leftover potatoes from the fridge and get baking! You won’t be sorry. 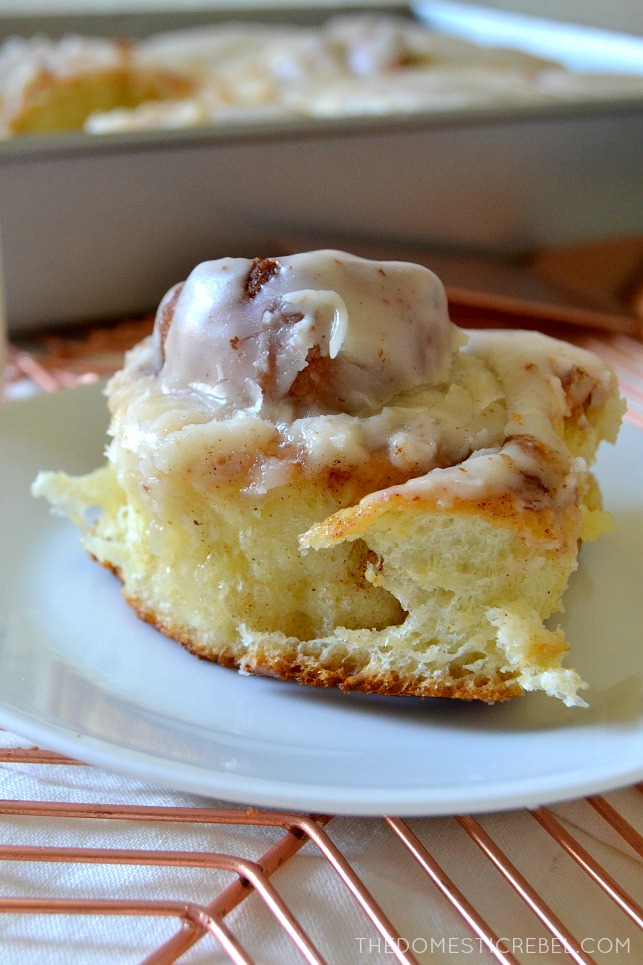 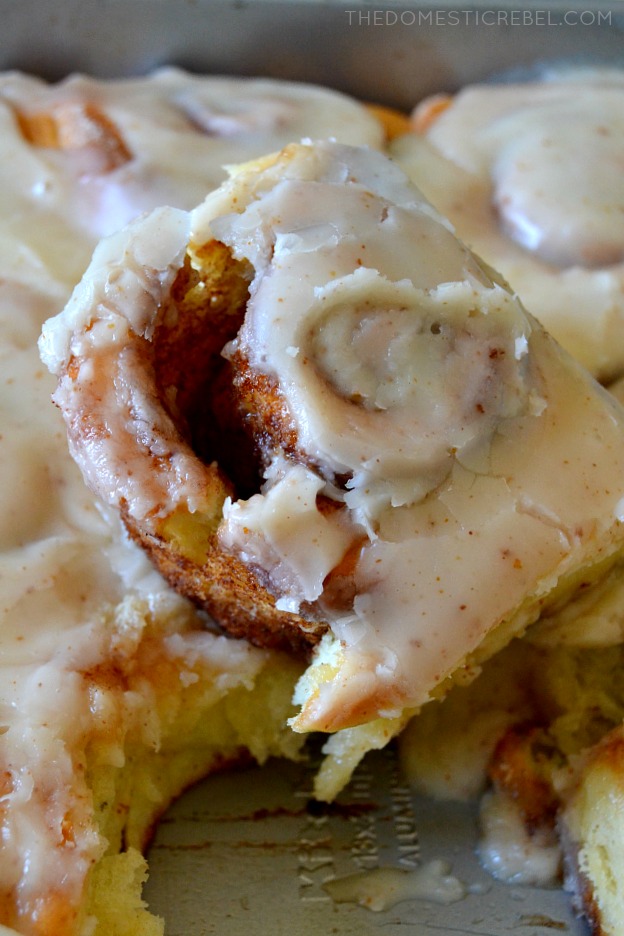 I promise, you’ll flip for the nutty brown butter vanilla icing atop of these perfectly spiced and ultra fluffy cinnamon rolls!