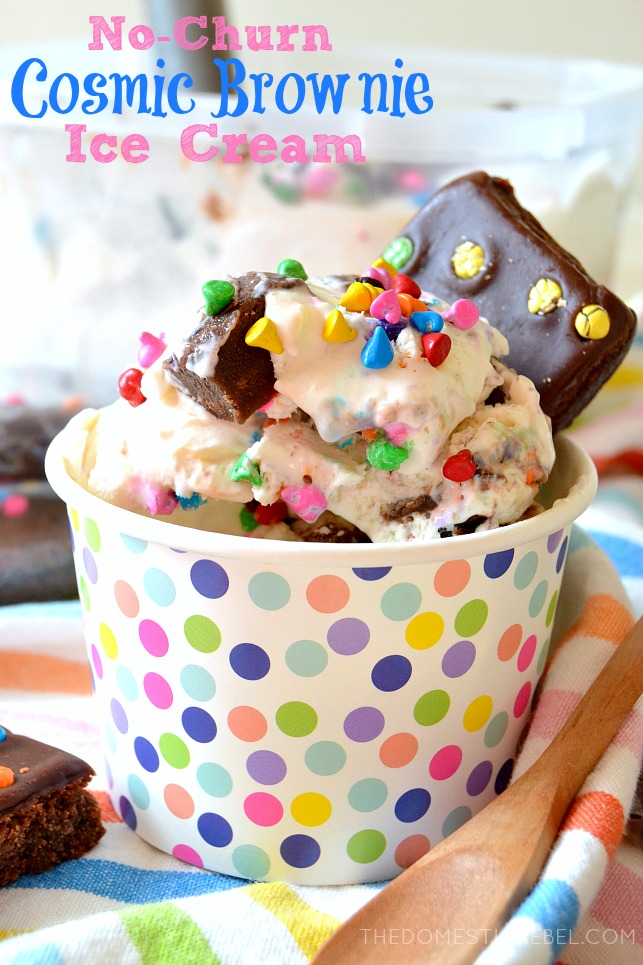 Now it’s the complete opposite – a major heat-wave that’s striking us in our swimwear. It’s been so hot that the pool water was like hot bath water. So not fun!

So I’ve been hunkered down inside where there’s plenty of cold A/C and lots of ice cream. Can you blame me when it’s 109 out there?

Since Sacramento’s weather can best be described as Dante’s seventh level of Hell, I’ve been trying to stockpile my freezer with tons of ice cream options. Like my mood, my ice cream tastes fluctuate and I want to have options, people! So I set out to create a fabulous one with my favorite childhood treat, Cosmic Brownies. 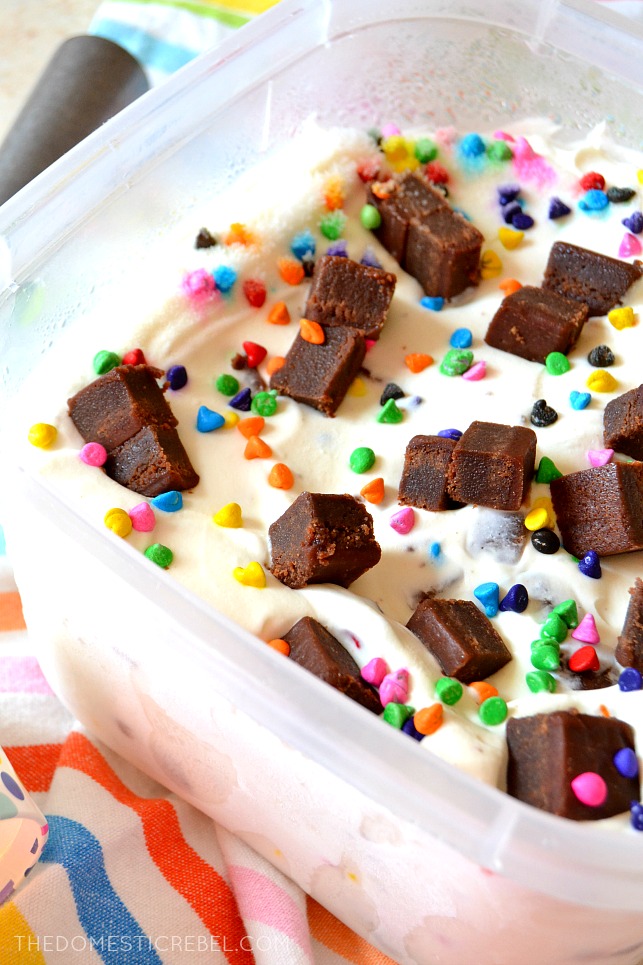 If you don’t know them, Cosmic Brownies are Little Debbie’s answer to frosted brownies. They’re super dense and fudgy and topped with irresistible little candy-coated sprinkles for a little crunch, and they were the inspiration for this No-Churn Cosmic Brownie Ice Cream! 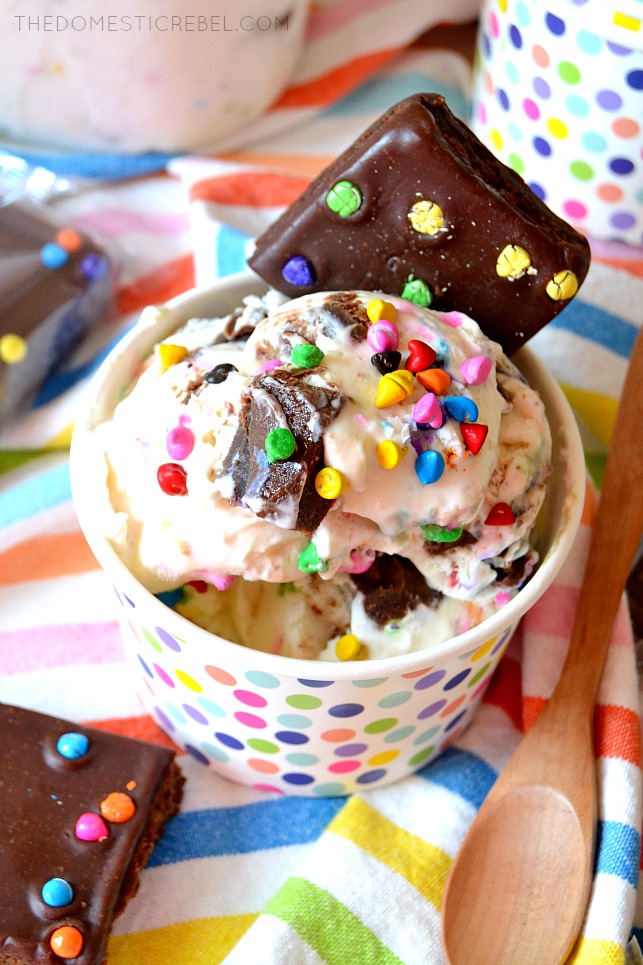 The result is a super creamy, marshmallow & vanilla flavored ice cream base studded with chunks of Cosmic Brownies and lots of little candy-coated sprinkles swirled throughout. AKA, a blast from your childhood past with a modern update that’s fitting for the hotter weather. 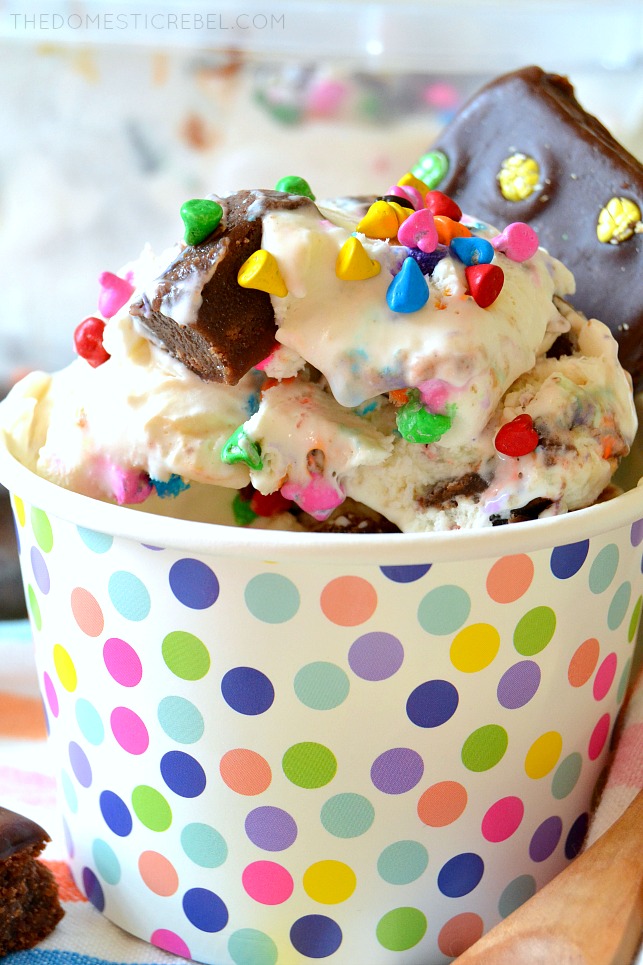 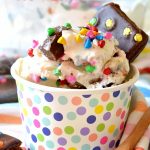 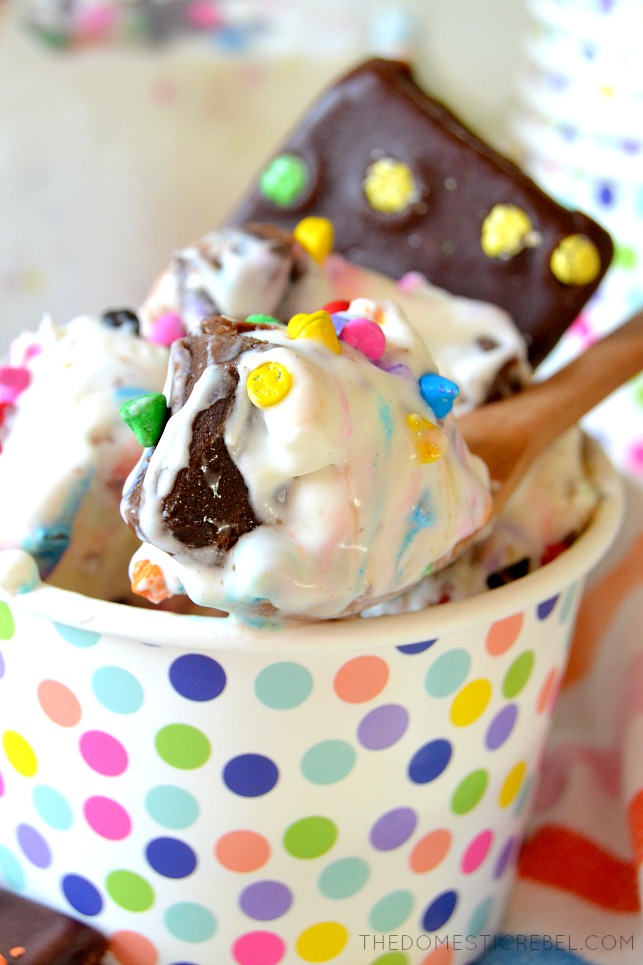 Creamy, sweet, with that gooey marshmallow flavor and fudgy brownie pieces… this ice cream is my new fave!