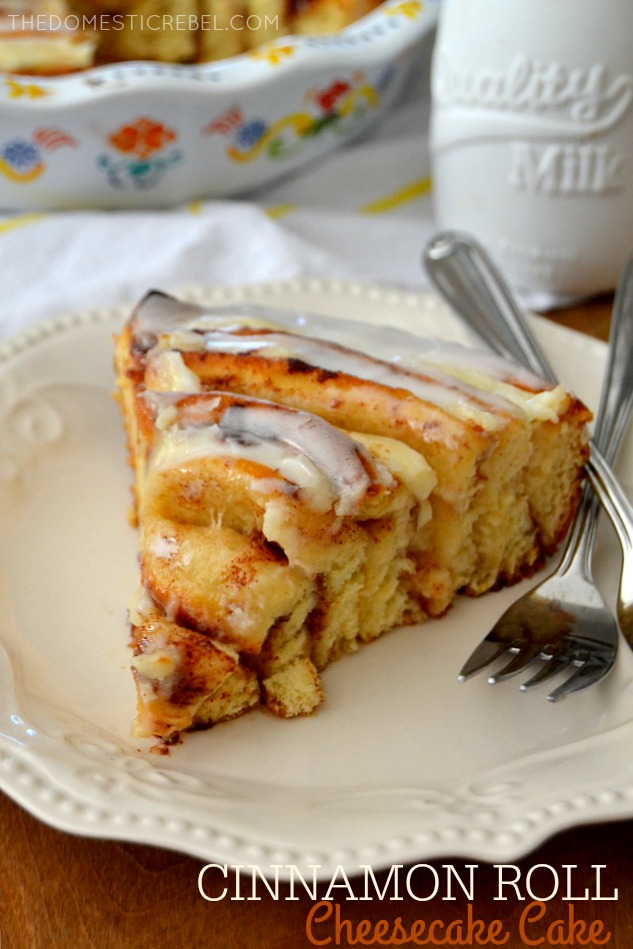 You guys. This cake is outrageous. Like, crazy-town good.

It’s basically a gigantic cinnamon roll stuffed with cheesecake filling. So in a word, it’s perfect.

Serve it up for breakfast, lunch, linner, dinner, or dessert. Or simply have it as a snack. Just whatever you do, promise me you’ll make it? It’s quite possibly one of the best things I’ve made.

You read that right!

It’s Friday, so I’ll keep this post short & sweet, but here’s the low-down on this monster. 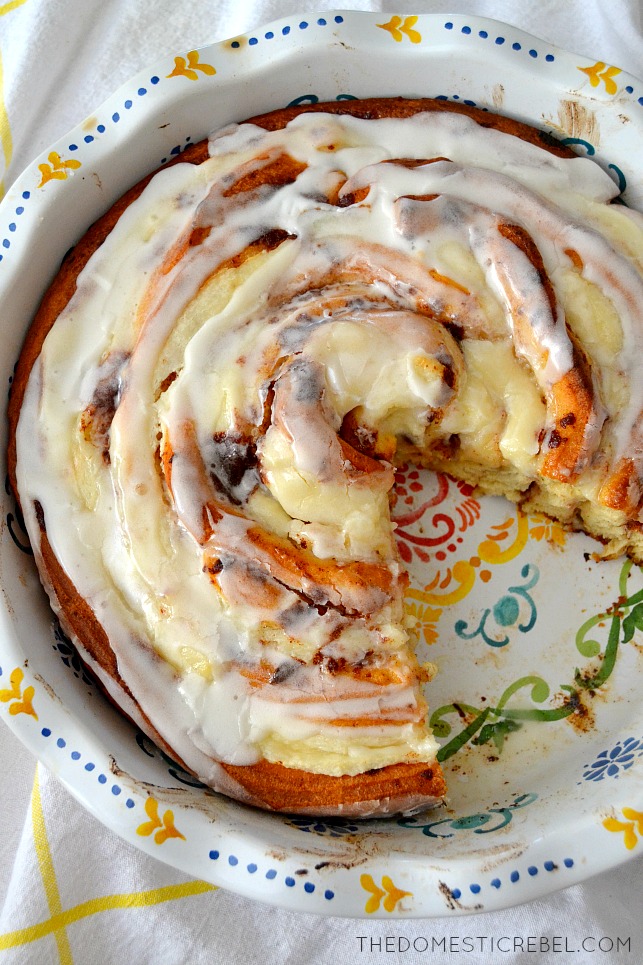 Basically, you open a package of refrigerated cinnamon rolls and unroll one of ’em slightly. Place it into the center of a greased pie plate or round cake pan. Unroll another cinnamon roll completely and begin wrapping it around the first cinnamon roll, cinnamon-side in. Continue with the remaining rolls until there’s a gigantic spiralized cinnamon roll in the pan.

Now you could bake this puppy off and be done, but why would you want to skip out on cheesecake filling? 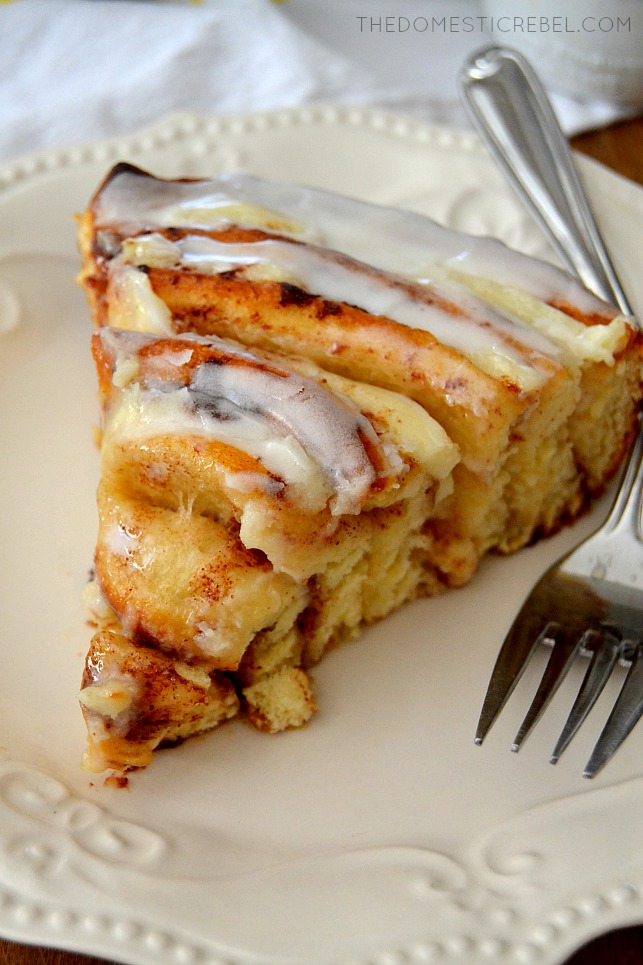 Whip up your cheesecake mixture and pipe it in between the cracks of each roll. It should be roll, cheesecake, roll, cheesecake, and continue to infinity… or until the middle of the cheesecake cake. Bake it up until it’s golden brown and purty, then top it with the cinnamon roll glaze that comes in the package.

Simple. Fast. Phenomenal. (And I’m not describing myself).

Do yourself a flava and MAKE IT! 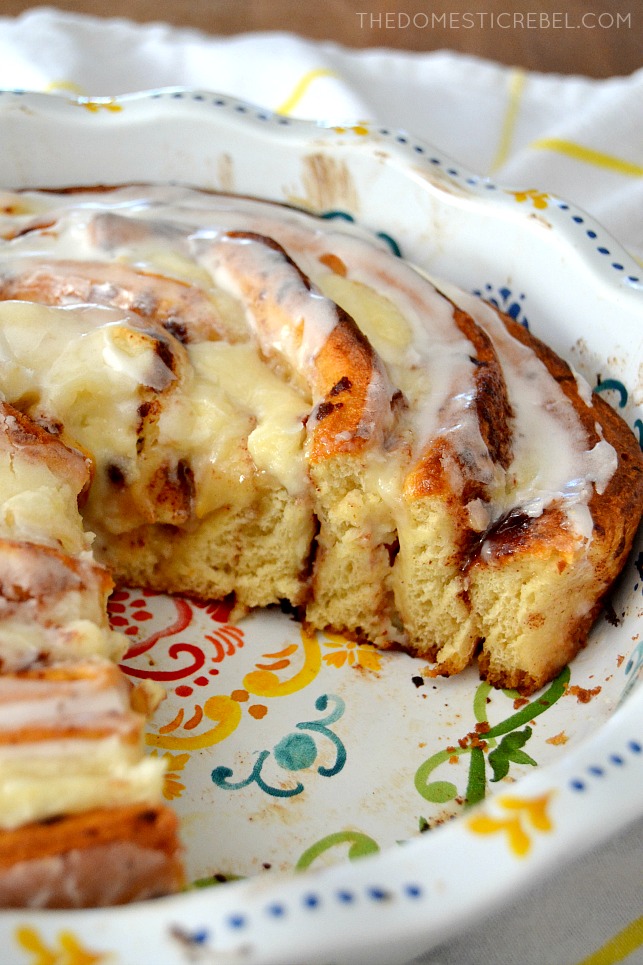 *adapted from the Pillsbury Bake Off Desserts cookbook 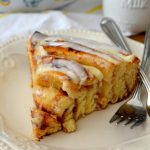 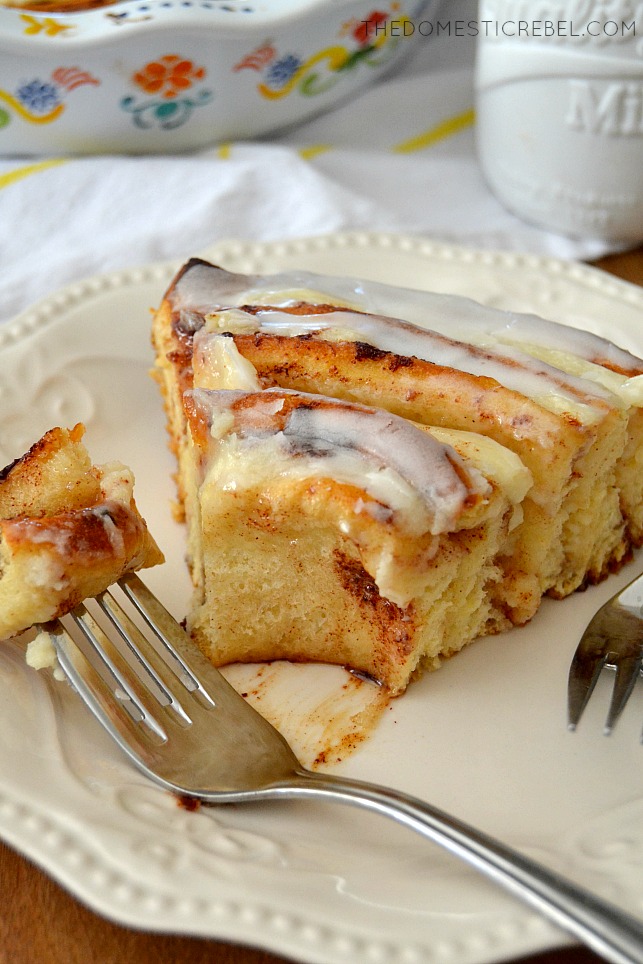 Super gooey, packed with cinnamon goodness and filled with creamy cheesecake. Is there anything this Cinnamon Roll Cheesecake Cake can’t do?!