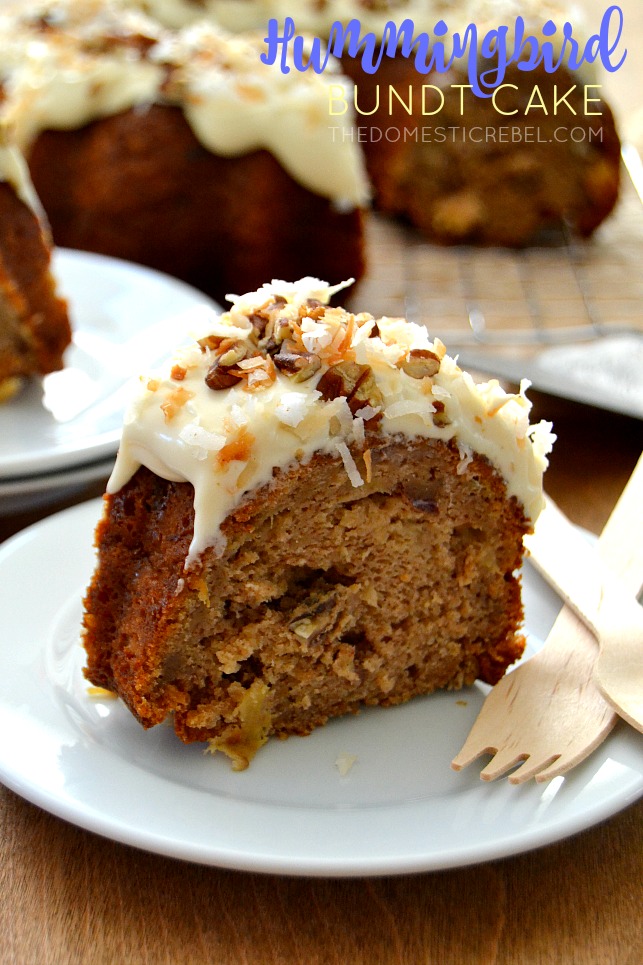 Can you believe this was the first time I’ve tried Hummingbird Cake?!

I know. Me either.

In my defense – and probably in many of yours – I hadn’t really known about Hummingbird Cake until recently. It’s a Southern cake, so if you’re from the South you’re probably way ahead of me. Allow me to catch up!

Most people know about red velvet cake – aka, the most Southern cake there is. But a lot of people overlook this beautiful Hummingbird Cake, which, by the way – I have no idea why they call it that. And no hummingbirds were involved in the making of this cake. Just FYI.

But there’s kinda something magical that happens when you bake up a Hummingbird Cake. First, it’s a spice cake base which automatically makes it awesome. Then you jazz it up with crushed pineapple, mashed banana and pecans. Lastly, I finished this off with a super thick, ultra rich cream cheese glaze, more chopped pecans and a sprinkling of toasted coconut.

The result is a supremely moist cake bursting with a bunch of different flavors and textures. You get the sweetness from the pineapple and banana, the crunch from the pecans, and the warmth from the cinnamon, nutmeg and cloves spicing the batter. Then you get the creaminess from that glaze – seriously, pass a straw – and a wonderful nuttiness from the toasted coconut.

And yes, toasting the coconut is mandatory. If you’ve ever had toasted coconut, you’ll know why. It’s only the bestthingever. 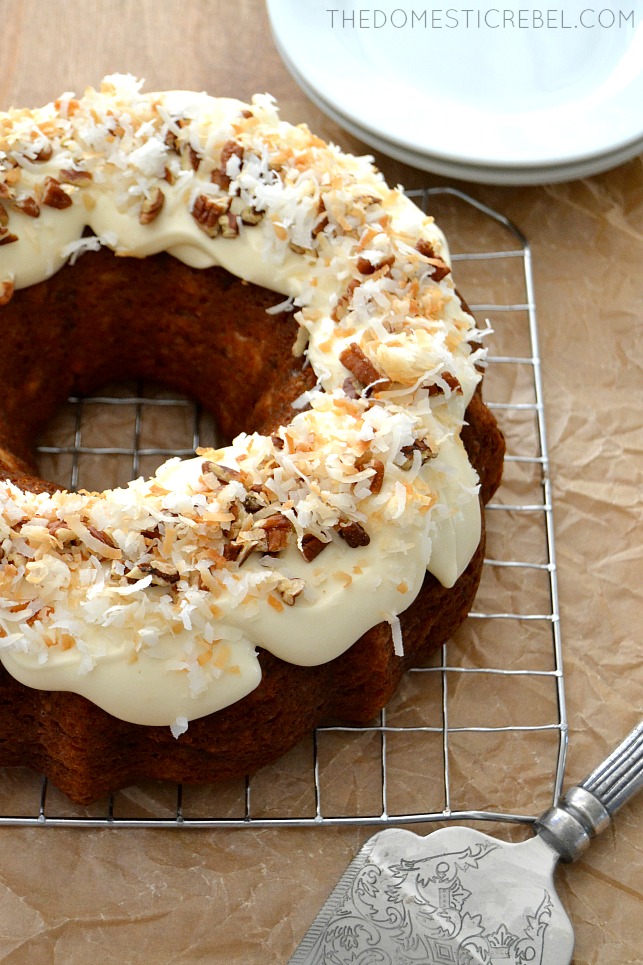 With spring vastly approaching, Easter coming up and Mother’s Day along the way, I highly suggest bookmarking this cake to make for any of those events! It’s so simple – thanks to a cake mix – but is doctored up so much that no one will know you took a shortcut. It’s definitely a cake that wows!

Plus, you can pretend to be Southern when you make it. Accent required, obvi. 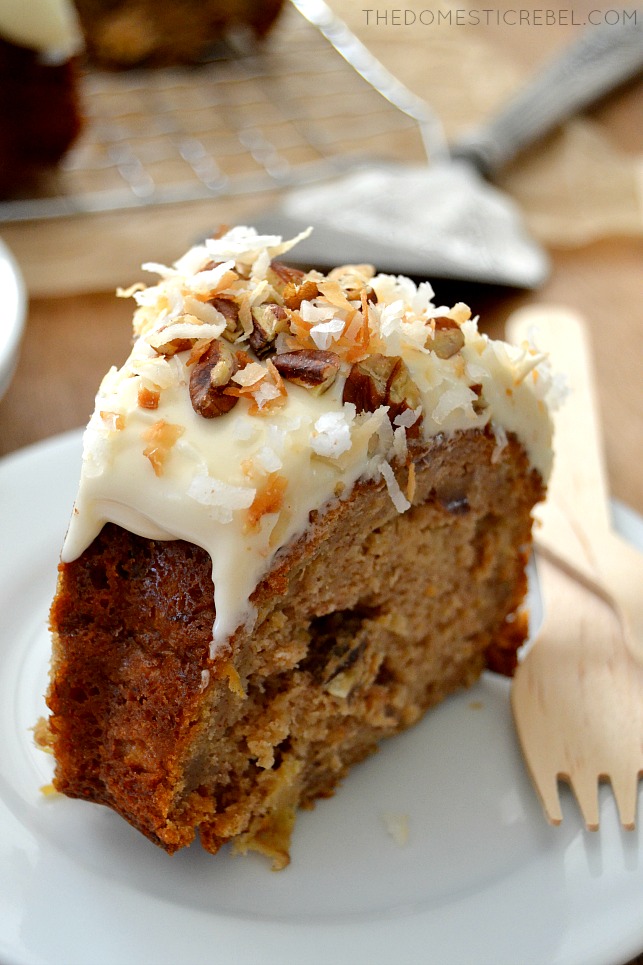 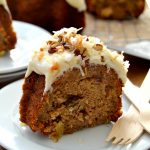 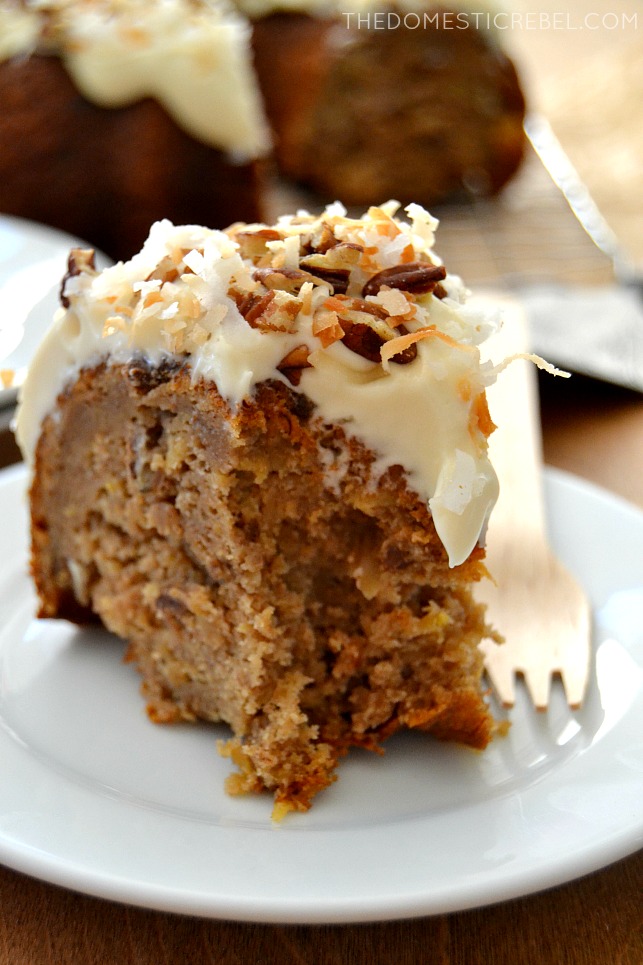 Rich, moist, flavorful deliciousness all up in here!