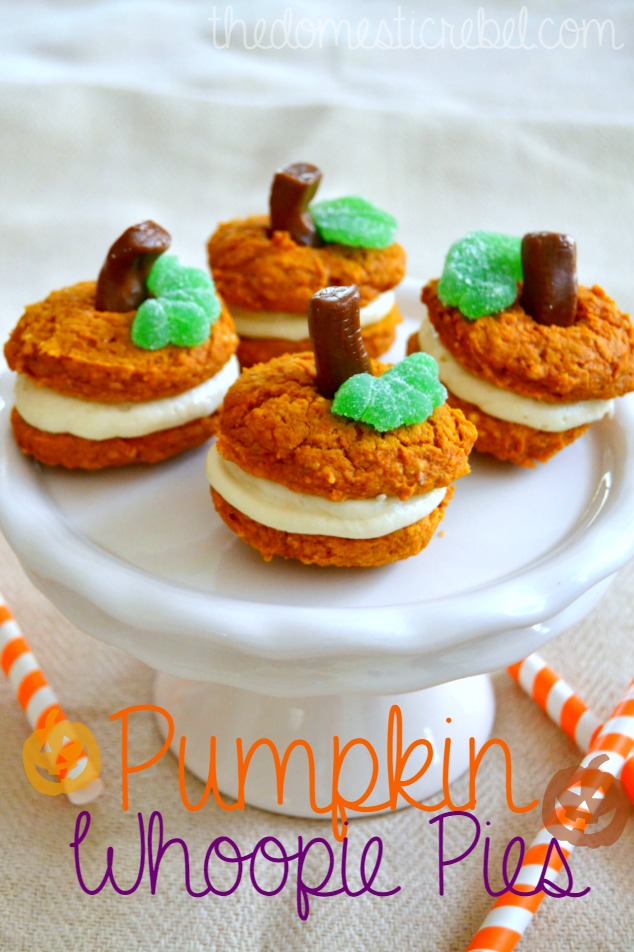 As a kid, we always went to this local pumpkin farm whenever it was open for the season.

It was a family owned farm, but it was pretty obvious it was owned by a family who really didn’t care too much about appearances, nor pumpkins.

The pumpkins to pick from were mildly attractive at best and they charged like $100/pound per pumpkin so my parents never let us get any from there. I didn’t realize that gigantic orange squash that grow from the earth would cost an obscene amount of money to purchase and then mutilate in the name of Halloween.

However crappy the pumpkin farm was, I was always deathly frightened by their ‘Haunted House.’ It was basically a glorified longer-looking shed filled with remotely creepy odds and ends that were brutally scary to a child but were actually really poorly strewn about to an adult. So the morbid weirdo in me begged my parents to walk through it with me and I would jump and shriek at the poorly tossed plastic skeleton bones and clumpy clouds of fake spiderwebs.

Because I was so spooked out over the house, I had these memories that convinced me that this house was truly terrifying. So one year I insisted to my then-boyfriend that this local pumpkin farm had the creepiest haunted house and we had to go.

We get there and eagerly anticipate walking through that same beat-down shed and the ticket lady was looking at us like, ‘seriously?’ but I had these fond memories of being truly terrified of the badass animatronics and decor, so we entered the haunted house.

A vague monster-music soundtrack crackled in the distance and the scariest thing about it was probably that the mixtape on the tape player (!!) they used still worked. The first few feet of it were those light-up lawn decorations that are usually Christmas-time deer but they were tinted with red lights to look like… red deer? They also peppered in some light-up lawn deco ghost to truly delight their guests with fright.

Later on we entered some mummy tomb where a mannequin in the corner was half-assed draped with bandage tape. Shortly following that was a graveyard scene with foam skulls stabbed onto wrought-iron fencing and an animated skeleton-hand-popping-from-the-grave thingie that creaked with desperation when you walked past.

Lastly, you walked through a fog sequence because fog is the international symbol of fright, and then you were greeted with daylight and $80 pumpkins.

Pretty sure I was dying of embarrassment forever and wasn’t allowed to pick out “awesome dates” for awhile after that one.

Anyway. I still love pumpkin patches and have since found some other local ones who don’t charge an arm and a fake-skeleton leg for some lopsided misfit pumpkin. My fond memories of the pumpkin patch was the inspiration for these whoopie pies, and after seeing similar ones on Lizzy’s blog, I was convinced I had to make some!

These couldn’t be easier to make and make for such a great presentation for parties or just because 🙂 Pumpkin Whoopies get dressed up like pumpkins in the patch with a simple Tootsie Roll ‘stem’ and a minty green gummy ‘leaf.’ Easy-peasy!

…and they don’t cost an arm or leg! 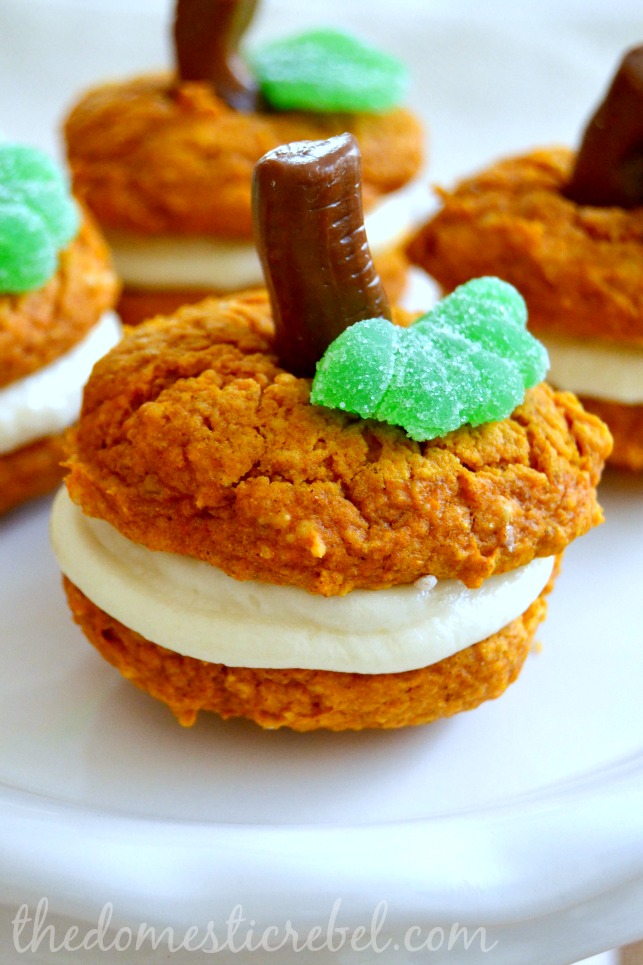 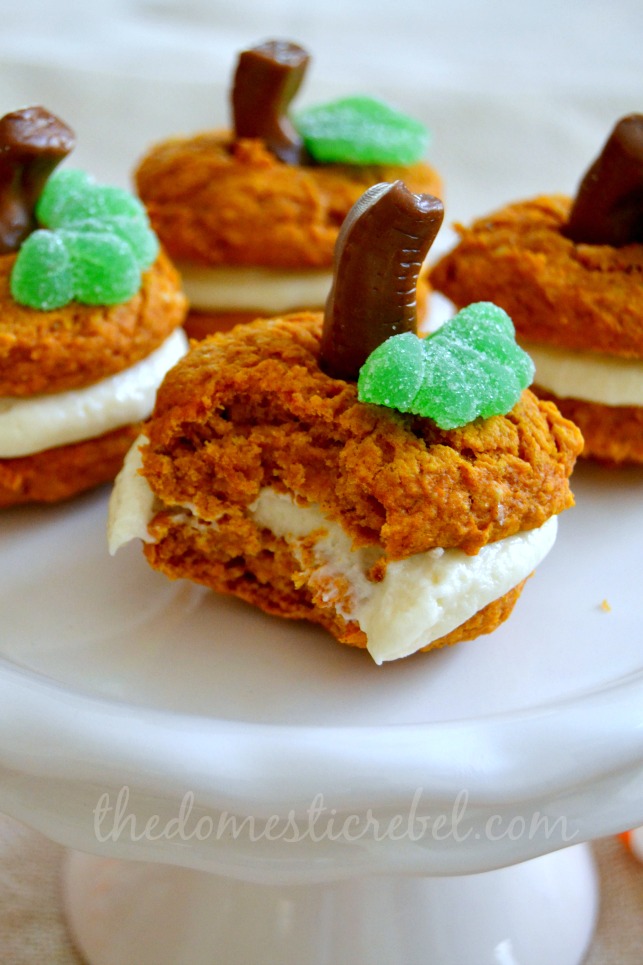 Nothing beats the classic combination of luscious, light cream cheese frosting and soft and perfectly spiced pumpkin whoopies! I have a feeling you’ll agree! 🙂

Have a fantastic day!!