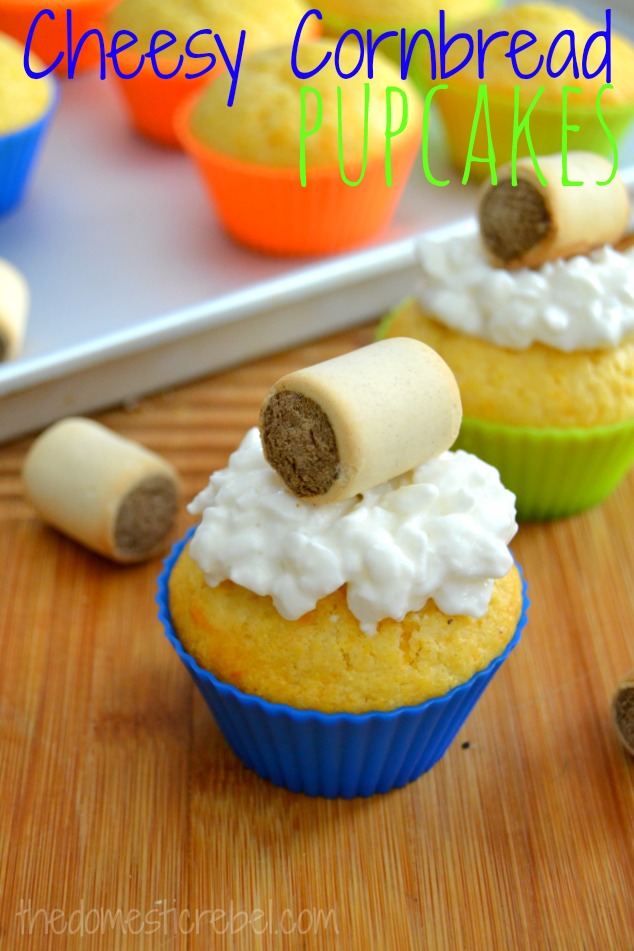 It isn’t very often that I make things that my dogs can eat.  As a baker, I’m constantly working with off-limits food like chocolate, caramel, candy, tons of butter and sugar… aka, all the things my dogs wish they could eat.

…Even though that hasn’t stopped Mannie from eating brownie batter out of the garbage, but I digress.

But I decided these two knucklehead dogs needed a treat after all of their loyal begging with no return.  That, and they scare away people who come to the door, like Creepy Dad or salespeople.  And even though Winston hates me (see my Instagram for proof of that devil dog), he still brings a smile to my face even as he’s attempting to rip it off.

That and we’re celebrating.  See, my best friend Sarah has this dog named Ranger.  Ranger is a Blue Heeler and she’ll be celebrating her birthday on September 1st, so I wanted to prepare some cupcakes for Ranger, Sarah’s other doggies & my doggies for a birthday party we’re throwing for Ranger.  Why?

Because Ranger is turning 20 years old.  TWENTY. YEARS. OLD.  And I’m tempted to call Guinness because this dog is some kind of immortal being.

See, Ranger is technically Sarah’s husband’s dog.  And Sarah’s man, Jimmy, used to live on a farm and Ranger was his go-to farm hand.  Ranger wrangled up the sheep, cows and horses and worked most of her life.  In addition, she also had a couple sets of litters, got kicked in the face by a bull, was accidentally run over by a tractor, ate an entire chocolate-frosted chocolate sheet cake, and killed two dogs that had trespassed onto Jimmy’s farm, one of which was a Rottweiler easily twice her size.  All before the age of 12.

While Ranger doesn’t practice farming now, and while her hips have since been as strong as they once were, she’s still kicking!  She’s a happy girl who always greets me when I visit Sarah, who still loves to boss the other dogs around, and who enjoys having her head scratched.  So to celebrate this immortal dog (also because if she is immortal, I do not want her to curse me with her witch-like powers) I figured I’d throw her a birthday party.  Being kicked in the face by a bull kinda deserves a cupcake, don’t you think?

To make these Pupcakes, I used these Silicone Cupcake Molds from The New York Baking Company after I was generously sent a dozen liners to review.  I’m always apprehensive about silicone because I’m a greasing freak — meaning, I grease everything with nonstick spray.  I was wary that these pupcakes would be completely torn up on the inside, so it was to my amazement that the cupcakes popped right out with such ease and effortlessness.  It barely looked like I’d baked them in the liners! 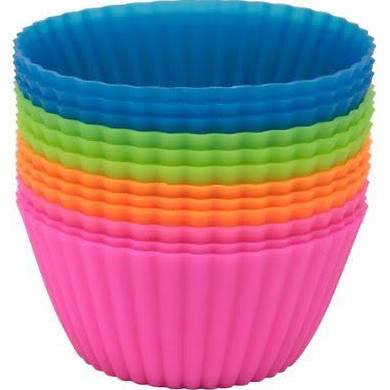 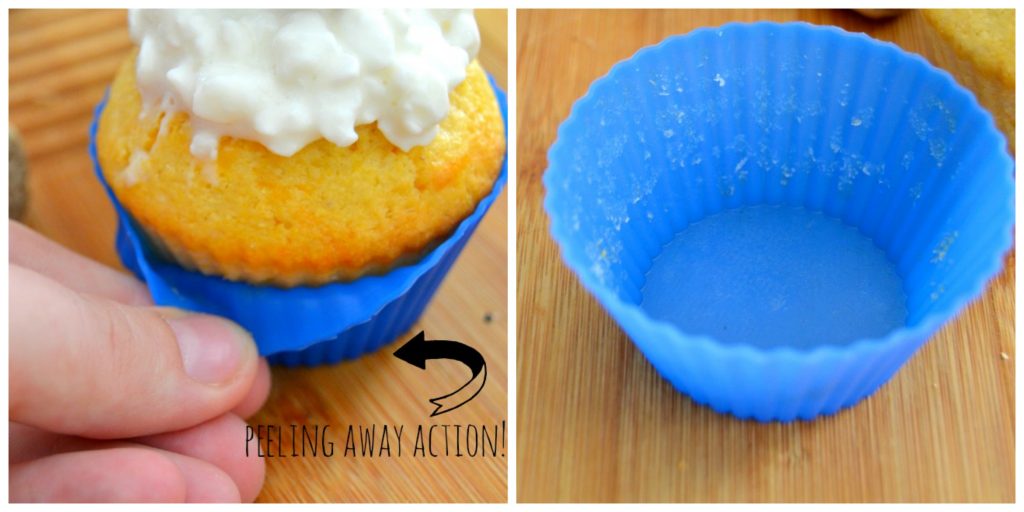 As a result, the cupcakes baked just as evenly as if they were in a muffin tin with a sturdy shape, even & consistent cook, and no crumbs stuck to the sides of the liners — hallelujah!  Plus, if we’re being honest, who really cares about paper cupcake liners anyway?  Sure, they’re adorable and I love their patterns, but they always fade or get wonky after baking and no one stops what they’re doing, drops everything and admires a cupcake’s liner.  Especially hungry canines.  So if you’re looking for an inexpensive, reliable and recyclable alternative to paper liners, look no further — I highly recommend this set from The New York Baking Company!

Now let’s eat!  Ranger hasn’t been waiting 20 years for us to chit chat 🙂 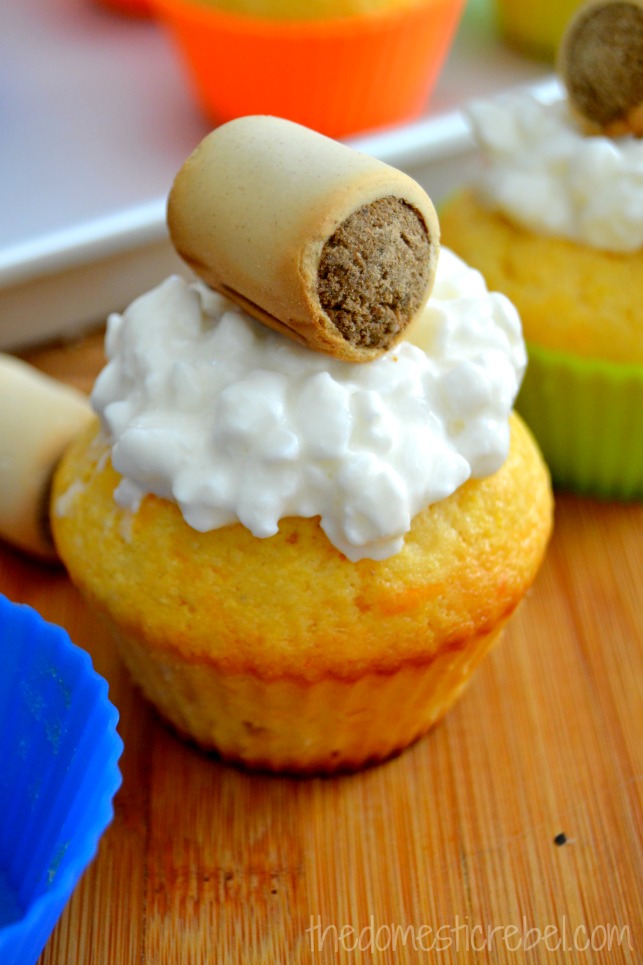 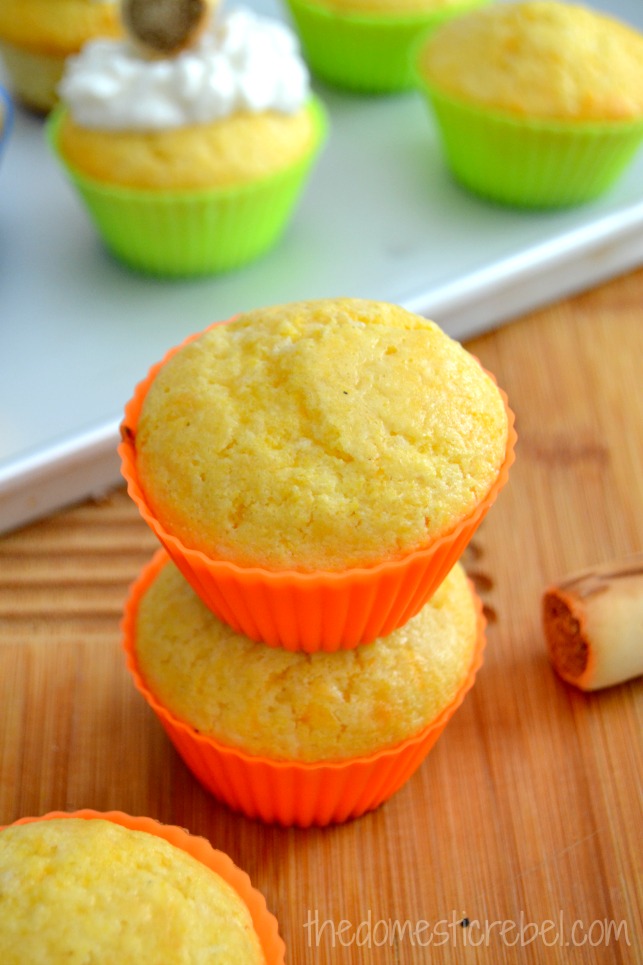 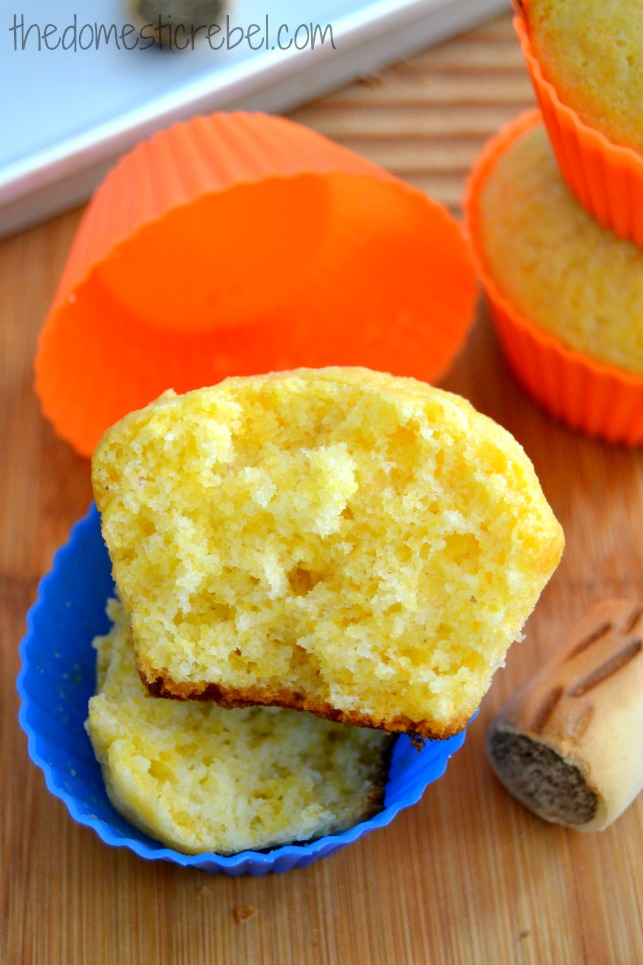 Mannie freaked out over the cottage cheese-frosted pupcakes because that dog eats cottage cheese like no other, whereas Winston preferred the unfrosted pupcakes since he has quite a beard that tends to get messy.  Meanwhile, Ranger was just happy to make it to 20 years old 🙂 Happy Birthday, Ranger! [here’s Ranger partying with her sister, Gerilyn!] 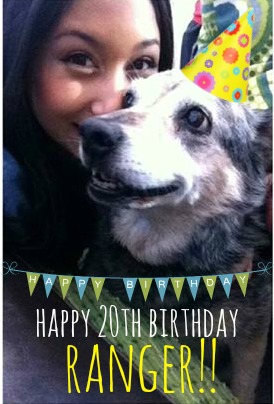 Make these easy muffins in minutes for YOUR dog!  I guarantee she’ll appreciate being noticed for all his hard work, begging, protection services and all that unconditional love! <3

Have a great weekend!

In the interest of full disclosure, I was generously provided with a set of NY Baking Company Silicone Liners to review.  All opinions are 100% my own and I was not otherwise compensated for this post. Please consult your vet before introducing any new foods to your pets.