This shop has been compensated by Collective Bias, Inc. and its advertiser. All opinions are mine alone. #AddCoolWhip #CollectiveBias 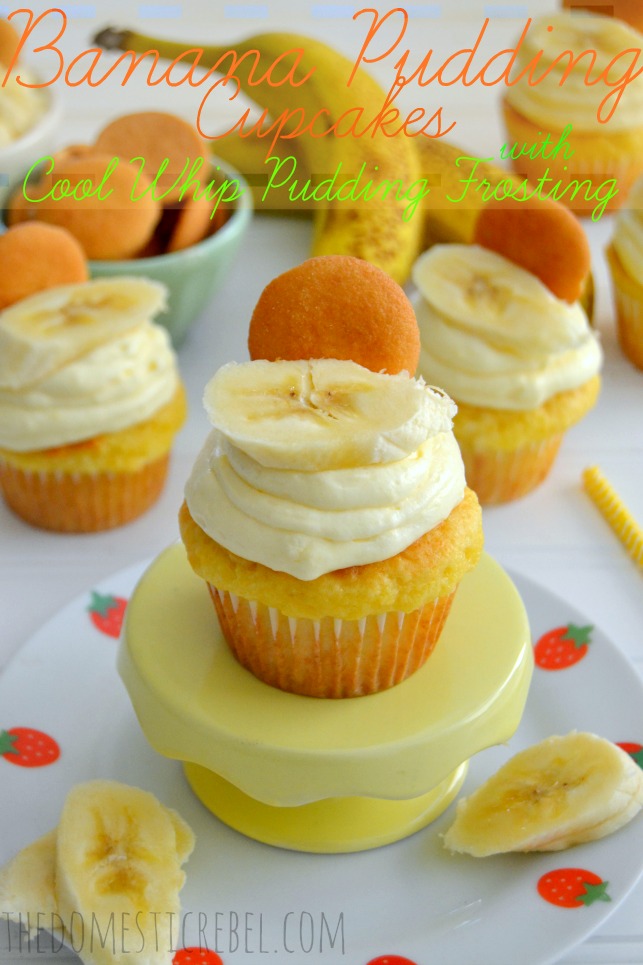 As a kid, one of my favorite snacks was Jell-O Pudding Snacks topped with a hefty (and I mean hefty!) dollop of Cool Whip on top.  The ratio was probably one cup Cool Whip to standard-size pudding cup, and frankly, I had dreams of giving myself a Cool Whip facial a la Robin Williams in Mrs. Doubtfire.  Helllooooooo, indeed!

To this day, I still have a soft spot for Cool Whip & Jell-O pudding.  Pudding is such an easy and delicious snack anytime of year, but especially in the summertime when temps are sometimes too high to bake.  It’s rich, satisfying, and so versatile — add in chopped fruits, nuts, candy or baking chips to switch things up, or fold in Cool Whip to create an easy pudding pie.

But for today’s recipe, I’m making one of my favorite frostings to top rich, moist banana cupcakes.  I first discovered this frosting a couple years ago and it instantly became a favorite.  It’s made with Jell-O pudding mix, milk, cream cheese, a little powdered sugar, and of course — Cool Whip.  Combined, these five simple ingredients create a light and fluffy textured frosting that isn’t too sweet (thanks to the cream cheese) but has just the right amount of flavor and sweetness. 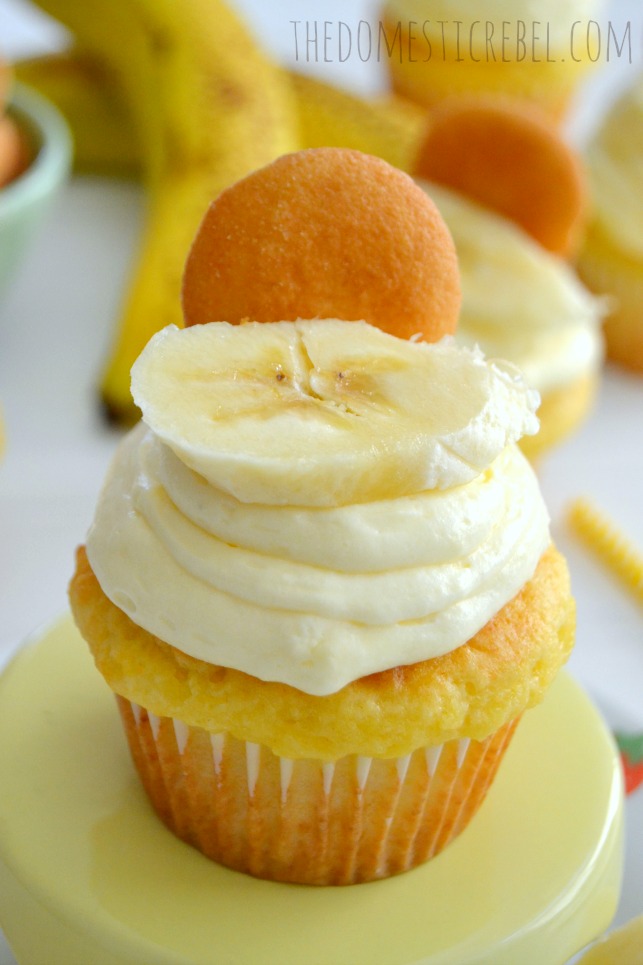 And since banana pudding is one of my favorite pudding flavors (what’s not to love?!) I decided to make these outrageously delish Banana Pudding Cupcakes with Cool Whip Pudding Frosting.  They. Are. AWESOME.  Soft and tender cupcakes topped with this scrumptious, easy frosting bursting with banana flavor, then topped off with a fresh banana slice and a vanilla wafer cookie — two key components to a seriously yummy banana pudding.

And if banana pudding isn’t your jam, feel free to make the cupcakes and Jell-O Cool Whip Frosting any flavor you’d like!  Imagine rich, chocolate cupcakes topped with a light chocolate frosting — the almost mousse-like texture would be insanely good!  Or even strawberry frosting on angel food cupcakes for a shortcake effect.  So versatile! 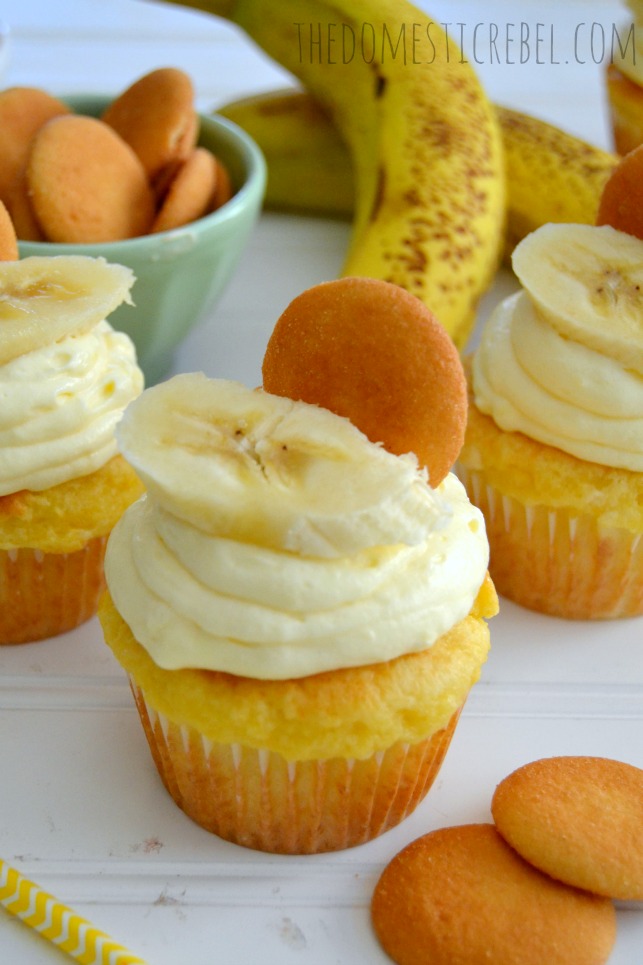 But if you’re a banana fiend like myself, you must give these cupcakes a try!  And if nothing else, at least make the frosting and eat it with a spoon! 🙂 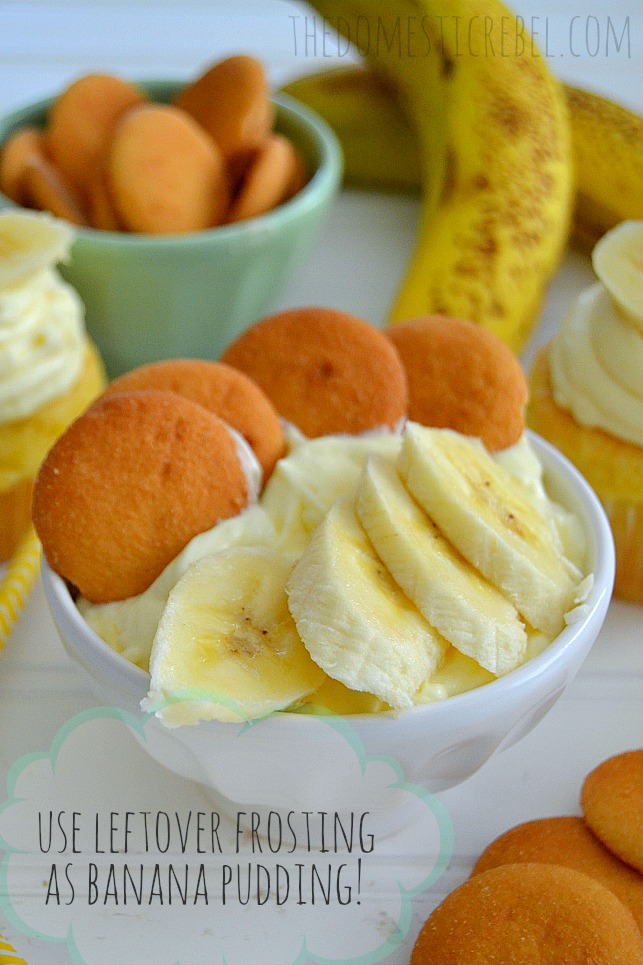 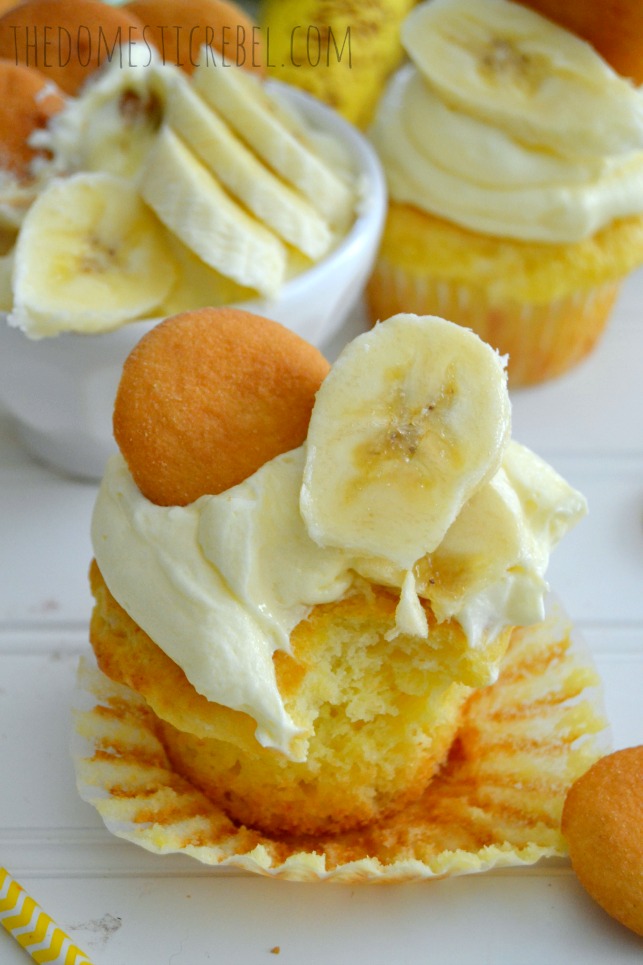 I am seriously in love with this fantastic frosting!  It’s so light, so fluffy and so delicious.  I love that it tastes like a lighter banana pudding — almost like eating a cloud of banana deliciousness.  As I mentioned earlier, if you have leftover frosting you can use it as pudding!  Just layer it in a dish or bowl with banana slices and vanilla wafer cookies, or crumble leftover cupcakes on top for a fantastic deconstructed cupcake pudding 🙂  top with caramel or chocolate sauce if you’re feeling extra fancy!

Want a better-for-you option?  Use Jell-O Sugar Free/Fat Free Pudding mix, fat-free milk, fat-free PHILADELPHIA Cream Cheese, and Cool Whip Free.  You can also substitute unsweetened applesauce for the oil in your cupcakes, and swap out whole eggs for four egg whites to make your cupcakes a more nutritious option.

Have a delicious Sunday!!