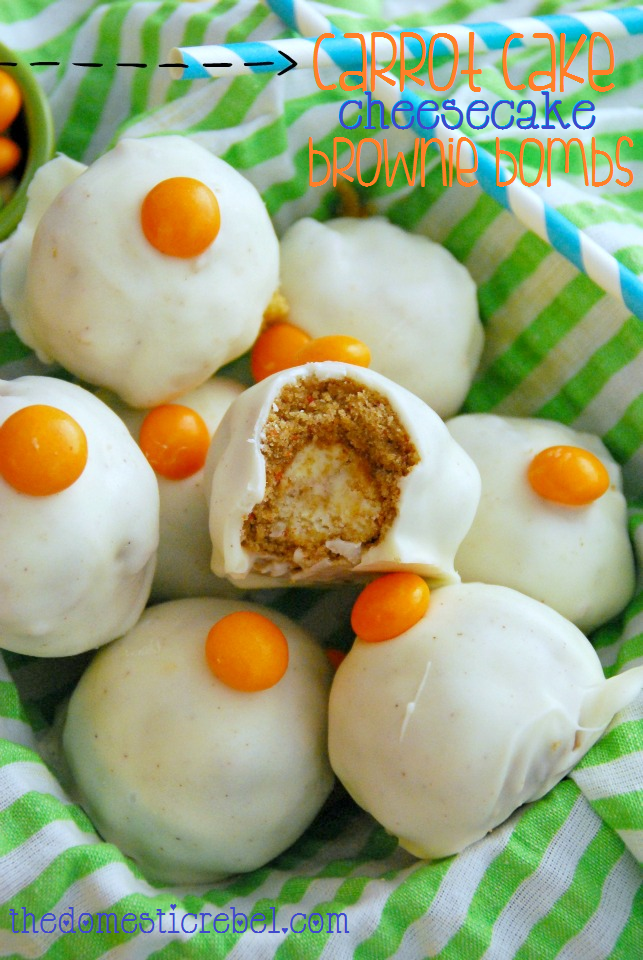 Some of you may know, but I recently got a new “grown-up” job.  It’s the most adult-y job I’ve had in ever.  I’m getting my own cubicle.  And phone line (!!!) and business email.  And OMG, it’s the kinda job that asks you to wear “business casual.”  In other words, I have made it to the adult world, people.*
*not really

And while I really enjoy the job so far, I feel like a complete fish who’s out of water, on Mars and wearing a Richard Simmons face mask, like WHUTTTT THE HELLLL IS GOING ONNNN.  Tooooootally out of my element, y’all.

First of all, it’s set in an office building where there is no music playing, no sounds being made except for the low hum of a printer in the distance which basically goes against my religion.  No music?  No sounds?  I mean, people literally type so softly that the sound is undetectable by the human ear.  And seriously, you can’t even hear anyone breathe.

So you can imagine my general embarrassment when I walk down the hallways wearing clinking jewelry, combat boots thumping, swishy skirt swishing, and my typical-human breathing patterns clambering along like a bull in a china shop.  Or in the Matrix.  Whatever’s quieter.

And I get all these stares from the workers like WHY IS SHE BREATHING IN MY SPACE? and I look at them all self-conscious like, I’m sorry I’m breathing, y’all!  I’ll try to keep my lungs silent as to not disrupt your delicate workflow!

So basically I’ve become REALLY good at holding my breath.

And second of all, I have been taking the business casual thing as “wear what I usually do except with slightly less sparkle.”  That still hasn’t stopped me from wearing a tutu and combat boots, or from dressing up as a cowgirl one day.  Oh yes I did.  And I’m kinda getting the impression they’re not taking the girl wearing costumes seriously.  But honestly, just because I’m working in an office doesn’t mean I need to dress so drab.  Plus, slacks and loafers are against my moral codes.  Do I look like I own a pair of khakis?  No.  So let me wear my damn peplums and sky-high booties in peace!!

It’s taking me quite some time to adjust to holding my breath and reign in my craziness.  I just can’t wait until cubicle day so I can string up some Christmas lights, hang a beaded curtain as my door, and maybe install a stationary bike in the corner by my bonzai garden.

Until then, I’m trying to win over these folks with my craziness, and a good way to do that is with food.  Crazy good food that will make you scream and dance and dress up like a cowgirl to work on Thursdays.  Just do it, people. 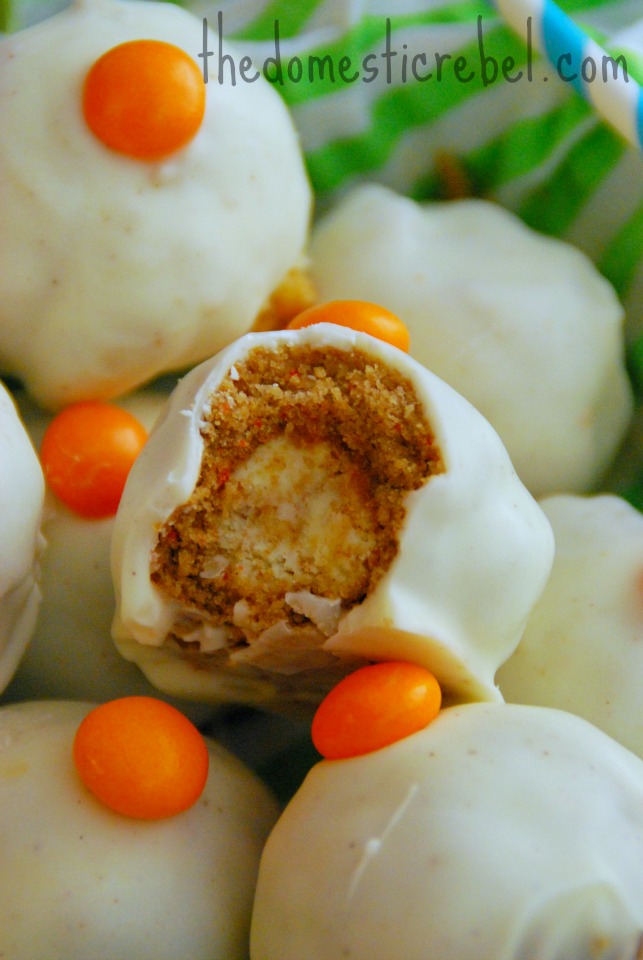 Awhile ago, a sweetie pie friend of The Domestic Rebel suggested through Facebook that I make a brownie bomb featuring carrot cake.  I experimented a little with my Red Velvet Cheesecake Brownie Bombs, and finally found a recipe for the carrot cake version that’s sweet, spicy, tangy, and totally explosively awesome.

But mainly I just want you to make it so you’ll dress up like a cowgirl, too.  Yeehaw!! 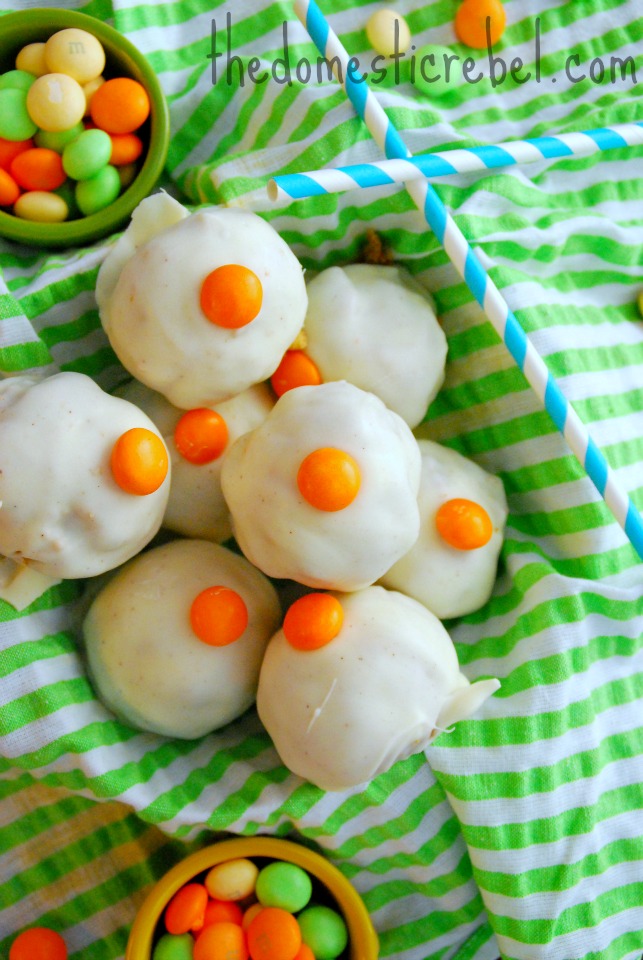 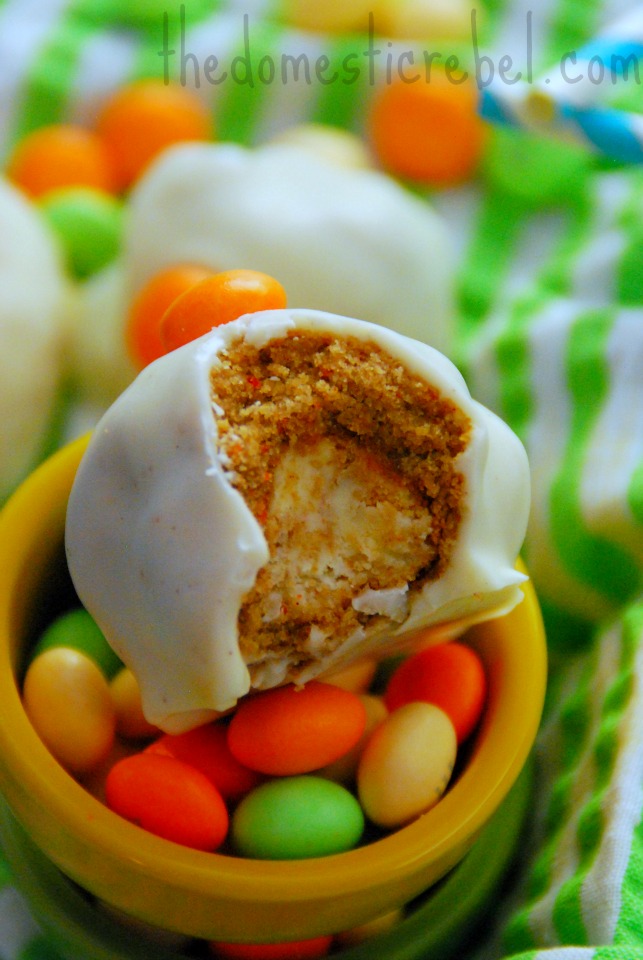 My coworkers FLIPPED for these fantastic carrot cake bombs!  The creamy cheesecake filling, the spicy carrot cake blanket around it, and the smooth and warm cinnamon white chocolate all made for a delectable little bite of delicious carrot cake.  As I mentioned in the recipe notes, I used the cheesecake bites most commonly found at frozen yogurt shops and they worked out great (and were a little cheaper than buying a whole premade cheesecake!)  Either way you bite it, anything stuffed with cheesecake, smothered in brownie and coated in chocolate is going to be awesome!!