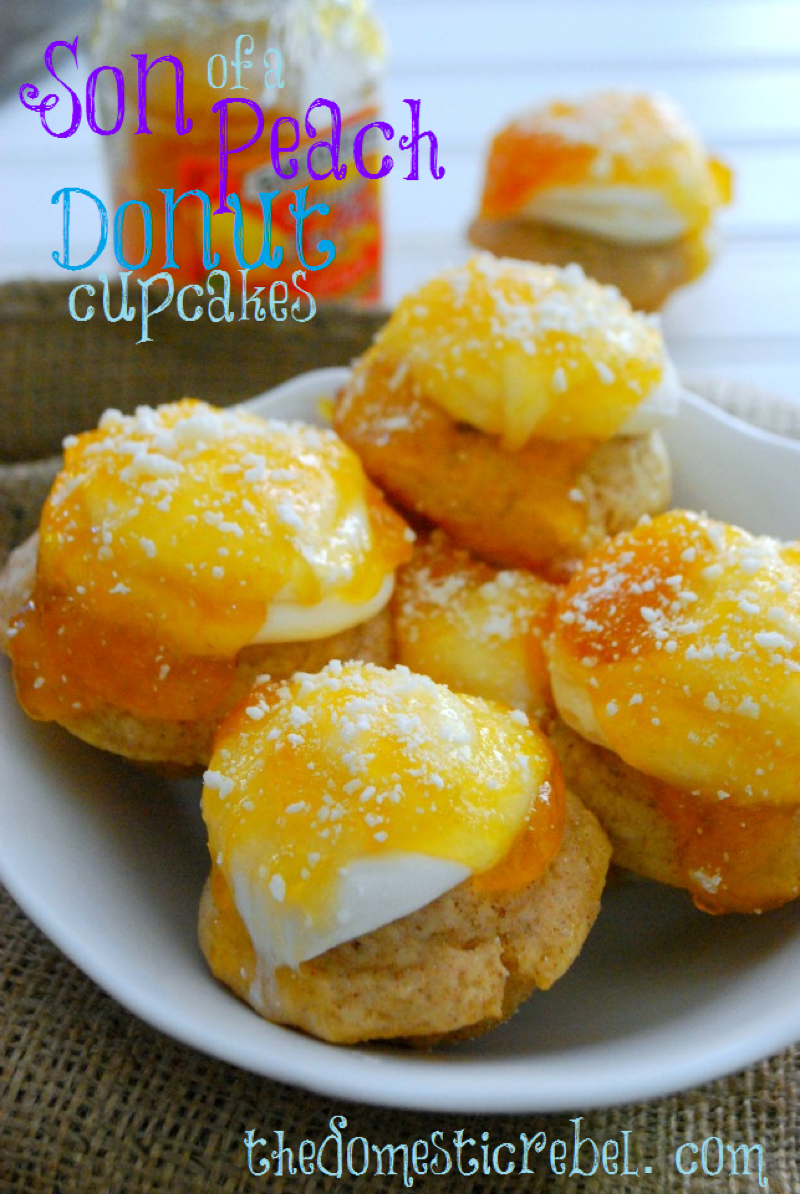 Alright, dudes.  You got the Nazareth playing?

Now while the song is in the first few guitar riffs, get yo ingredients ready.  We are gonna make some hard rocking donut cupcakes today.

Whaaaaat is a donut cupcake, you ask?  Good question, young grasshopper.  It’s that thing when you make a donut base but instead of fry it or put it in a donut pan, you bake it in a cupcake tin, ’cause rules are meant to be broken.  And then you add a little dollop of frosting and a whole lotta peach lovin’, and voila, a peach donut cupcake. 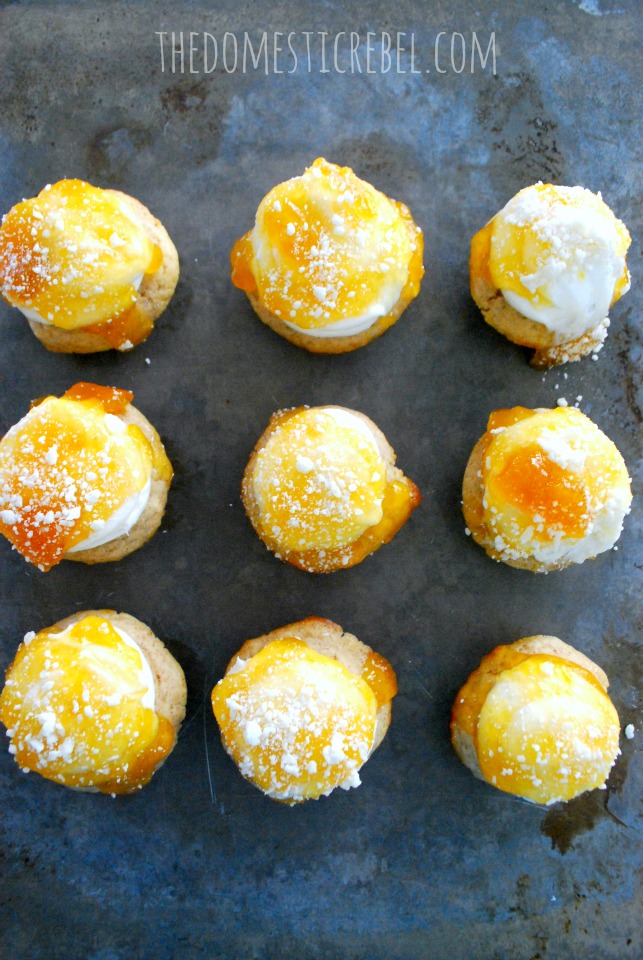 Specifically, a son of a peach* donut cupcake.

Now you’re messing with a…