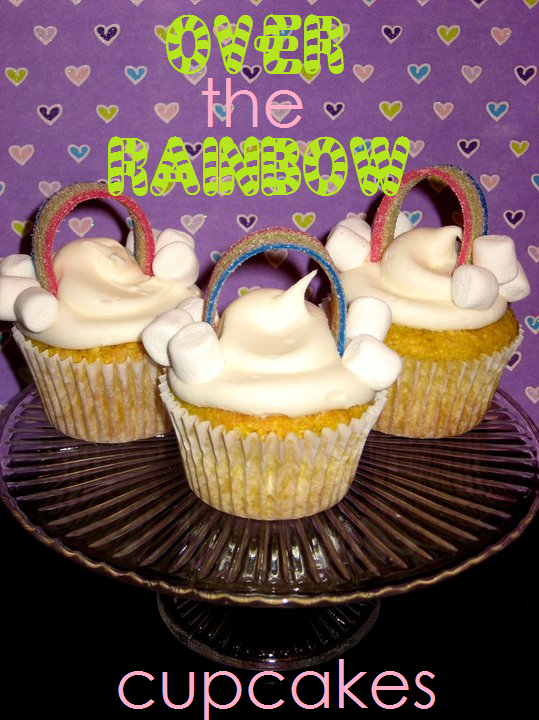 For St. Patrick’s Day, I wanted to be a nonconformist.

I mean, I’m Irish so it’s only natural I like this holiday. Mostly because I like corned beef and cabbage (even though I can’t eat beef and my family doesn’t like cabbage) and the color green is quite pleasant. And don’t get me wrong: I love the combination of chocolate and mint–did you see my last post?! It’s totally yummy. But that’s what everybody else thinks, too.

So I wanted to change it. Switch things up a bit, you know? So we aren’t all minted-greened-and-cabbaged-out together. Some refreshing change never hurt anyone.

And this is no exception.

Wanna know what else goes hand in hand with St. Patty’s? Leprechauns. For whatever reason. And rainbows, because of the leprechauns. Obviously.

Just don’t go running and screaming if any leprechauns should appear looking for their pot of gold in your kitchen. Instead, offer them one of these cupcakes. Because clearly cupcakes are the equivalent option of gold coins. But you know.

Over the Rainbow Cupcakes

1. Preheat your oven to 350 degrees F. Line 24 cavities in muffin pans with paper liners. In a large bowl, beat together cake mix and ingredients called for on back of box. Stir in dry pudding mix until well combined. Lastly, stir in the yellow sprinkles for a little extra sparkle, because you know I like sparkle. Bake approximately 15-18 minutes or until a toothpick inserted in the center comes out clean. Cool completely.
2. Once cooled, place vanilla frosting into a piping bag (I used Atecco tip #807) and pipe frosting onto cupcakes. Take a halved candy belt and form an arc, gently pressing the ends into the icing. Take three mini marshmallows and carefully press into the sides of the arc to form small “clouds” on the cupcake.
3. Make a wish, feed a leprechaun, find a pot of gold, or hell, just eat one because they’re festive and yummy and adorable. 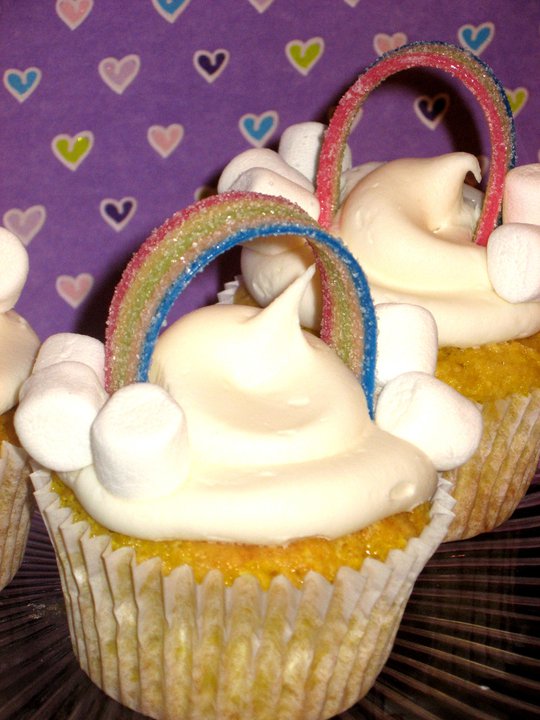