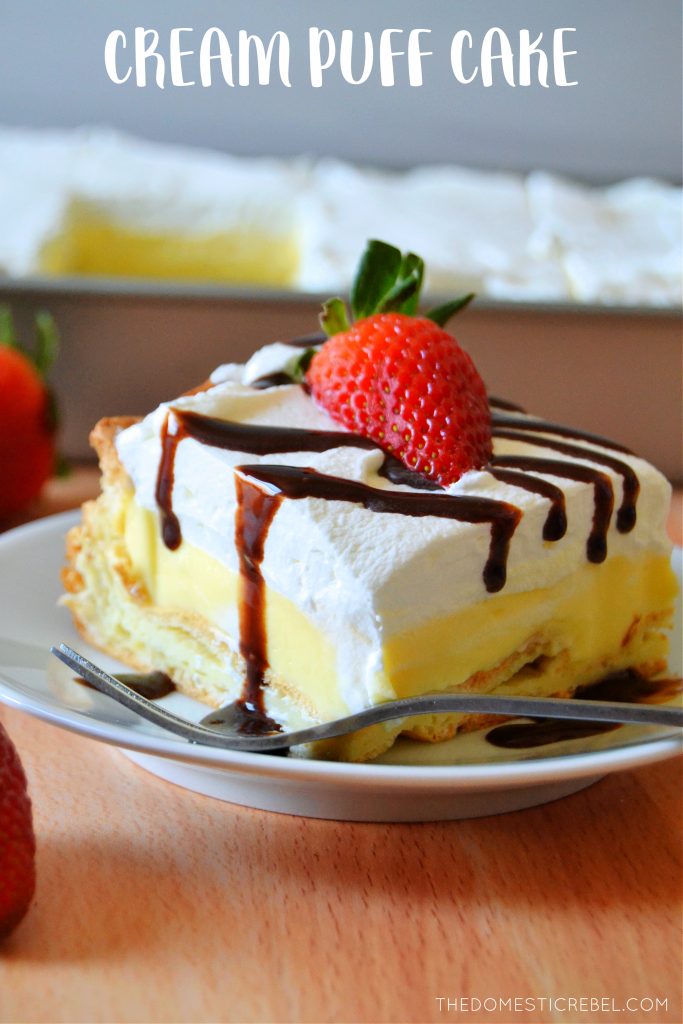 Craving cream puffs but not all the work that goes into making them? This Cream Puff Cake is the answer! It tastes like a ginormous cream puff and comes together surprisingly easily and is a total crowd-pleaser!

Things have totally changed so much since last year. I know that’s painfully obvious and I don’t have to really say that, but even little dumb things like me saying this dessert is a total “crowd-pleaser.” In 2019 it would be a total crowd-pleaser! In 2021? Maybe a crowd of 6 or less, all standing 6 feet apart!

Parties. I definitely miss them! I throw one every year at Christmastime with my friends and close neighbors and look forward to it all year. And even though in the grand scheme of things it is so trivial, man, it was so hard to cancel it last year! I just wanted some sense of normalcy back after my hellish 2020. So I’m praying the world can get back on track in 2021 so hopefully I can throw one this year… maybe put this cake to the “crowd-pleasing” test, even if my “crowd” is only 6 people!

But let’s talk about this cake! I am a HUGE cream puff fan and have been since I was a kid. Whenever I’d go grocery shopping with my mom and we’d go by the bakery, I’d beg her for a cream puff. Sometimes she’d say no, but on the times she’d say yes I would relish each mouthwatering bite of that flaky pastry and fluffy whipped cream. They are so nostalgic for me!

While my Super Simple Cream Puffs are very easy to make, this cake is the real winner when it comes to ease of preparation. Typically, regular cream puffs require you piping the pate a choux pastry into circles onto parchment paper, baking them, and then cutting them in half with a serrated knife to fill. Not here! You’ll simply make the same pastry and press it into a greased pan and bake. Easy as that! 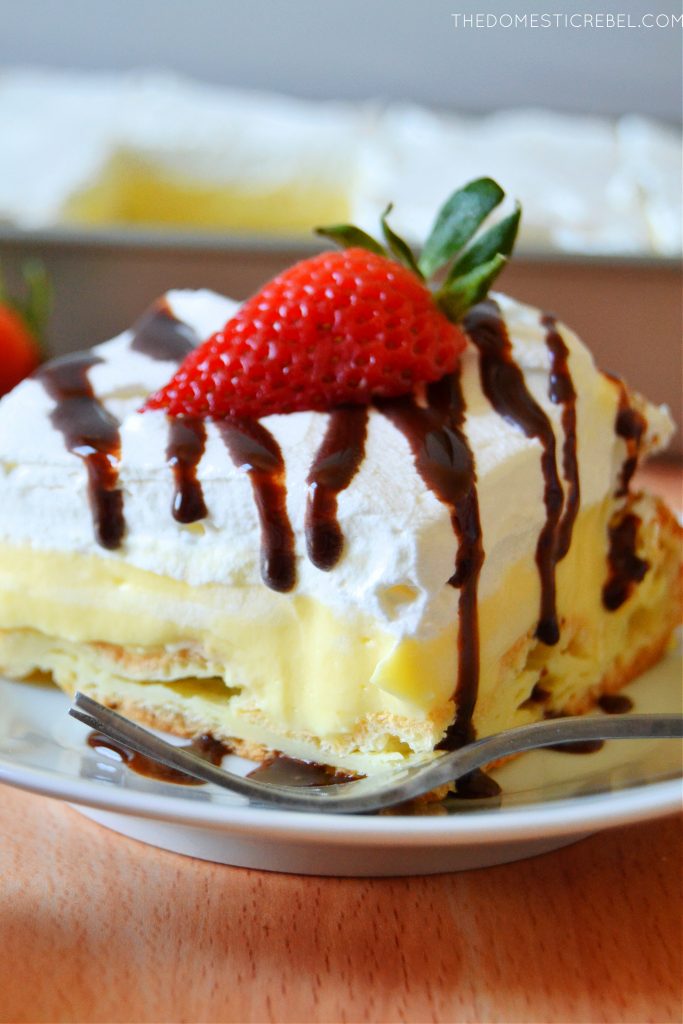 A typical cream puff pastry is called “pate a choux” and is made with flour, water, butter, salt, and eggs. I also added a Tablespoon of sugar to mine for a little sweetness. It’s very humble but makes for an amazing pastry that is the basis of many desserts, including churros! You cook the water, butter, sugar, and salt and bring to a boil, then stir in the flour and cook until it forms a ball in the pan. Add the ball of dough to a mixer and beat in the eggs, one at a time until combined. Then you’ll press the dough into a greased light metal baking pan and bake until golden and puffy. The pastry crust will puff up tremendously, especially along the sides. This is normal! 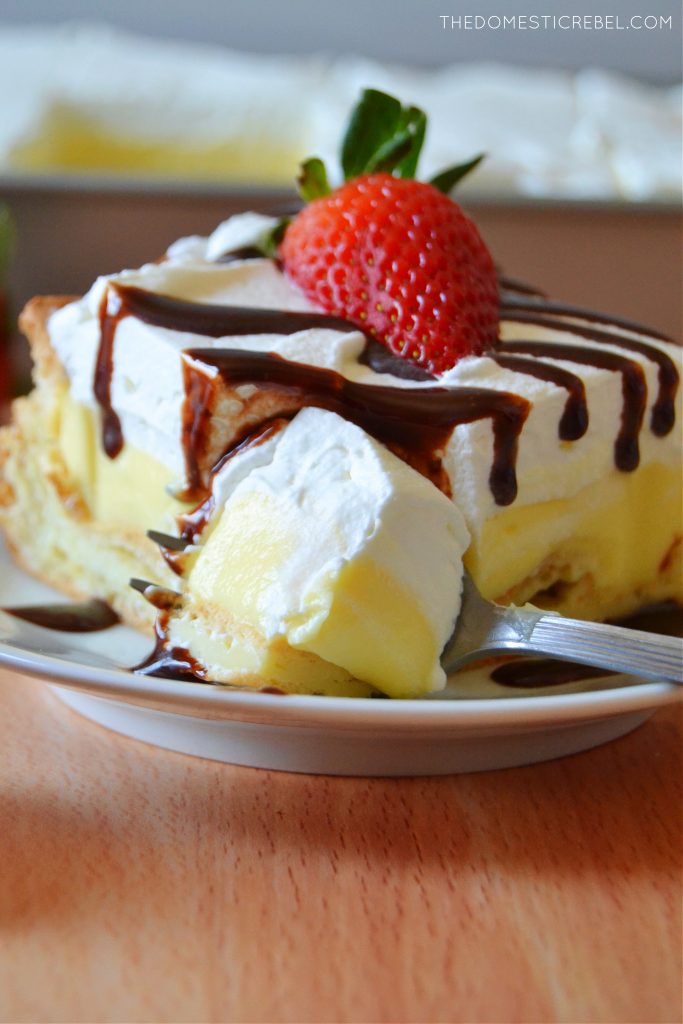 This is a classic, old-fashioned recipe made with Jell-O pudding mix, so the filling consists of some vanilla instant pudding mixed with cream cheese for a delicious semi-homemade, ultra creamy and totally nostalgic taste. It truly hits home and tastes so perfect! 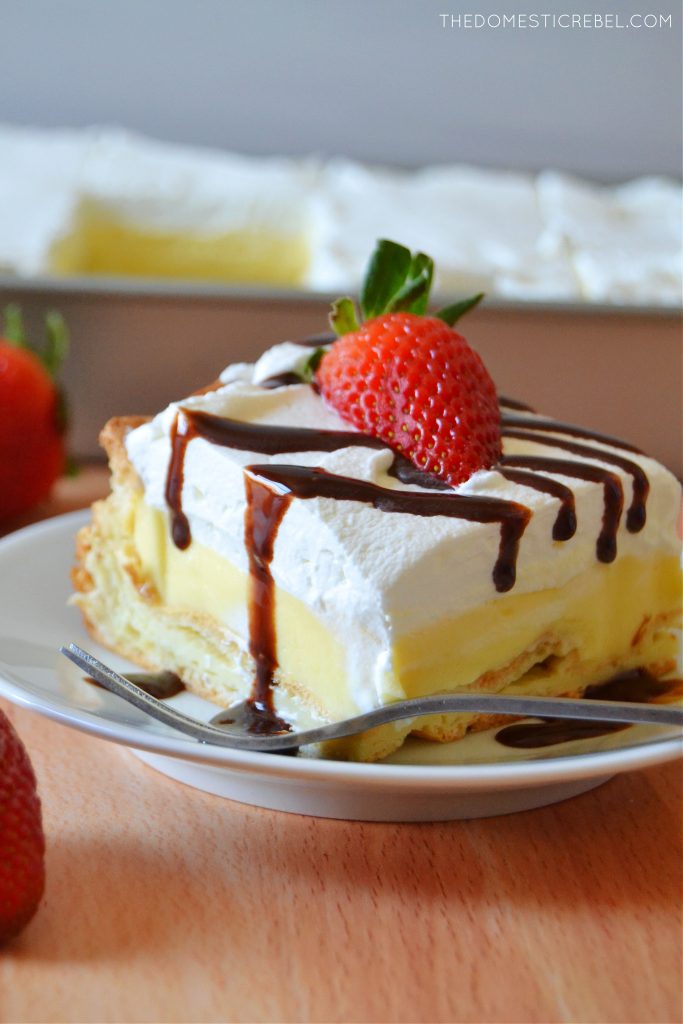 I like mine topped with fresh sweetened whipped cream, but Cool Whip would be the most nostalgic. Use whatever you’d like! 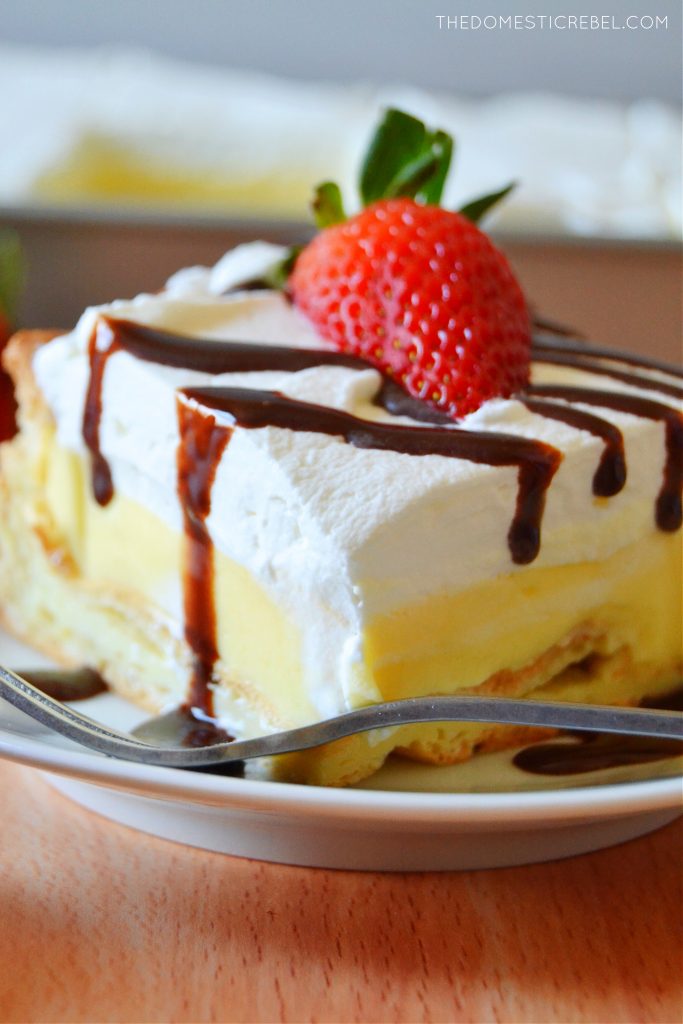 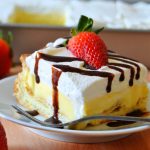 If you're using Cool Whip, use a thawed 12 oz tub and omit the heavy whipping cream and confectioners' sugar from the recipe.  Remember, you're using two (2) 3.4 oz packages of instant vanilla pudding mix and only 2 & 1/2 cups of milk total. Do NOT prepare the pudding according to package directions. 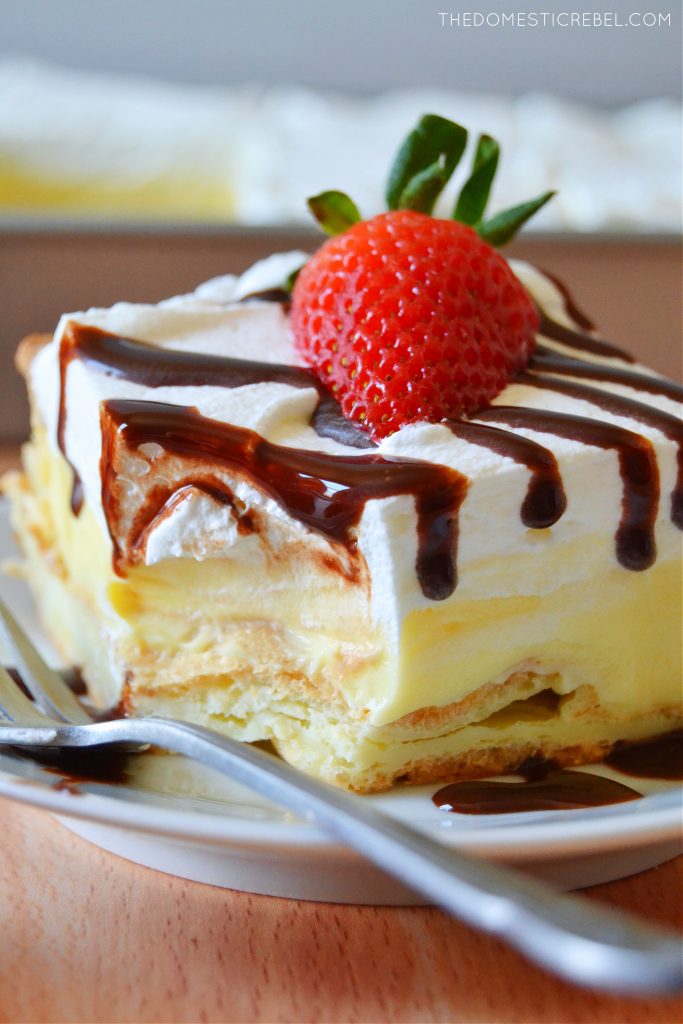 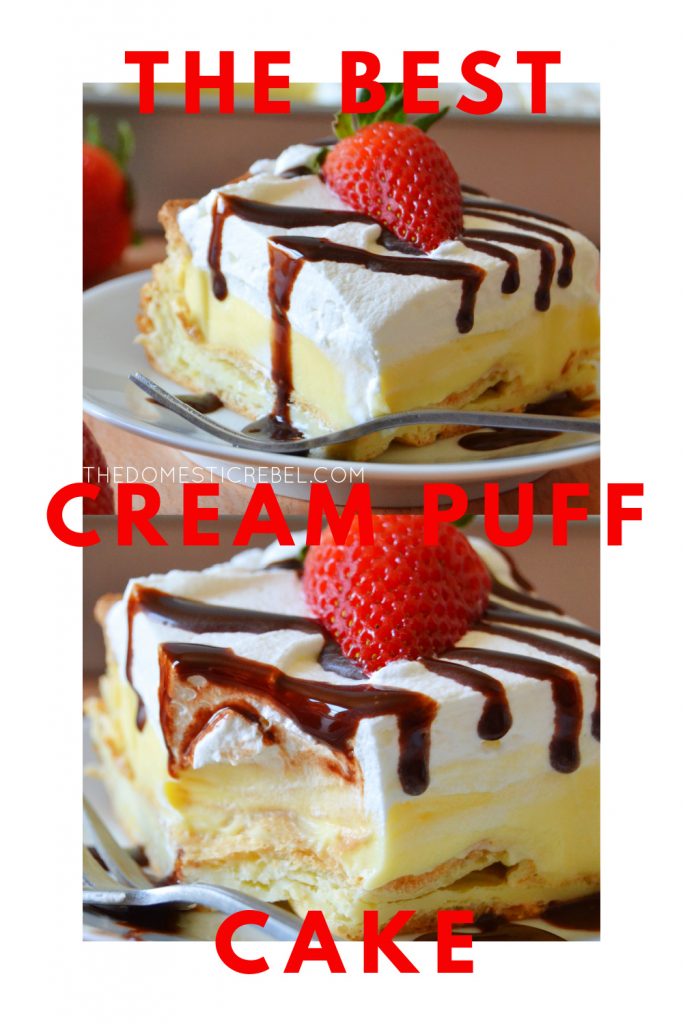