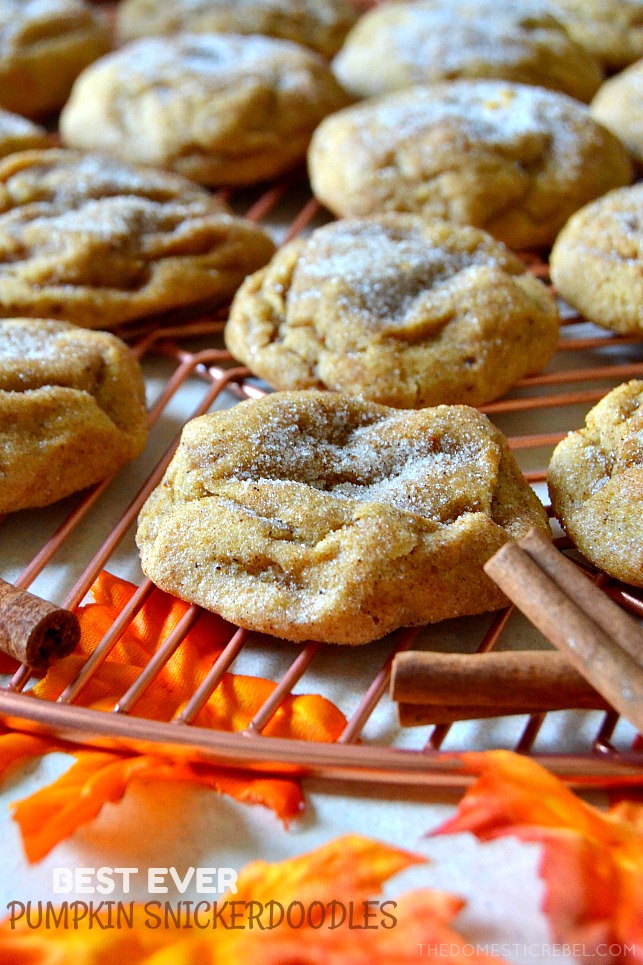 These Best Ever Pumpkin Snickerdoodles have earned their title! Super easy, plush and soft snickerdoodles flavored with pumpkin spice. This recipe is going to be your go-to!

So I don’t usually have problems admitting when I’m wrong, but after multiple people said my original Pumpkin Snickerdoodle recipe wasn’t pumpkin-y enough, I went back to the drawing board.

I happened to think they were awesome, but if you guys didn’t think so, something must have been off.

I was trying to figure out how to make these pumpkin-y and delicious without sacrificing the texture of the cookie. See, pumpkin is a tricky ingredient. It adds lots of moisture but also tends to make baked goods quite cake-y. While snickerdoodles are plush, soft, and tender in nature, I didn’t want them to end up super fluffy and cake-y with excess pumpkin. What’s a gal to do?

But then I got this recipe down and I knew this was a true winner. Super soft, tender and buttery with a light texture that’s still fluffy but not dry and cake-y. Lots of spice (because I am a cinnamon fiend and more spice is better!), and more pumpkin than the original recipe. This also has that traditional snickerdoodle taste and “rise” thanks to cream of tartar. 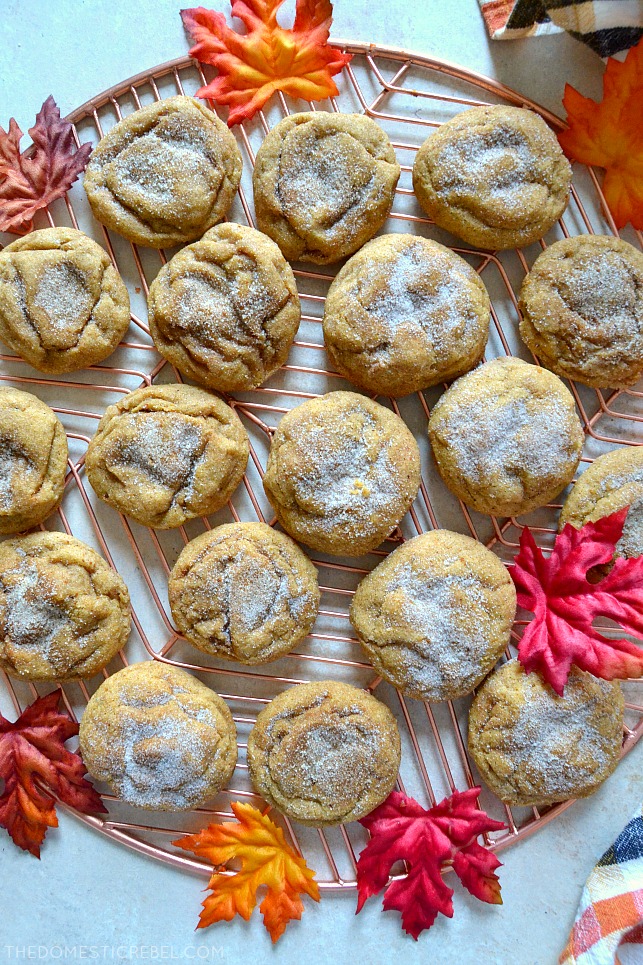 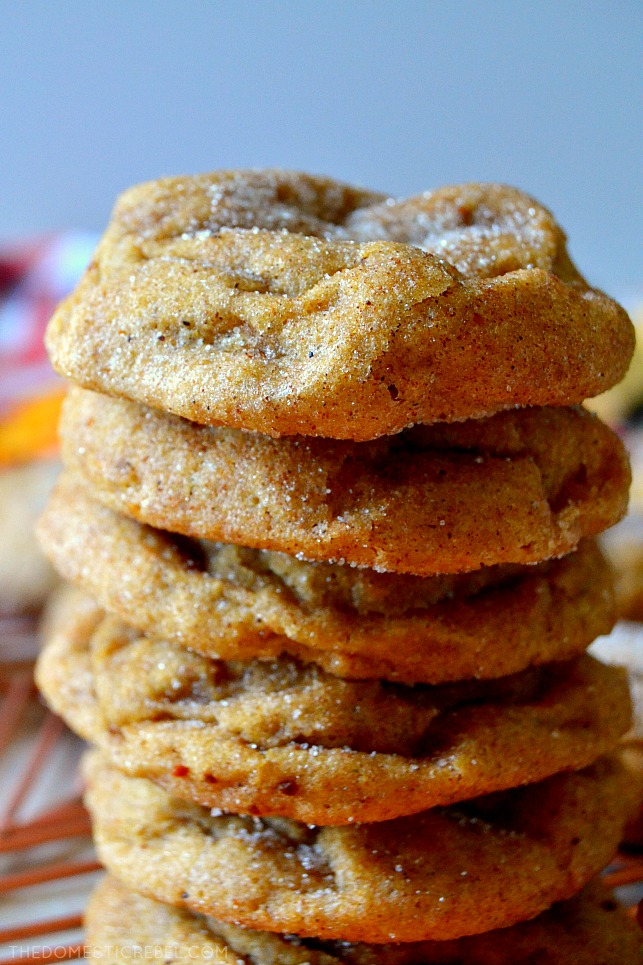 Overall, I think you’re going to LOVE them. I certainly did! I shared them with neighbors and everyone went crazy for them. Admittedly, I’m not a HUGE pumpkin fan (sorry!!) but I put down several of these cookies. The texture and flavor totally makes the cookies as spectacular as they are. 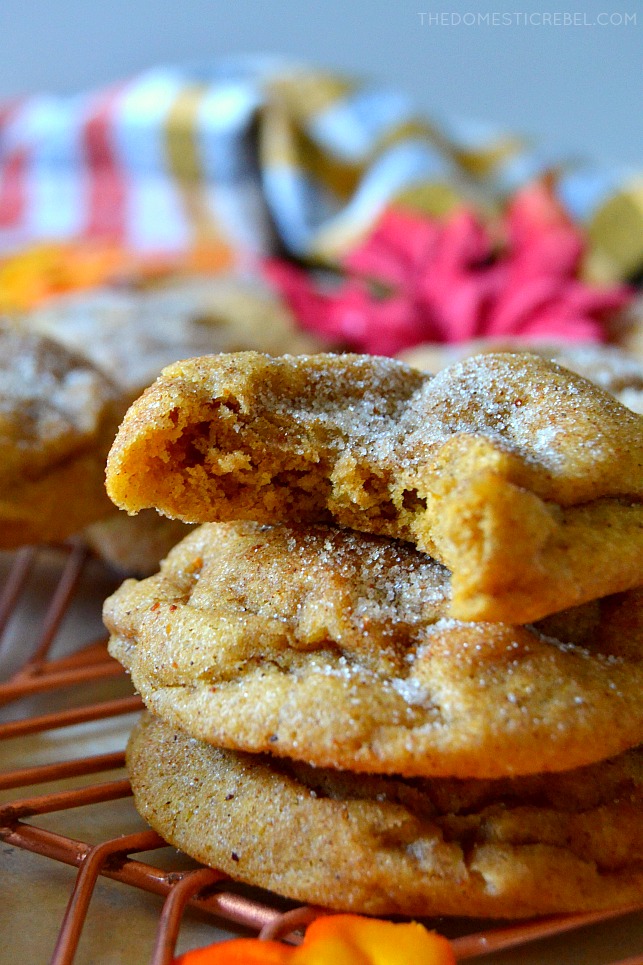 New and improved Best Ever Pumpkin Snickerdoodles. You asked, I improved! And I think you’re going to looooove the changes! 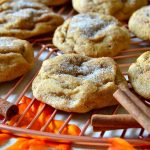 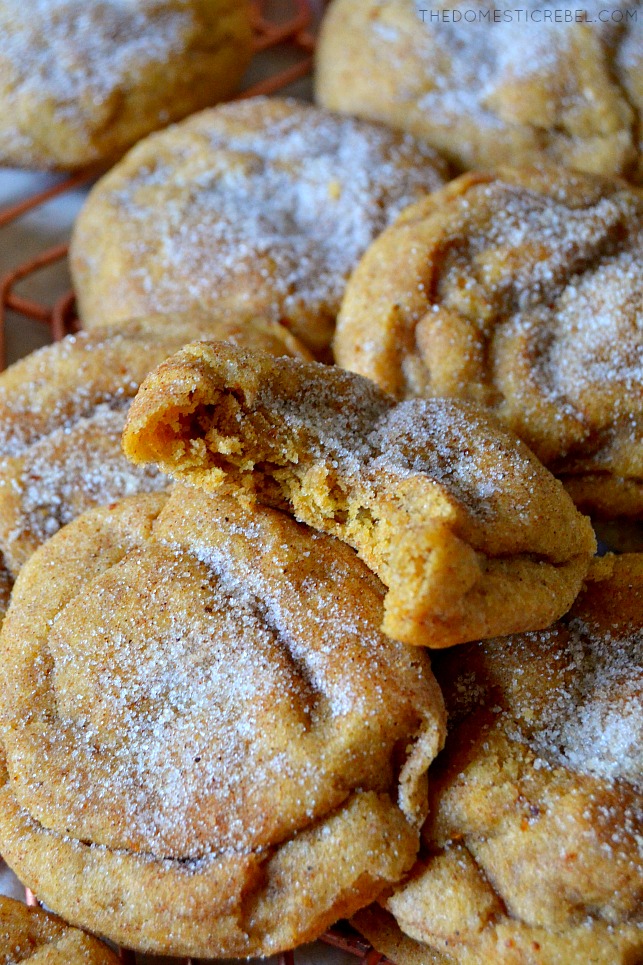 These are SO delicious and they’re my new favorite recipe! I think you’ll agree that this recipe truly is the best ever!