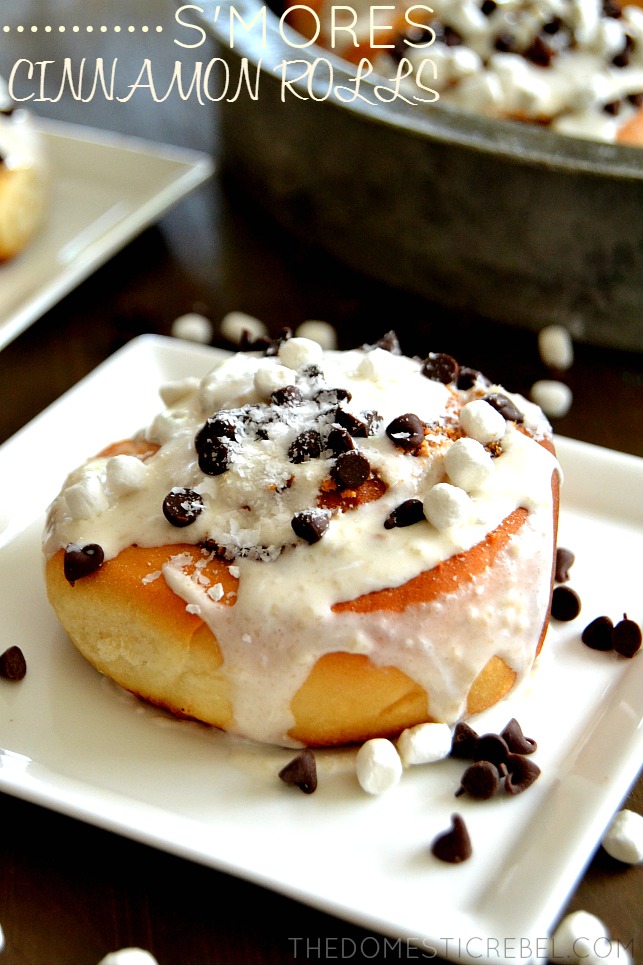 You’d think someone who enjoys organization would like packing, but I really loathe it.

First of all, there’s the serious fear-of-missing-something. I’m always petrified that I’m leaving something vital behind, like pills or mascara, and then there’s the whole debacle about what to wear.

Foooor instance, I hate thinking that I’m packing the ‘wrong’ thing, ya know? Like, what if everyone else is wearing jeans and I’m the only one on a blustery day in a dress? Or what if it’s cold at night and we’re forced to eat outside for some reason? I don’t want to accidentally cut myself while shivering.

So as a result, my packing turns into severe overpacking because I’m so bizarrely worried I’ll pack the wrong thing or won’t have enough options. I need ALL the options because I may think Tuesday is a shorts-day, but who knows. Maybe it’s a striped maxi dress day after all. You just never know these things. I’m no fortune teller.

And as a result of that, I take like, eleventy thousand years to pack and thus procrastinate as much as possible. Ain’t nobody got time for pressure packing. 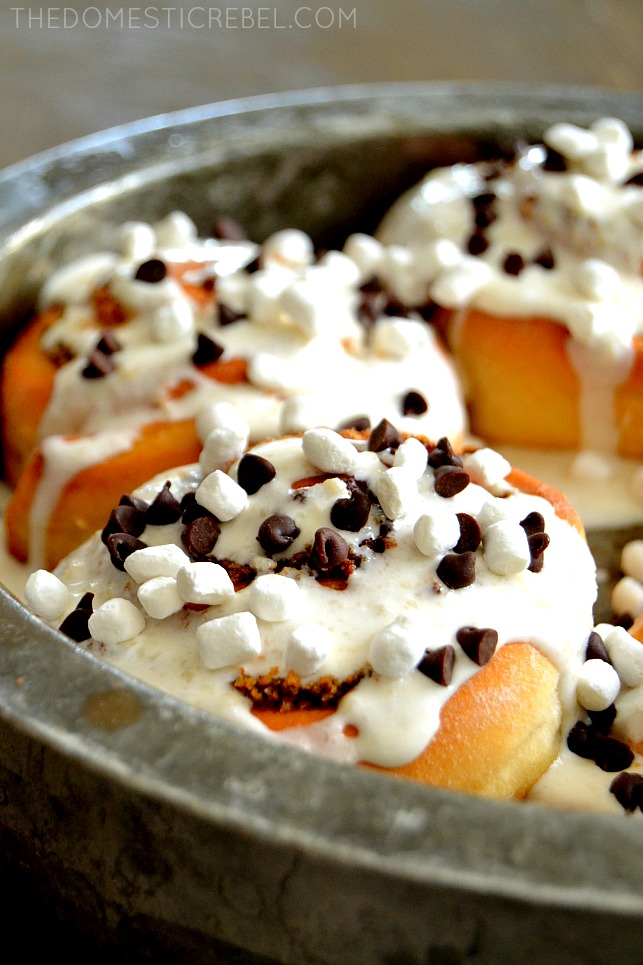 I do, however, have plenty of time for cinnamon rolls, mainly because this recipe is created start-to-finish in just 60 minutes. That’s practically no time at all for homemade, fluffy, soft cinnamon rolls that taste like gooey s’mores. And boy, are these s’mores-y! My family and I could not keep our hands off of them – they’re so soft and plush and we loved the chocolaty, cinnamon-y graham cracker filling that takes these over the top. And don’t even get me started on the marshmallow creme glaze… 🙂

Actually. *Do* get me started. I feel like reminiscing… and continuing my packing procrastination. 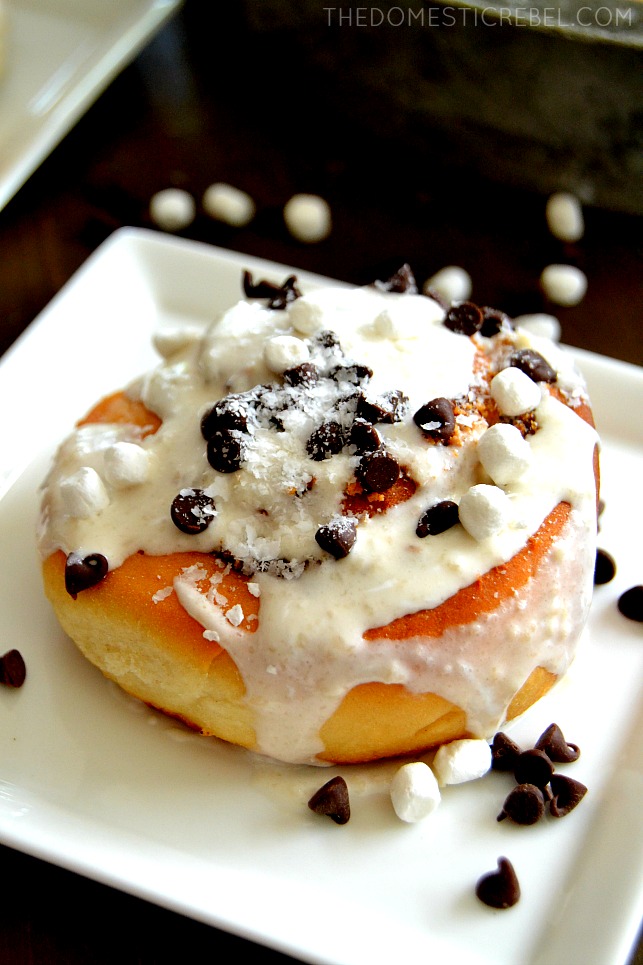 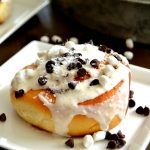 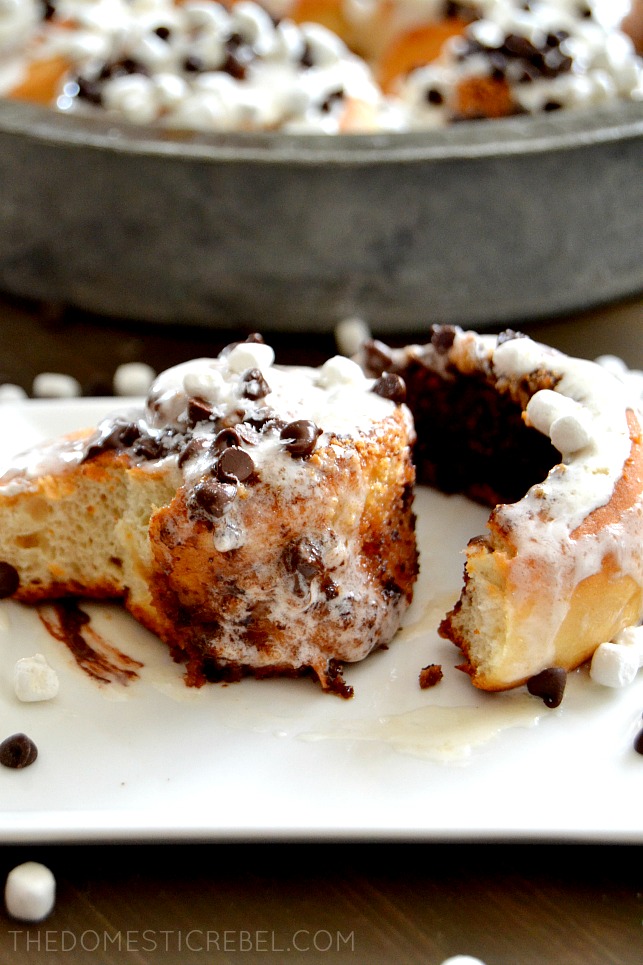 I mean… the gooey factor is out of control. 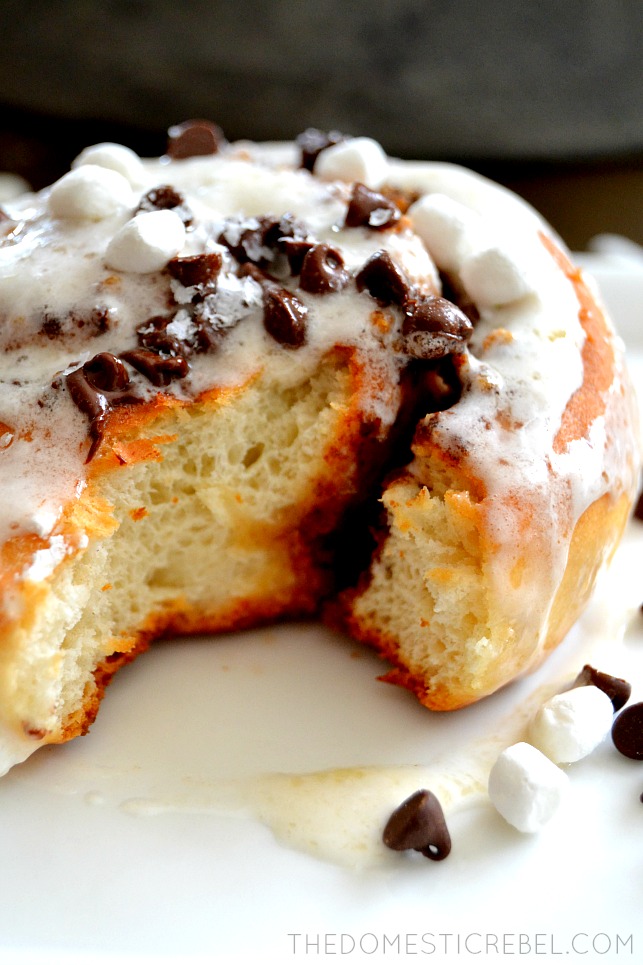 These rolls are so fluffy and delicious – I know you’ll love these cinnamon rolls and their delectable filling and topping!