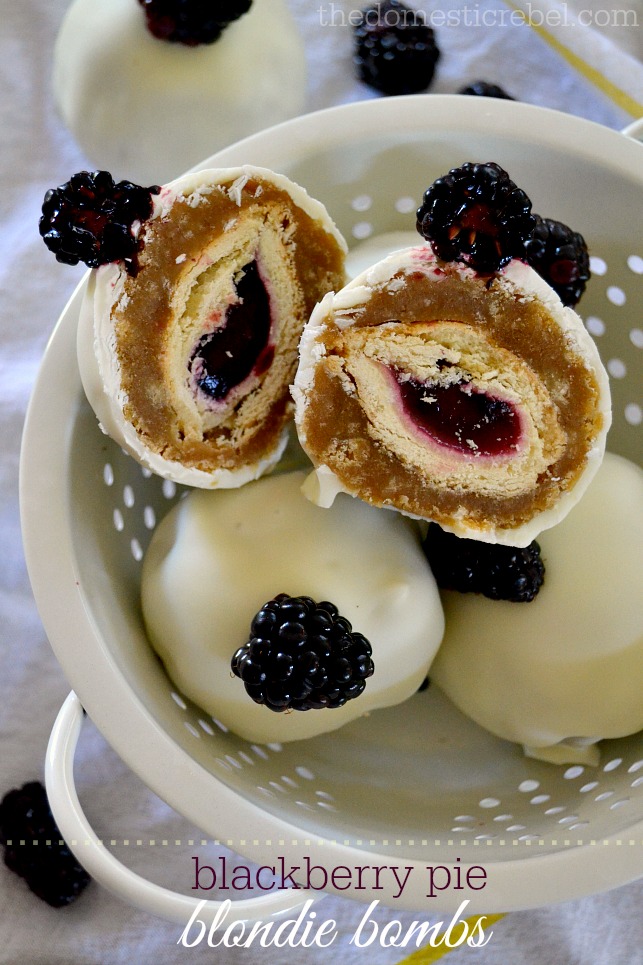 I’d like to preface this by saying I typically loathe blackberries with an intense passion.

(I know, right? I am weird. Newsflash of the century, really).

This probably has to do with the fact that I am pretty sure they are the berries I stuffed my face with in my freshman year of high school from the mystery bush that protruded from a backyard onto the field where we had P.E. I remember feeling very strange after that, so maybe they weren’t blackberries after all but instead some strange hallucinogenic berry I consumed. Or poison.

And then there’s the fact that I had this ex boyfriend who like, loved blackberries. He always talked about going blackberry picking in Washington and bought handfuls of pints at Trader Joe’s. Because I really liked him, I tried to really like blackberries. I mean, tried as hard as I tried to like going to the gym (which he also liked to do), tried to like wearing tank tops (which I feel only enhance my broad shoulders), and tried to like getting pedicures (which he didn’t like to do, but I feel so weird about doing for some unknown reason).

Shocker of the year? It didn’t work. I never could get there mentally. So I threw out all my tank tops and gave up liking blackberries. C’est la vie.

But, since I like YOU and you probably like blackberries (as most of the population does), I decided to make YOU these blondie bombs bursting with blackberry goodness. Note that these are actual blackberries, not mystery fruit from your high school’s track field. This is an important factor here. 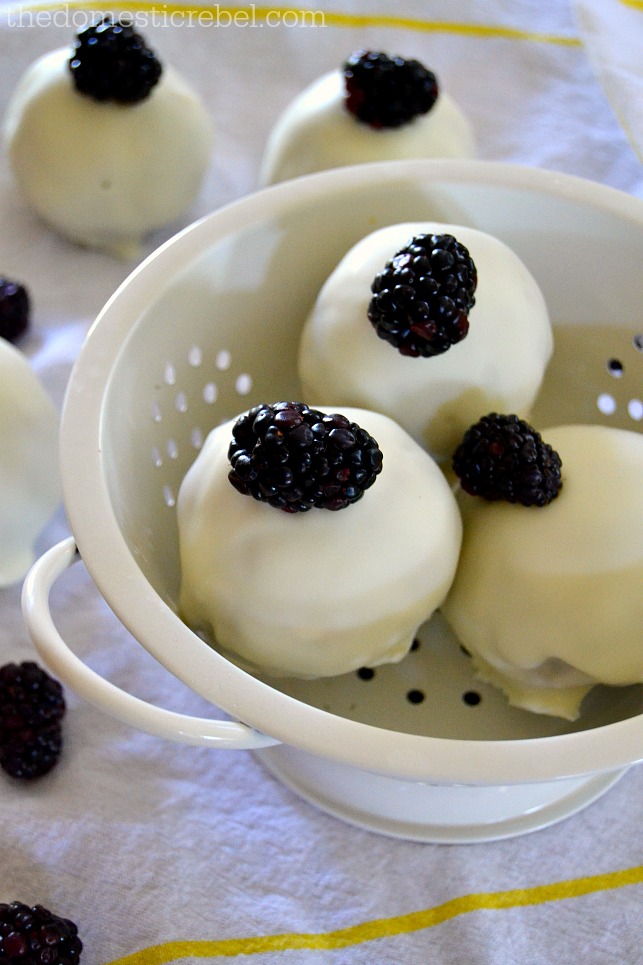 These Blackberry Pie Blondie Bombs start off like this: a fudgy, brown sugary blondie is wrapped around a teensy piece of crisp and juicy blackberry pie. Then the whole thing is dunked under a blanket of white chocolate and adorned with a single blackberry. Simple, beautiful, and scrumptious. And? I liked them. I actually liked them. Probably because it involved pie, but whatever. I liked them. Tank tops? Still no. Gym? HA.

For these bombs, I used those simple $1 handpies you can find at any supermarket or convenience store – you know the ones in the crinkly paper wrapper. You can use any fruit-based pie you’d like and I’m particularly drawn to the idea of using apple or cherry, but for this I used a mixed berry which tastes more blackberry-ish than anything else. Again, any fruit filling will work. Leave the chocolate and banana cream for yourself for now, save the fruity stuff for bombing later.

Bombs away, my blackberry friends! 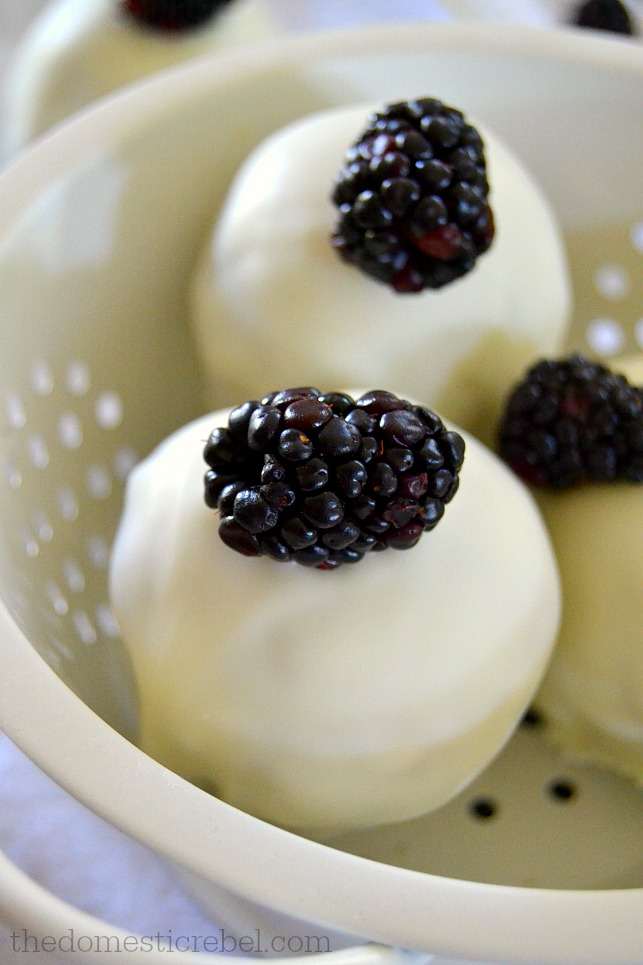 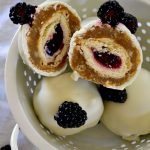 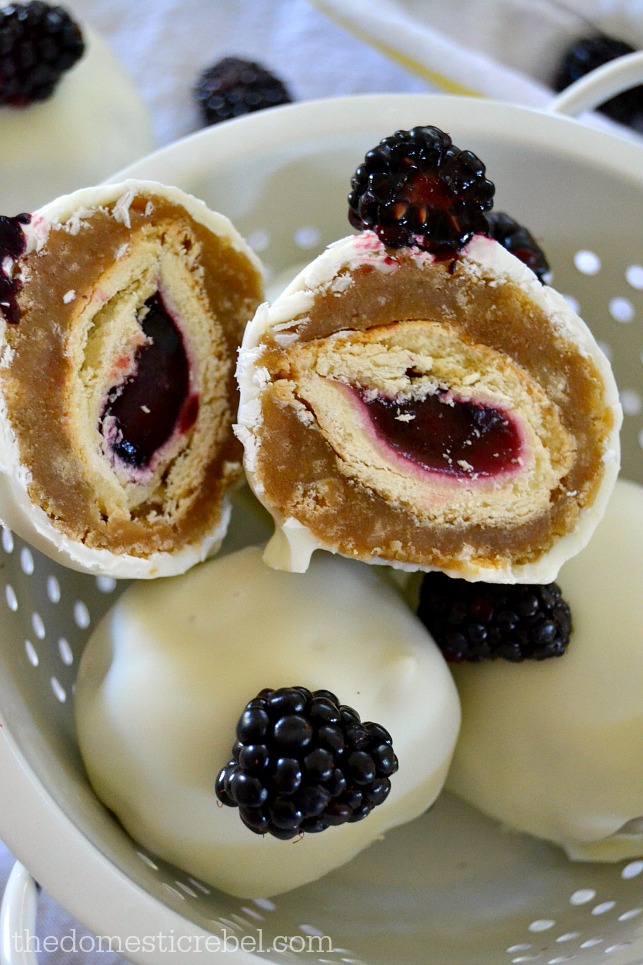 These are so fruity, sweet and perfectly spiced from the buttery blondies, the crisp pie crust and the juicy brightness of the blackberries. You could also drizzle these with chocolate for a prettier look and for a contrast in flavor and color.

Hope you have a sweet day!