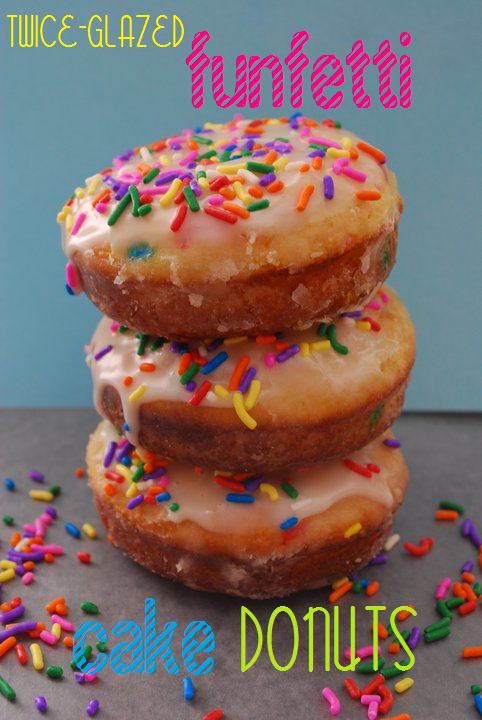 I know I shouldn’t, but I always feel bad when I receive less-than-stellar service somewhere and feel the need to publicly complain about it.

It’s like I empathize that they suck but not enough to announce to the world that they do.

My dad hates that I do this… Dad, I inherited this trait from Mom.

While I’m in the moment, experiencing the sucky situation, I don’t say anything unless I’m like, ridiculously super dee duper peeved. And most of the time I’m only a mere ticked on the Piss Off scale.

Yeah, there’s such thing as a Piss Off scale. Every body has one. Don’t deny it; slow drivers and diets are usually on the top of mine. Along with this wretched heat.

Now that the sucky situation is long-since over, I feel like I finally have the freedom to complain about this awful experience.

As you know, Jessie, my super hot boyfriend, and I went to Santa Cruz on Monday.

We had an amazing lunch in the city and spent a good deal of time getting burned silly on the beach before heading off down scenic Highway 1, stopping at random beaches along the way in Davenport and Half Moon Bay.

While we were exploring beaches, nature called–in the sense that we were hungry, and since Highway 1 is pretty rural and/or remote, we needed to find somewhere to eat before our long journey back to Sacramento.

So I pulled out my handy-dandy iPhone and searched my ‘Around Me’ app to find some local places to eat. Initially, we wanted the authentic clam chowder–hello, we were right on the ocean–but the only nearby (trustworthy) restaurant that offered it was way too expensive.

And then I realized I wanted breakfast food.

Don’t tell me breakfast doesn’t sound totally freaking awesome for dinner sometimes. Especially a long, grueling day of relaxing in the surf and sun with your extremely good-looking boyfriend.

So I suggested we find a Denny’s. And I distinctly remember saying this out loud to my good-looking boyfriend. I also distinctly remember envisioning sitting down in a cracked booth, eating turkey bacon and smothering my dry wheat toast in gravy from my inhaled-biscuits-and-gravy plate. I don’t remember salivating, but I’m 96.75% sure I did.

Anyway, so we were driving down Highway 1, approaching more rural-ness when I realized it was crunch-time and I needed to Google search for a Denny’s fast before we hit traffic, more rural-ness and ended up starving to death in our quest for Baconalia.

But since I don’t have unlimited data (I again blame my mother for this–just kidding, kind of) I was fearful I’d be charged an additional fee since I’d used my phone to unnecessarily update my Facebook status on the beach so my friends back home would be jealous.

Therefore, I had minimal time to find a Denny’s within a 50-mile radius, or any Denny’s at all.

Since it was down to the wire, I began reading off the nearby restaurants. We pulled into a shopping center to be briefly enticed by ‘Straw Hat Pizza’ only to find some sketchy looking dude manning the front door. My so-cute boyfriend even remarked, “That place looks sketchy.” And we laughed about how we would never eat at a random sketchy pizza parlor.

Fast forward to five minutes, and we’re pulling into the parking lot of another pizza place. Folks, welcome to Harbor Pizza: a hole-in-the-wall joint with absolutely no identification on the building, one lonesome car parked out front, and nary a soul in sight.

There were no red and white checkered tablecloths, no Italian music, no Mario & Luigi lookalikes. It was just a yellow dump with two Hispanic dudes working a kitchen the size of a walk-in closet, a stark absence of any kind of menu, and formica tables that even people in the 1970’s would questioningly raise their distasteful eyebrow to.

So naturally, we ordered, momentarily forgetting our bold proclamation about never eating in a sketchy pizza place said just minutes before.

And as we approached the counter, we were greeted with a semi-expectant ‘hi’. As if ‘hi’ was all that needed to be said. As if we were somehow trespassing into this dumpy pizza parlor and the lackluster dude behind the counter wanted to know why the hell we were standing there on his sketch turf.

“Um, we’d like to order a pizza?” Jessie said it in such a way, even he sounded unsure of what we were doing there.

“Kay,” the guy responded, with so much enthusiasm, I nearly burst at the seams from excitement overload.

It was really too much to handle.

So, being big BBQ chicken pizza fans, Jessie and I ordered the BBQ chicken pizza with no red onions (the poor boyf is allergic–depressing, I know). And for a medium size–10 pieces–I shelled out TWENTY ONE DOLLARS.

It was equivalent to how one must feel if someone was holding me at gunpoint, asking me for twenty one dollars.

I literally wanted to cry. <—that would have been my cue to back out, say “nevermind, we have a prior commitment that I just remembered the very second you raped my ears with the notion of paying twenty one dollars for a pizza from this joint” but alas, I didn’t and forked over my sweet dollars and we sat down.

Between being eye-balled by the creeps behind the counter, and watching the lackluster-“hi” bald guy stand around, bored out of his neanderthal skull, and somehow waiting fifteen minutes without running out of there, screaming, we finally got our “BBQ” chicken pizza.

Just because there’s some BBQ sauce haphazardly slapped onto some HUGE chunks of chicken (seriously, it was like a quarter of a chicken breast–it would have been bite-sized to a tyrannosaurus Rex, or maybe Godzilla) does NOT make it a BBQ chicken pizza.

That’s like saying your Honda Civic is a sports car because you lug your sports equipment in the back. Or that a muffin is an unfrosted cupcake. Or that paying twenty-one dollars for a medium pizza is reasonable.

While eating our “BBQ” chicken pizza, which, according to the menu printed up on Microsoft Word, included: BBQ and white garlic sauce, tomatoes, red onions (omitted by special order), BBQ chicken, cilantro, and two cheeses, I noticed that our pizza, with the exception of the omitted onions, was missing some much-needed cilantro (I could have used like, a good bushel), as well as the BBQ…anything.

I don’t know if they accidentally used the non-BBQ flavored BBQ sauce, but that pizza was definitely not BBQ. Hence the “BBQ”.

In fact, if anything, it tasted like cheese. Lots of cheese. Like someone shoved Sargento in my mouth, forced me to chew and brainwashed me into thinking it was pizza.

I feel like the creeptastic cooks in the back were told to try and emulate a Lean Cuisine pizza. As far as I’m concerned, LC’s BBQ chicken pizza was freakin’ gourmet compared to this concoction.

Meanwhile, while I ate my cheese with a side of kinda/sorta pizza, I was being watched by the bald guy and the creeptastical pizza dudes the whole time.

I’ve heard of dinner-and-entertainment, but I didn’t enjoy being the entertainment. And if Jessie weren’t there, the dinner.

Finally, after managing to eat two pieces of “pizza”, taking the whole chicken off my slice, we boxed it up and sped out of there as fast as humanly possible (which was about 15 MPH–the speed limit’s there suck).

The worst part about this experience was the entire experience: the lackluster bald guy wearing Sketchers Shape-Ups while simultaneously trying to look badass; the creepy dudes making our I-wish-it-were-frozen pizza-“BBQ”-chicken-pizza; the scary, unmarked pizza place; the missing cilantro; and spending that insane amount of money on a pizza I wouldn’t feed my dog.

About 10 minutes later, we drove past a Denny’s.

I kind of died inside.

And I was really mad.

If I’ve ever thought about storming into a building and stealing their money, I would do it to that pizza place to get my twenty-one dollars back. If they wanted, I would easily (and happily) hurl what I did eat and hand it to them on a plate–it wouldn’t have been much different looking or tasting than what they served us.

So since, I’ve had a pretty big hankering for breakfast food. And because of me and Jessie’s traumatic experience, I decided to make some doughnuts for breakfast. But not just any ol’ doughnut. I wanted a doughnut to celebrate the fact that we’re alive and didn’t die of food poisoning or cannibalistic pizza men. So I made Funfetti Cake Donuts. And I double glazed them, because that’s what celebrating life means.

1. Preheat oven to 425 degrees F. Lightly grease two doughnut pans with cooking spray. In a large bowl, combine cake mix, buttermilk, eggs and melted butter and beat with an electric mixer until blended and smooth, about 2 minutes.
2. Carefully transfer donut batter into a large resealable gallon-size Ziploc baggy. What I do is unzip the baggy, gently roll the edges over about an inch, and tuck the bag part into a large bowl. This prevents the edges from getting coated with batter and helps hold it while you spoon the batter in the baggy. Carefully pour the batter into the open baggy. Seal the air out of the baggy, and close shut. Make a small cut off the tip of one end of the baggy.
3. Pipe your batter into your prepared doughnut pans, about 2/3 full. If you have mini doughnut pans, you can use the remaining batter to make baby ones, as I did. Bake the large doughnuts for about 7-9 minutes, and the babies about 5-7 minutes, or until doughnuts are a light golden brown. Let cool about 5 minutes in the pan, then gently loosen them and pop them out onto a wire rack. If needed, run a butter knife along the edge of the doughnuts to release them. Prepare glaze.

1. In a medium saucepan, combine above ingredients. Whisk to blend over low-heat, keeping mixture thin and warm. If mixture starts to boil, remove from heat. Dip slightly-cooled doughnuts into the glaze, turning with a fork to coat both sides. Place on a wire rack set atop of a piece of wax paper, to catch the glaze drippings. Let set and cool about 10-15 minutes. Prepare frosting glaze.

1. In a medium bowl, blend above ingredients until a nice thick frosting glaze is formed. If too thick, add small splashes of milk. If too thin, add more powdered sugar, about 1 Tablespoon at a time. Dip tops of glazed doughnuts into the frosting and quickly turn to coat. Sprinkle frosted doughnuts with jimmies or sprinkles, and allow to set, about 5 minutes, on the wire rack.

These are best served fresh the same day. Keep them in a paper bag if you have leftovers; they made an excellent before-dinner snack. 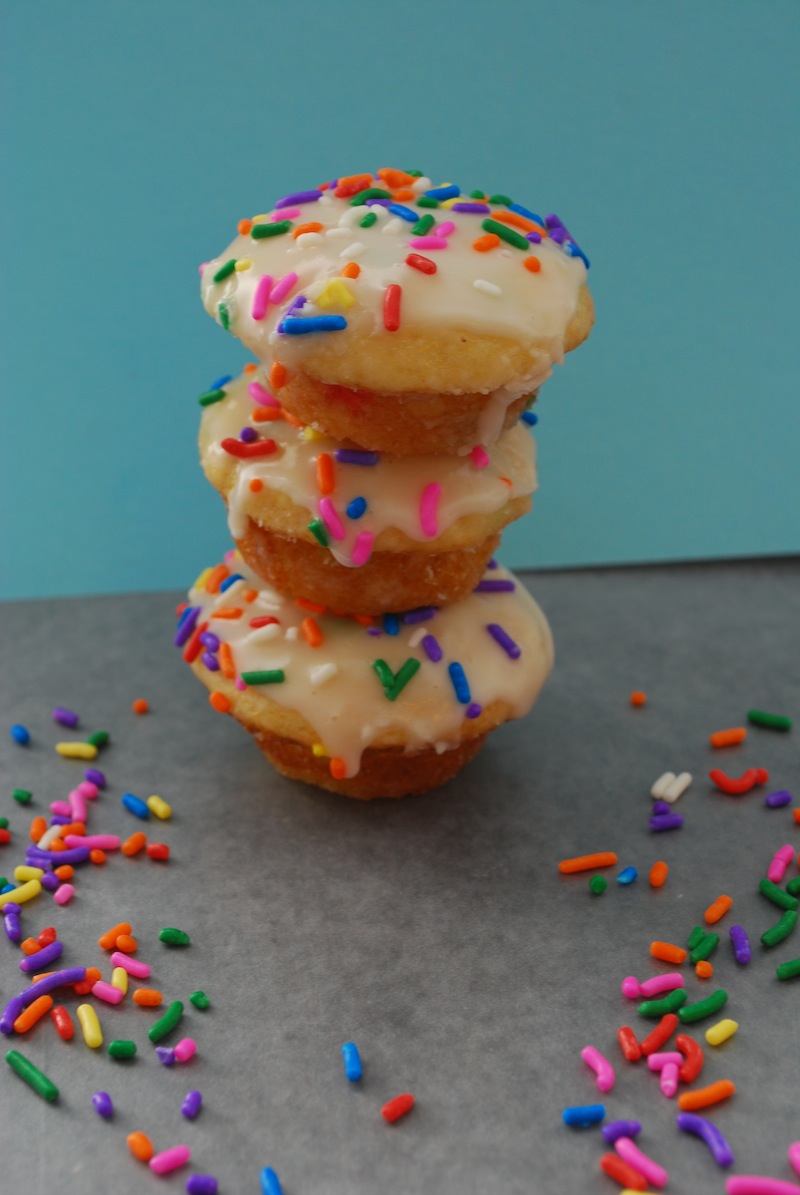 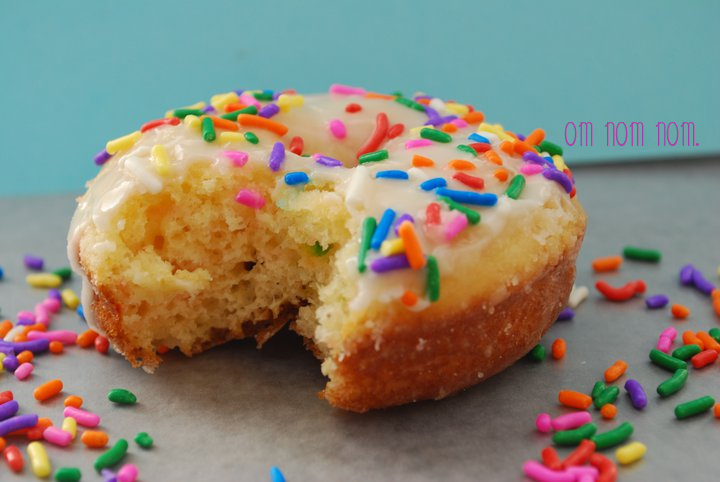 The next time you’re in Half Moon Bay and craving pizza, hit up the Safeway and buy a Lean Cuisine… or wait til you get to Pacifica, because THERE IS A DENNY’S! God bless you, Denny’s.

Enjoy these, and thanks for reading!