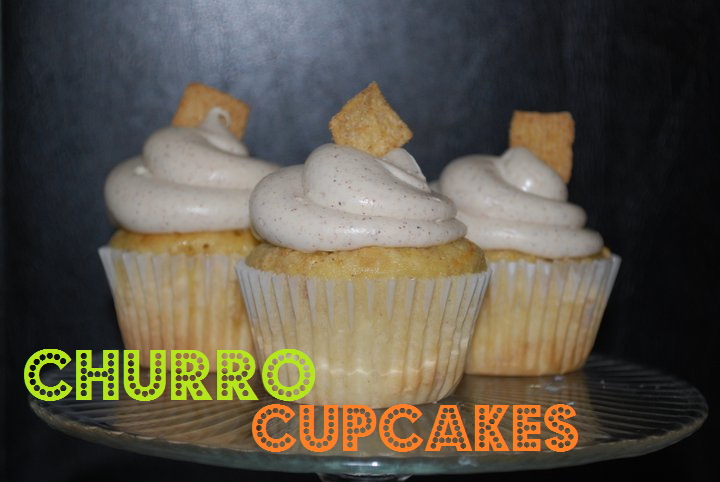 I have yet to meet a thoughtful human being who dislikes churros.

For those of you who are ignorant to what a “churro” is, allow me to explain. It’s like if those cinnamon twist things from Taco Bell made sweet food love to a donut and they had a baby that was soft and warm and covered in cinnamon sugar and Disneyland sold it for $4.50 each. Or at least, that’s how much it was when I was last there in 2008. Now it’s probably $10, but screw the dorky name-badge key chain and get one because they’re amazing.

Everything in Disneyland is amazing. But that’s another story for another time.

Churros are delightful little inventions, and I’m pretty sure they’re Mexican. You know how some things (Taco Bell, Del Taco) are associated with Mexican food but they are definitely not Mexican food? I am positive churros are legitimately Mexican, and if they aren’t, the Mexicans would be stupid not to adopt this donutty dessert into their menu forreal.

But I don’t even know why I’m explaining churros to you guys. If you read my blog you have to be a thoughtful human being who already is well aware and super familiar with this amazing treat. I don’t know any stupid people.

That’s a lie, but it’s also wishful hoping that I didn’t actually know a bunch of stupid people.

But don’t worry–I’m not calling you stupid. I’m calling those dumb people that linger in my life like those annoying gnats that fly in circles the stupid ones. Just to clarify.

You aren’t stupid … unless you don’t make these cupcakes.

Then that’d really be dumb.

And I would pity you immensely.

I adapted this recipe from The Cake Mix Doctor’s Cinnamon Toast Crunch recipe. To be honest, this has more of a cinnamon-y, snickerdoodle flavor than a churro per se, but they both have such similar flavor profiles it’s a negligible difference.

And it’s made with Cinnamon Toast Crunch. I mean, that’s one of the best cereals ever. So a cupcake + awesome cereal = one awesome cupcake. You can thank me later, smartypants. 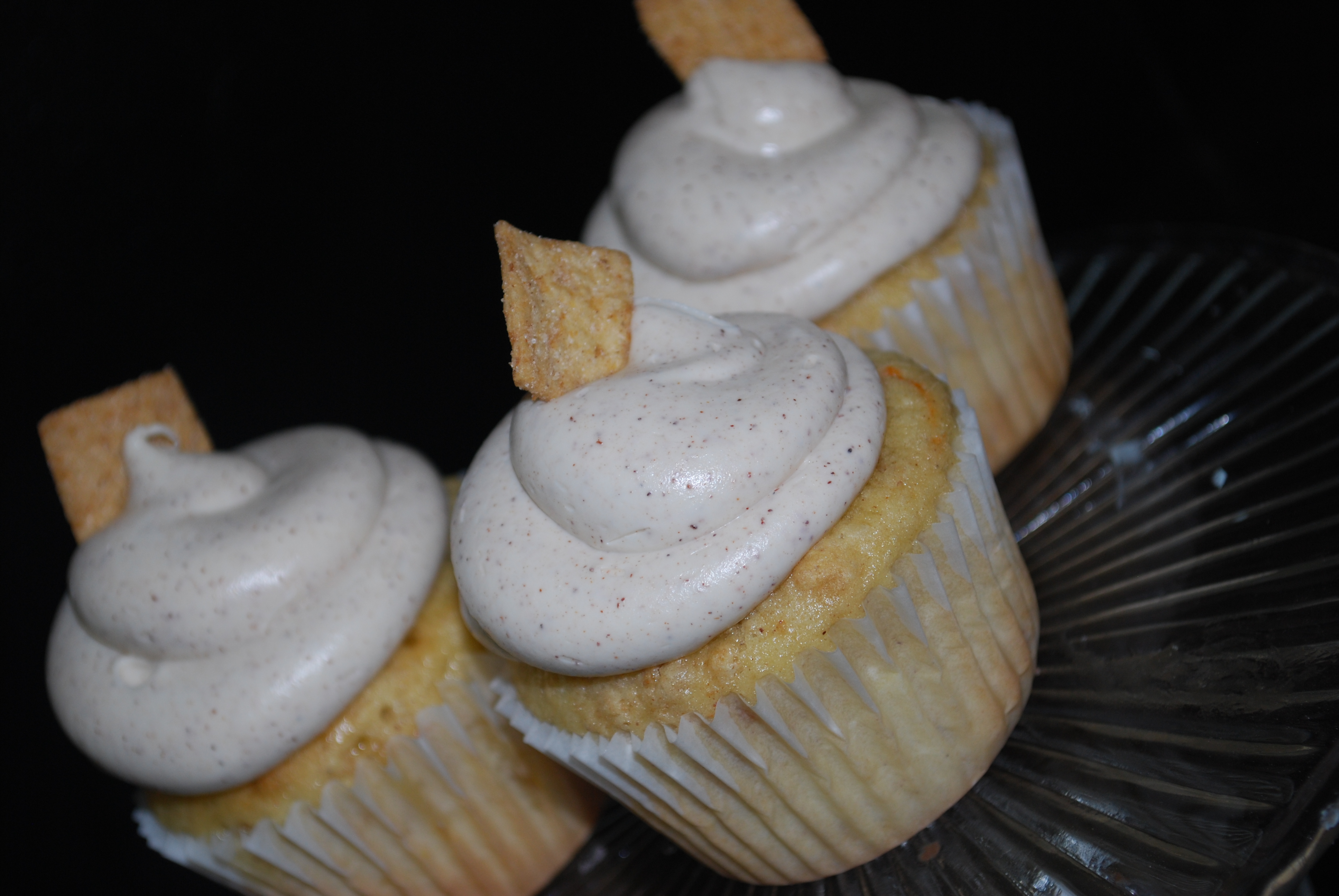 1. Preheat oven to 350 degrees F. Line 2 muffin pans with paper liners. In a large bowl, beat together cake mix, eggs, oil, 2 (two) teaspoons of cinnamon and water until well blended. Stir in pudding mix until incorporated. Lastly, stir in crushed cereal pieces completely. Divide evenly into muffin tins and bake, approximately 13-15 minutes or until a toothpick inserted in the center comes out clean. Cool completely.
2. Spoon frosting into a large bowl and stir in additional 2 teaspoons of cinnamon. Scoop frosting into a piping bag or spread onto cooled cupcakes. Top cupcakes with one cereal square, or crush additional squares and sprinkle crumbs on tops of cupcakes.

These would be really great hot out of the oven, served sans frosting but with a scoop of vanilla bean ice cream. Just sayin’.

We’ll tell Disneyland to get right on it.