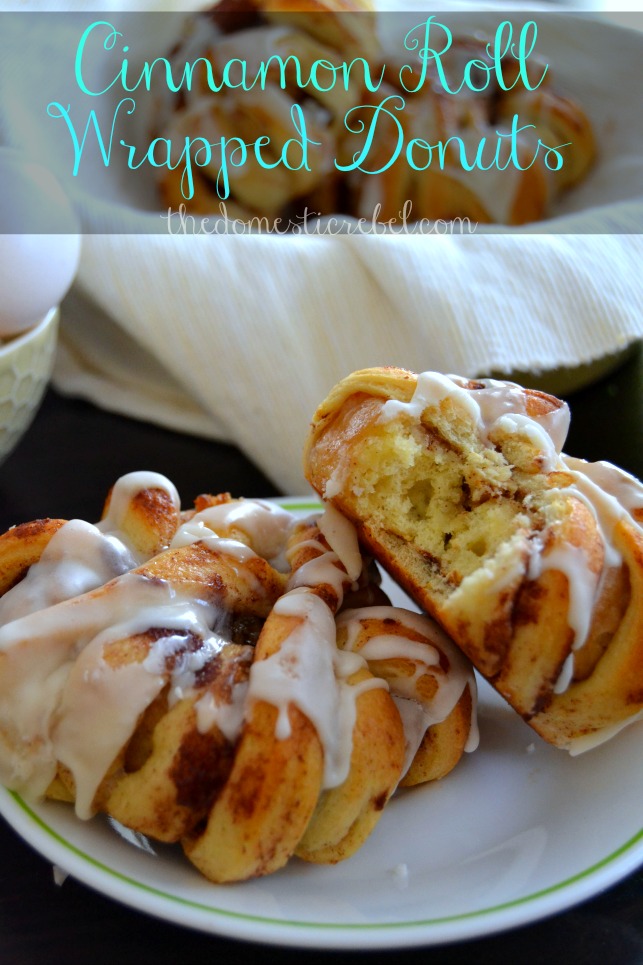 Let’s get straaaaaaight to the point here.

Cinnamon Roll Wrapped Donuts.  I know you’re going over the previous sentence trying to find some kind of typo but I’m afraid there’s none.  That sentence reads exactly how it shows.  Cinnamon roll wrapped donuts.  Heavens to Betsey.

Breakfast is one of my favorite meals simply because of the sheer amount of options and the fact that a huge majority of options are somewhat dessert-like (muffins, scones, danishes).  I love that people would typically judge one for noshing on cake for breakfast, but no one says a peep about shoveling cinnamon rolls in your face during the AM hours.  Breakfast food rules.

But usually when it comes down to it, I’m stuck between two beloved options: the donut, which I believe to be the perfect food in all the land, and the cinnamon roll, which comes in at a close second for being somewhat donut-like and extra cinnamon-y.  But choosing between the two is really grueling and usually results in me screaming and crying in a corner while someone tries to console my broken soul.  It’s kind of a big deal, and I hate how splotchy and streaky my face is after this cataclysmic trauma.

So I did what any broken soul would do: I decided to put on my mad scientist hat and combine the two into one seriously unique, SERIOUSLY INDULGENT breakfast/dessert.  It is not calorie-friendly, it does not care about your diet and stopping at only one will be futile.  But it is perfect for those life-or-death choices we sometimes face between cinnamon roll and donut. 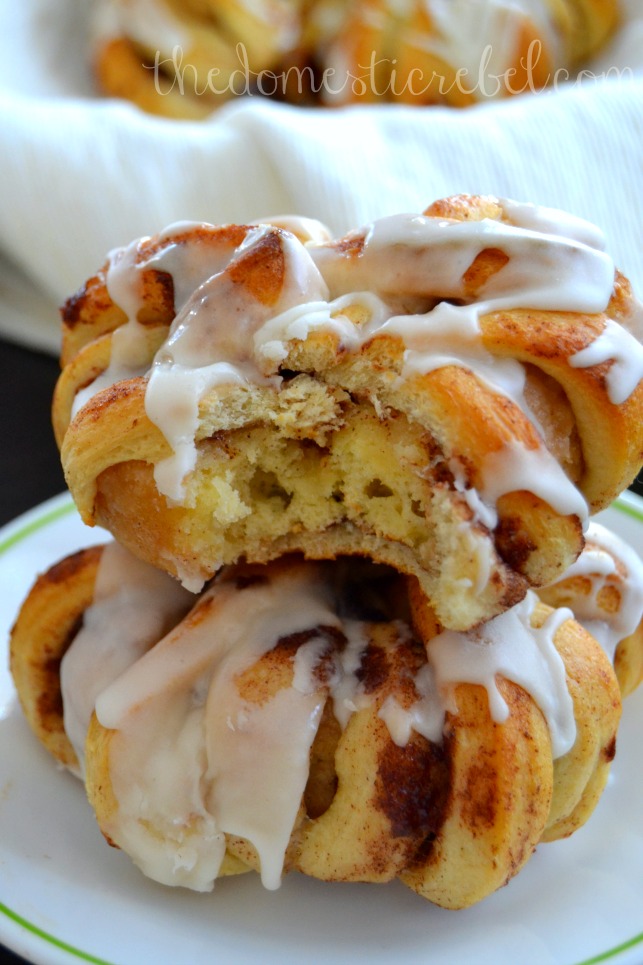 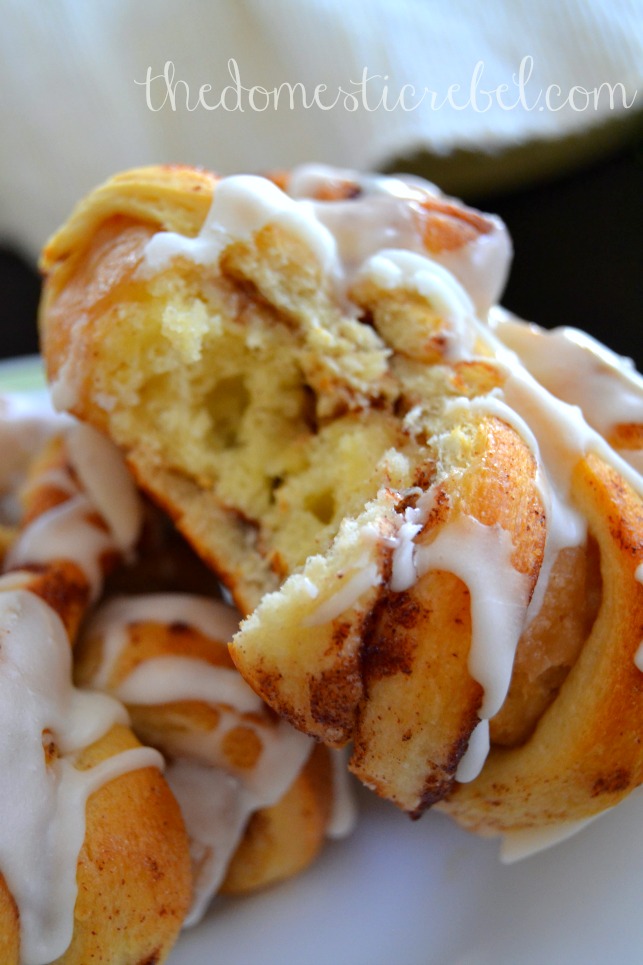 I love using Pillsbury’s Cinnabon Cinnamon Rolls because they’re GIANT, are easy to unravel to coil around these donuts, and are bursting with incredible cinnamon flavor.  They taste identical to Cinnabon’s classic, puffy rolls but without the guilty trip to the mall 🙂 and once wrapped around a dense, chewy donut it takes on a whole new level of awesomeness.  You still get the light and chewy texture of the donut blanketed within the flaky, spicy layers of the cinnamon roll.  And the glaze on top — Mama Mia.  To switch things up, try using different flavored donuts, like chocolate glazed, maple, or crumb.  You could also use different kinds of cinnamon rolls, like the Orange Sweet Roll or the Chocolate Roll for a different taste and texture.  The possibilities are endless.. and endlessly delicious 🙂